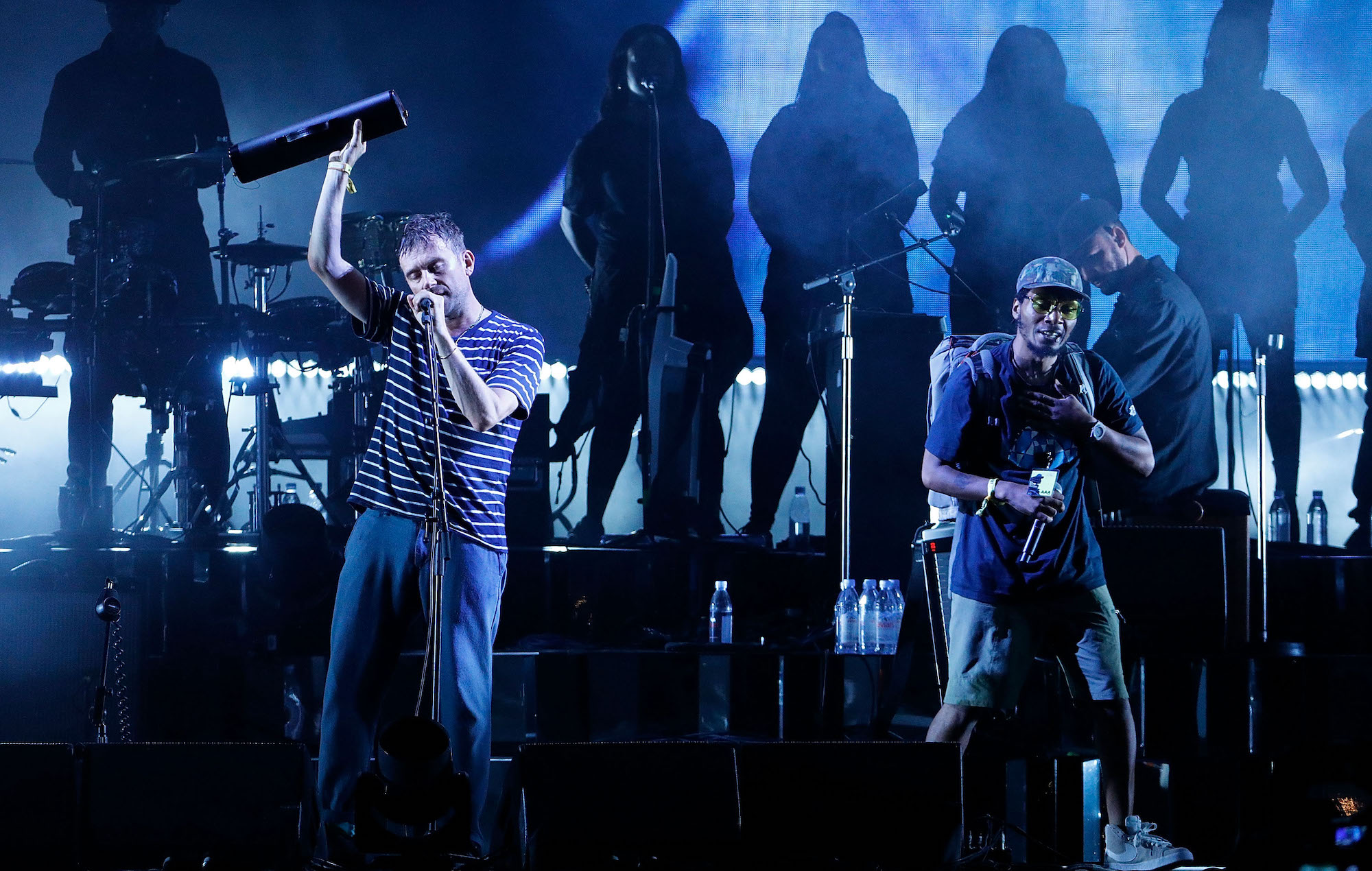 Gorillaz and Del the Funky Homosapien performed ‘Rock The House’ live for first time at a gig this week – see footage below.

The track appears on Gorillaz’ self-titled debut album from 2001, one of two collaborations between the pair on the record – the other being hit single ‘Clint Eastwood’.

In 21 years, they had never played ‘Rock The House’ live together until this week in San Francisco, when they gave the track its first airing at a show at the Chase Center on Wednesday (September 21).

After Damon Albarn teased to the crowd that they were set to “play a song we’ve never played before with Del,” they shared the live debut of ‘Rock The House’.

See footage of the performance below.

‘Cracker Island’ will be released on February 24, 2023 via Parlophone (pre-order here) and marks the follow-up to 2020’s ‘Song Machine, Season One – Strange Timez‘.

The virtual band has a host of collaborators on their eighth studio album including Stevie Nicks, Bad Bunny, Beck, Thundercat, Adeleye Omotayond and the aforementioned Tame Impala and Bootie Brown.

Press material about Gorillaz’s new album states: “Originally based at Kong Studios in West London, the group of musical misfits – Murdoc, Noodle, Russel and 2D – have relocated to Silverlake, California as they recruit new members to join The Last Cult in search of the one truth to fix the world. Reports from the Golden State indicate that Murdoc is in love with the lady next door. Russel is glued to the TV. Noodle is compiling a handbook of wisdom and knowledge. And 2D is busy being 2D.”

Guitarist Noodle said of the their new record: “’Cracker Island’ is the sound of change and the chorus of the collective.” Drummer Russel added: “When the reckoning comes, gotta be ready to step through the gateway. Cracker Island’s got the entry codes…”.