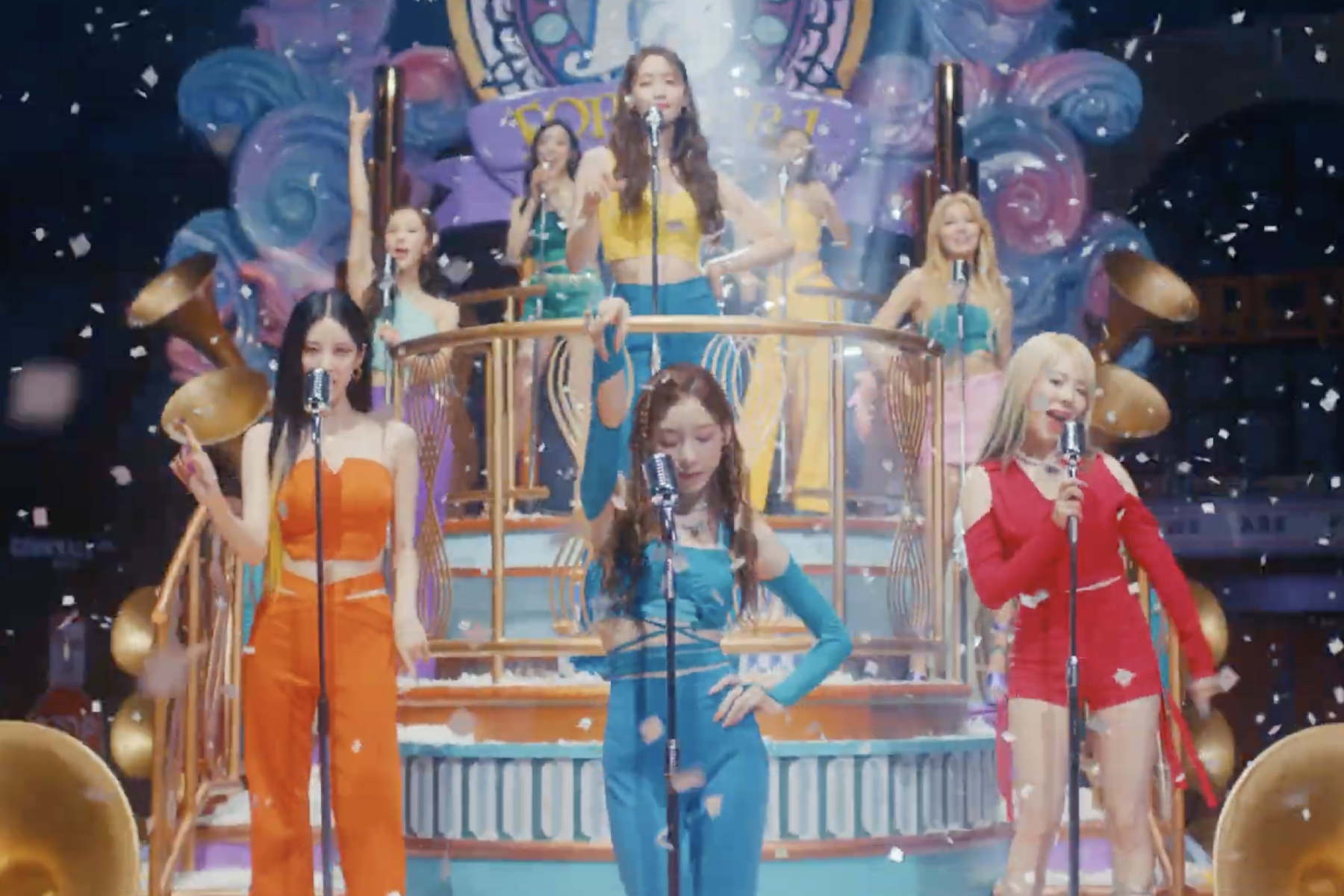 After a five-year hiatus, K-pop outfit Girls’ Generation is back with a brand new album, Forever 1, released alongside its jubilant and carefree eponymous single. The new music marks the group’s seventh Korean-language album and coincides with the 15th anniversary of their debut single, “Into the New World.”

“Forever 1” is accompanied by a music video, which finds members Taeyeon, Sunny, Tiffany, Hyoyeon, Yuri, Sooyoung, Yoona, and Seohyun living the high life — flying on private jets, riding in limousines, being bombarded by paparazzi, DJing at clubs — while also performing together in tightly choreographed scenes on a cruise ship and a colorful parade float. The song’s lyrics alternate between a playful love song and a celebration of the group’s longstanding relationship with each other (“Girls, We are forever/Yeah, we are, We’re still forever one,” the girls sing on the chorus.)

The single was written and produced by K-Pop hitmaker Kenzie, known for her repeated collaborations with Girls’ Generation and other SM Entertainment-associated acts including BoA, Red Velvet, Shinee and NCT 127. It’s a full-circle moment for the celebrated songwriter and Girls’ Generation, as Kenzie composed “Into the New World” for the group back in 2007.

Shortly after the release of their studio album Holiday Night, Girls’ Generation went on hiatus in October 2017, allowing members to pursue a variety of solo opportunities, including releasing individual albums, acting and modeling.