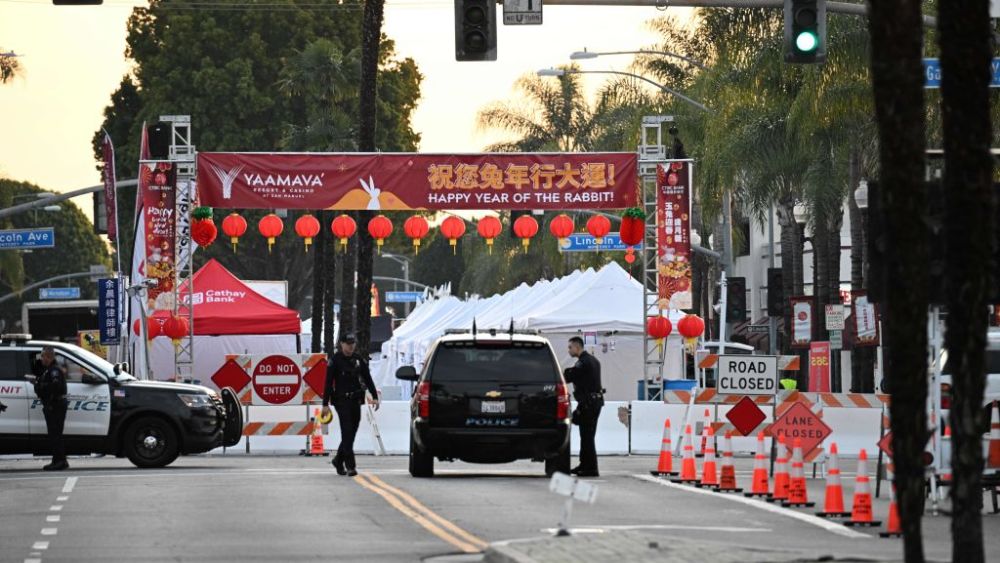 The suspect, who is still at large, entered a ballroom dance studio just after 10 p.m. and began shooting. Monterey Park’s Lunar New Year festival has been canceled as a precaution.

At a news conference Sunday morning, Los Angeles County sheriff Robert Luna said, “We’re all going to be hurting.” He said a male suspect fled the scene and remains wanted. Luna also stated that the “very preliminary” description of the suspect was “a male Asian.”

The sheriff disclosed that five males and five females were killed in the shooting.

California governor Gavin Newsom called the massacre “horrific and heartless.” President Joe Biden wrote, “Jill and I are praying for those killed and injured in last night’s deadly mass shooting in Monterey Park. I’m monitoring this situation closely as it develops, and urge the community to follow guidance from local officials and law enforcement in the hours ahead.”

Numerous people expressed their outrage over the violence on Twitter, including actor Simu Liu, who wrote that he was shocked, saddened, angered and heartbroken.

Actor Daniel Dae Kim took a moment to acknowledge the shooting at an appearance at the Sunrise Collective venue at the Sundance Film Festival. “We are here for our community today,” he said. A moment of silence was held.

George Takei said, “We must act to end the ability of murderers to take so many lives so brutally.”

“Little Fires Everywhere” author Celeste Ng wrote on Twitter that while it’s still too early to know if the shooting was a hate crime, she is very concerned that it happened on Lunar New Year’s Eve and is “bracing herself.”

Actor Ken Jeong wrote, “My heart goes to all affected in Monterey Park. Senseless. This needs to stop now.”