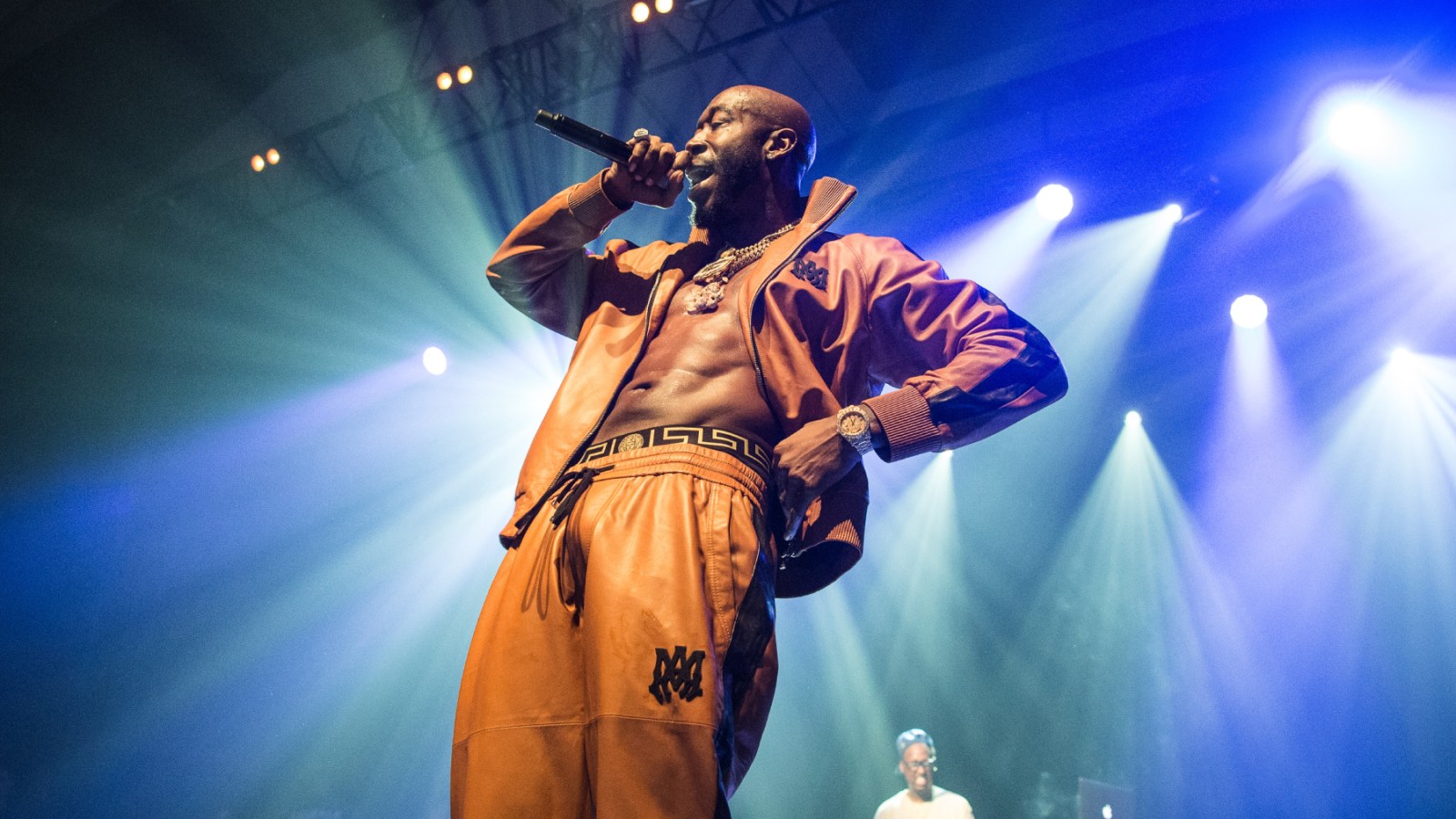 The Gary, Indiana rapper also performed “Blackest in the Room” while accompanied by the Roots

The Gary, Indiana rapper sailed through “Blackest in the Room” while accompanied by house band, the Roots. He was soon joined by Anderson .Paak on “Feel No Pain,” which features .Paak and Raekwon on the track. The performance was simple yet powerful, with Gibbs commanding the mic with this flow and lyrics chronicling his past.

$oul $old $eparately marked Gibbs’ major label album debut in 2022. The rapper joined Warner Records following the release of his collaborative album, the Grammy-nominated Alfredo with Alchemist. In 2019, Gibbs released Bandana, his second joint album with Madlib after Pinata in 2014.

Gibbs released several singles last year leading up to his drop with Warner Records and fifth overall solo album. In April, he collaborated with Rick Ross for “Ice Cream,” and he joined Meechy Darko’s solo track “On God,” which also featured A-Trak.

In an interview with Rolling Stone, the 40-year-old heavyweight rapper talked about his transition from an indie to a major. “I came into the game when motherfuckers were still selling CDs. I still got CDs for sale to this day. But I’ve had the most unique career path of any rapper on my level because I slugged it out so many years independently,” he said.

As for .Paak, he recently joined Maxo Kream on “The Vision” and Dr. Dre on “The Scenic Route” and “ETA.” He’s also performing at his Las Vegas residency as part of Silk Sonic, alongside Bruno Mars.