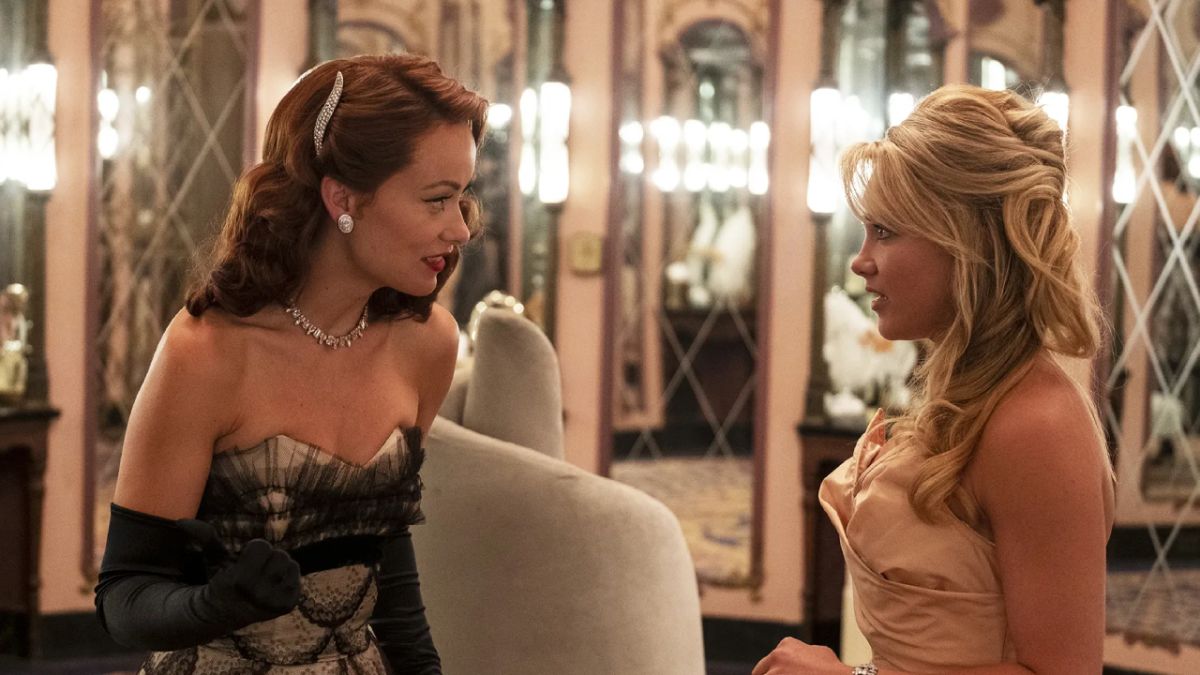 Following its premiere at the Toronto International Film Festival earlier this month, Don’t Worry Darling has now opened to the general public. However, much of the press surrounding Olivia Wilde’s Booksmart follow-up hasn’t been about its actual content, but about the drama that unfolded behind the scenes during production and the promotional campaign. Among other things, it’s been reported that Wilde and lead actress Florence Pugh did not get along while Don’t Worry Darling was filming, and now there’s word that it was reportedly a screaming match that ignited their long-rumored feud.

To provide some context, Don’t Worry Darling also stars former One Direction member Harry Styles, with this, My Policeman and his cameo as Starfox in last November’s Eternals marking his biggest acting forays yet. But on top of performing in Don’t Worry Darling, Styles has been dating Olivia Wilde since January 2021, two months after Wilde’s separation from Ted Lasso’s Jason Sudeikis was disclosed to the public, and when Don’t Worry Darling was roughly three-fourths of the way through principal photography. An unnamed source who allegedly spent a lot of time on the Don’t Worry Darling set told Vulture that Florence Pugh became frustrated by Wilde and Styles’ frequent disappearances from the set, but the “breaking point” occurred when the actress and director (who also plays Bunny in the 2022 movie) got into a “screaming match.”

According to this anonymous individual, things got so bad between Florence Pugh and Olivia Wilde that Toby Emmerich, who was the Warner Bros. chairman at the time, had to get involved to mediate a “long negotiation process” to ensure that Pugh would stay involved with Don’t Worry Darling’s life cycle “in any way” and not hurt its chances at box office success when it came out. This report follows a few days after Wilde denied that she was feuding with Pugh, saying she has “nothing but respect” for the actress. However, assuming the information this source passed along is accurate, the alleged feud apparently got off to quite the explosive start.

As mentioned earlier, this is just one of the many elements of behind-the-scenes drama that’s surrounding Don’t Worry Darling, with others including the circumstances surrounding Shia LaBeouf’s departure from the role that Harry Styles took over, as well as Styles seemingly having spit on co-star Chris Pine during the movie’s TIFF premiere. But regarding Wilde and Pugh specifically, reportedly it wasn’t just the former’s relationship with Styles that was an issue. In August 2022, Pugh shared her discomfort over the sexualized marketing of Don’t Worry Darling, despite Wilde having said earlier in the year how the sex scenes were integral to the movie’s narrative, and it was also reported that Pugh was paid way less than Styles. And while Pugh did attend Don’t Worry Darling’s TIFF screening, she skipped out on doing press, though that was officially attributed to her being busy shooting Dune: Part Two in Budapest.

Though Olivia Wilde has repeatedly claimed that she and Florence Pugh are on good terms, Pugh herself has yet to comment on any of these details, so there remains one side of the story missing. As for Don’t Worry Darling itself, the movie has earned mixed reception from critics, with CinemaBlend’s own Eric Eisenberg giving it 2 out of 5 stars in his review. You can judge the movie for yourself at your local theater.