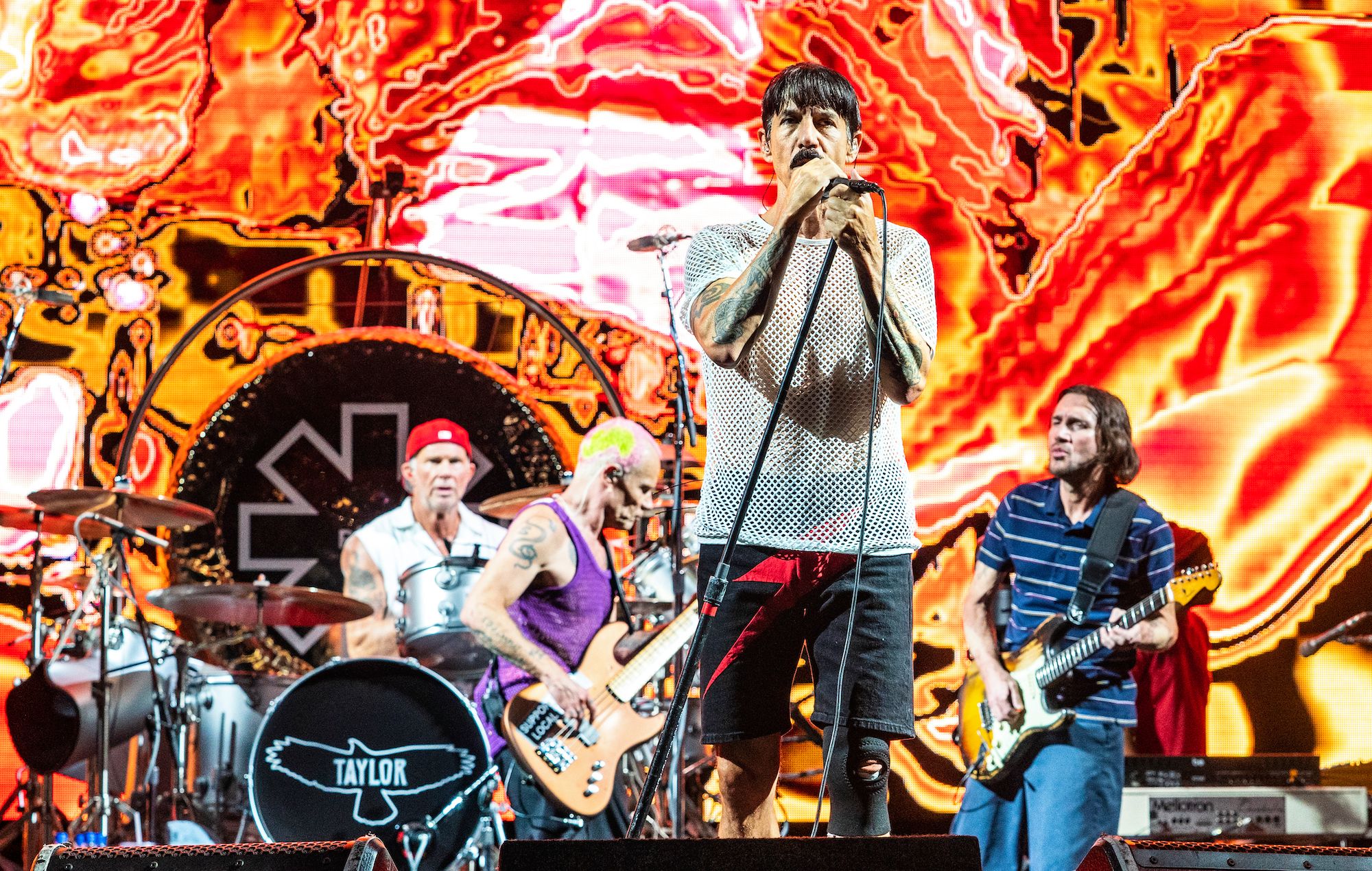 This year’s festival is due to take place on June 21-25, but so far only Elton John has been revealed as a headliner.

Other rumoured acts that could top the bill so far include Arctic Monkeys, Roxy Music in the legends slot, and Gun N’ Roses after Duff McKagan appeared to self-confirm the band’s slot last week.

Suspicions have now arisen that the Chili Peppers could be heading to Worthy Farm this year, after Flea retweeted a sketch of the Pyramid Stage drawn by Glastonbury and Radiohead artist Stanley Donwood on Friday (January 20) with the word “Yes”.

“Is this a Glastonbury confirmation??!” one person wrote in the replies. “Finally Glasto!?” another asked.

“Are you doing Glasto this year?” one added, with others asking: “Is it… true?”

The band, who returned in 2022 with two new albums – ‘Unlimited Love’ and follow-up ‘Return Of The Dream Canteen’ – were due to play at Glastonbury back in 1993, but were forced to pull out after Flea developed chronic fatigue syndrome.

Artist Donwood has made all of Radiohead and Thom Yorke‘s artwork since 1994, while his work has also become synonymous with Glastonbury posters and merchandise, telling NME back in November that he was keen to get started on the artwork for this year.

With John due to close out the festival on Sunday, June 25, 2023, and because the Chili Peppers have a show scheduled on their European tour for Wednesday, June 21 (Warsaw, Poland) and Saturday, June 24 (Odense, Denmark) there are currently gaps for a potential Glasto slot on June 22 and 23.

Red Hot Chili Peppers are due to kick off the UK leg of their world tour on July 21 at London’s Tottenham Hotspur Stadium, followed by a show at Glasgow’s Hampden Park on July 23.

Elsewhere in the rumour mill, Melanie C recently shared an update about suggestions The Spice Girls were set to play this year’s Glastonbury after Mel B teased that the pop icons could be set to reunite once again for a special performance on Worthy Farm.