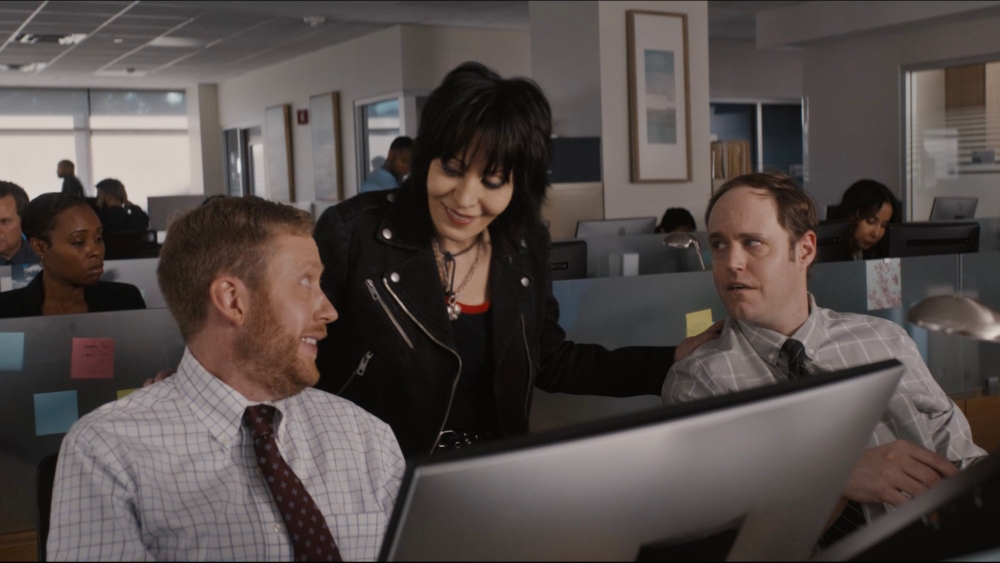 A rookie Super Bowl advertiser aims to do this year what even a veteran might find challenging: Get people talking about technology they may never have known affects them every day.

Workday has a clever concept that it hopes will make people more aware of the software it licenses to corporations that helps manage finances and human resources. In a minute-long spot slated to air during the third-quarter, Joan Jett, Ozzy Osbourne and Gary Clark Jr. will be among the colorful musicians touting its wares.

Executives hope the surprise of seeing the rockers calling attention to workforce management will be enough to get football fans talking about “being a rock star” on the Monday morning following the game, says Pete Schlampp, the company’s chief marketing officer.

With Fox seeking between $6 million and $7 million for a 30-second ad berth, an investment in Super Bowl advertising isn’t to be made lightly. Each year, some Super Bowl marketers do just that, with freshman advertisers relying on homemade concepts, small ad agencies, and gut decisions. Workday isn’t doing any of that, says Schlampp,

“This is something we’ve been budgeting for and thinking about for a while,” he says in an interview. “When there are economic slowdowns, we know that companies that invest in their brands get a great return on the other side. We feel confident about making this investment.”

Workday might just have a chance. Ads about working life have proven popular in Super Bowls past. Careerbuilder, the online jobs site, made a name for itself in the 2000s and 2010s with several years’ worth of ads featuring chimpanzees as office workers. The symbolism was pretty easy to understand. And Monster, another purveyor of online classifieds, struck a chord in 1999 with a spot that had children repeating the mantras of frustrated employees everywhere. “I want to claw my way up to middle management,” said one young urchin.

Still, a first-timer can have trouble sticking out from the pack. NBC’s 2022 broadcast of Super Bowl LVI had 30 new advertisers, representing about 40% of the total in the game. CBS’ 2021 broadcast of Super Bowl LV featured 26 first-time advertisers, with names like Oatly, Mercari, Vroom.com and Klarna, according to Kantar, a tracker of ad spending. Some of these rookie sponsors bet the bulk of their early-stage funding on the Super Bowl, making a bid that instant recognition will help boost fortunes. Some are never heard from again.

Workday has taken a pragmatic approach to the venture. Its ad agency is Ogilvy, the blue-chip ad firm owned by WPP that is known for the historic work it has done for clients like IBM and American Express. Workday is no stranger to national TV advertising, recently unveiling a spot that features Peyton Manning in multiple roles. And it hired director Jim Jenkins, who has experience with Big Game promotions. In 2020, he directed a Super Bowl spot for Jeep that featured Bill Murray reprising his role from the 1993 movie “Groundhog Day.”

“We have been talking about this for fun for five years at least, and seriously for two years,” says Schlampp.

The company isn’t leaving much to chance. It has already begun to seed its colorful concept with consumers, using a full-page ad in The Wall Street Journal to talk about the employee-as-rock-star concept, and has released an effort in social media that asks consumers to tag rock stars they know at work. Workday is launching teasers this week featuring Osbourne and Clark ,and expects to get new attention when it unveils other musicians who are part of the ad but have not been revealed.

And while what Workday does may not be as easy to explain as a can of soda or a bag of chips, Schlampp hopes the colorful pitch at the Super Bowl will make the company as memorable as those sorts of advertisers. “This is not what you’d expect from a typical enterprise software company,” he says. “This is really fun and bold.”