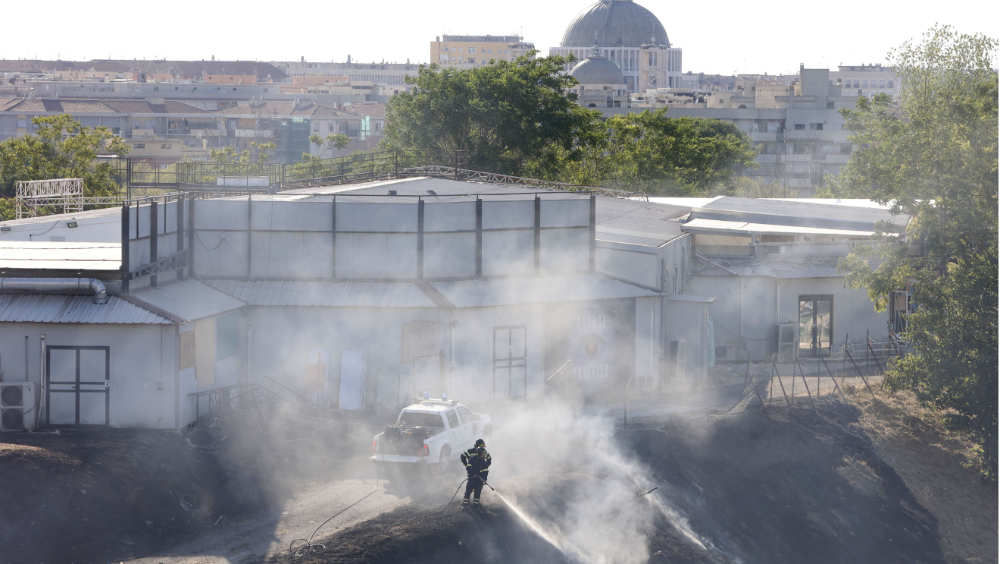 A fire broke out at Rome’s historic Cinecittà Studios on Monday afternoon (Aug. 1) and was extinguished by three teams of firefighters.

The fire broke out in the area where a set depicting renaissance Florence was housed and which was being decommissioned, destroying parts of it. It also disrupted the shoot for Netflix’s sequel to Charlize Theron film “The Old Guard” and threatened the “Big Brother” house.

“The fire has been extinguished. There are no injuries, no poisoning, no serious material damage,” Cinecittà Studios spokesperson Marlon Pellegrini told AFP in a statement.

The cause of the fire is not immediately clear, though conditions are dry and potentially incendiary in Italy, which is undergoing a heatwave.

The studio has history with fire. In 2007, flames engulfed warehouses housing sets for HBO/BBC series “Rome” and 32,000 square feet of studio space were destroyed. And in 2012, some parts of Studio 5, where Federico Fellini’s “La Dolce Vita” was filmed, were destroyed.

The studios, which is celebrating its 85th anniversary, was founded in 1937 during Benito Mussolini’s regime. It is currently undergoing a $321 million renovation.

During the period following World War II, the studios forged close ties to Hollywood, which helped the Italian industry gain its international standing.

Standout Hollywood pics made at Cinecittà since then include Martin Scorsese’s “Gangs of New York,” Wes Anderson’s “The Life Aquatic,” Ron Howard’s “Angels and Demons” and, more recently, Fernando Meirelles’ “The Two Popes” and Michael Bay’s “6 Underground,” both for Netflix, and Ridley Scott’s “House of Gucci” for MGM.