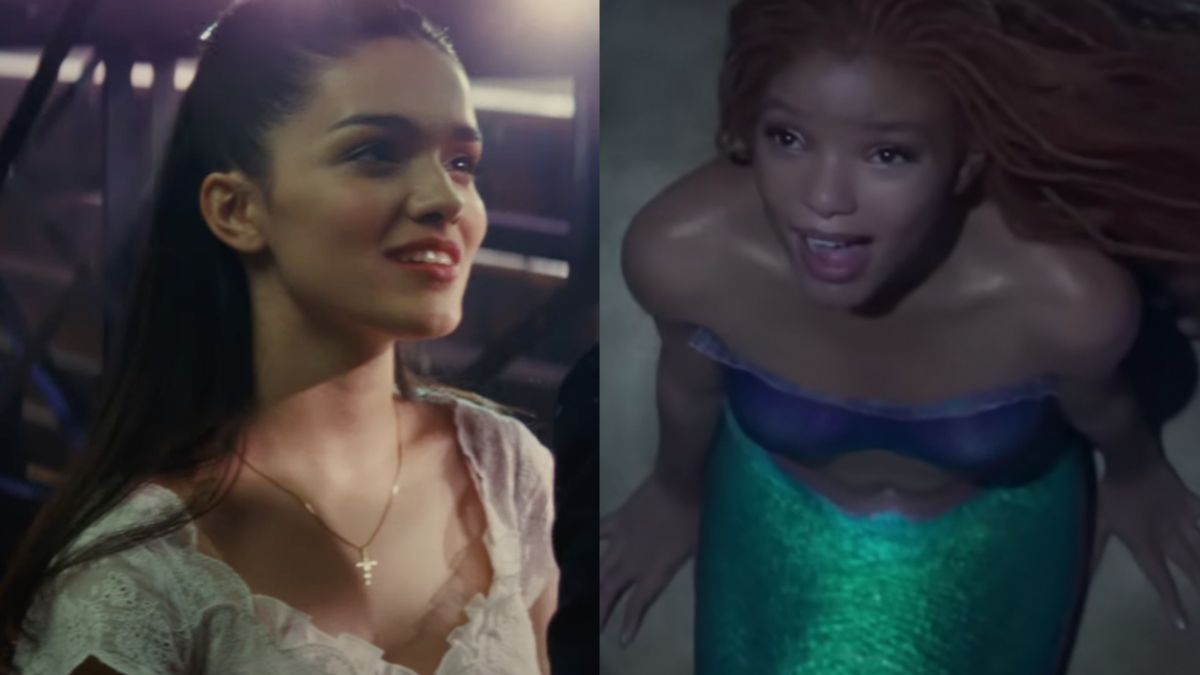 Three years after Halle Bailey was cast as the live-action The Little Mermaid’s Ariel, Walt Disney Studios finally unveiled a first look at the upcoming 2023 movie during the D23 Expo earlier this month. The Little Mermaid trailer showed Bailey as the Disney Princess for the first time, teasing her look for the movie and incredible singing voice. Since its release, the movie has undergone racist backlash, which has prompted soon-to-be Snow White lead Rachel Zegler to give a response.

Rachel Zegler is set to play Snow White in the live-action version of the Disney Princess movie in 2024 opposite Gal Gadot’s “intimidating” Evil Queen. When the West Side Story breakout star was recently pulled into a tweet including more backlash for Halle Bailey, she came to her defense. Check it:

On Twitter, one user shared that he thinks Rachel Zegler is a “good choice” for Snow White because of her resemblance to the animated character. However, he called Halle Bailey “#NotMyAriel” because she doesn’t look like the cartoon character from the 1989 classic. He said she can play Ariel on Broadway, but not in a movie. Zegler responded by sharing that if he doesn’t support Bailey “who is the perfect Ariel,” he therein doesn’t support any of the Disney Princesses.

Zegler is half Colombian and half Polish, making her casting as Snow White not necessarily traditional for the character either. However, the actress is not getting anywhere near the hate Halle Bailey has been getting for being a Black Ariel. Ever since the trailer dropped, Bailey has received a lot of thumbs down by Disney fans who are not ready to accept that a fantasy character and Disney Princess like Ariel can be a race other than white.

However, on the flip side, for all the hate Halle Bailey has received as the star of The Little Mermaid, there’s been some positives that have come out of the casting already as well. For example, a number of parents took to social media to share their Black children reacting to her singing “Part Of Your World.” As the videos have shown, young girls are already feeling empowered and represented on screen by the Disney Princess being depicted differently for live action. Bailey has shared that she’s received a ton of these reactions and felt so “emotional” seeing the early support for the film.

Additionally, the original Ariel, Jodi Benson, along with Splash’s mermaid actress Daryl Hannah, have come in to defend Halle Bailey. Despite some racist responses to the live-action The Little Mermaid, the actress and the movie has a ton of people getting behind her and the movie. The Little Mermaid is set to hit theaters on May 26, 2023, and Rachel Zegler’s Snow White will follow on March 22, 2024.