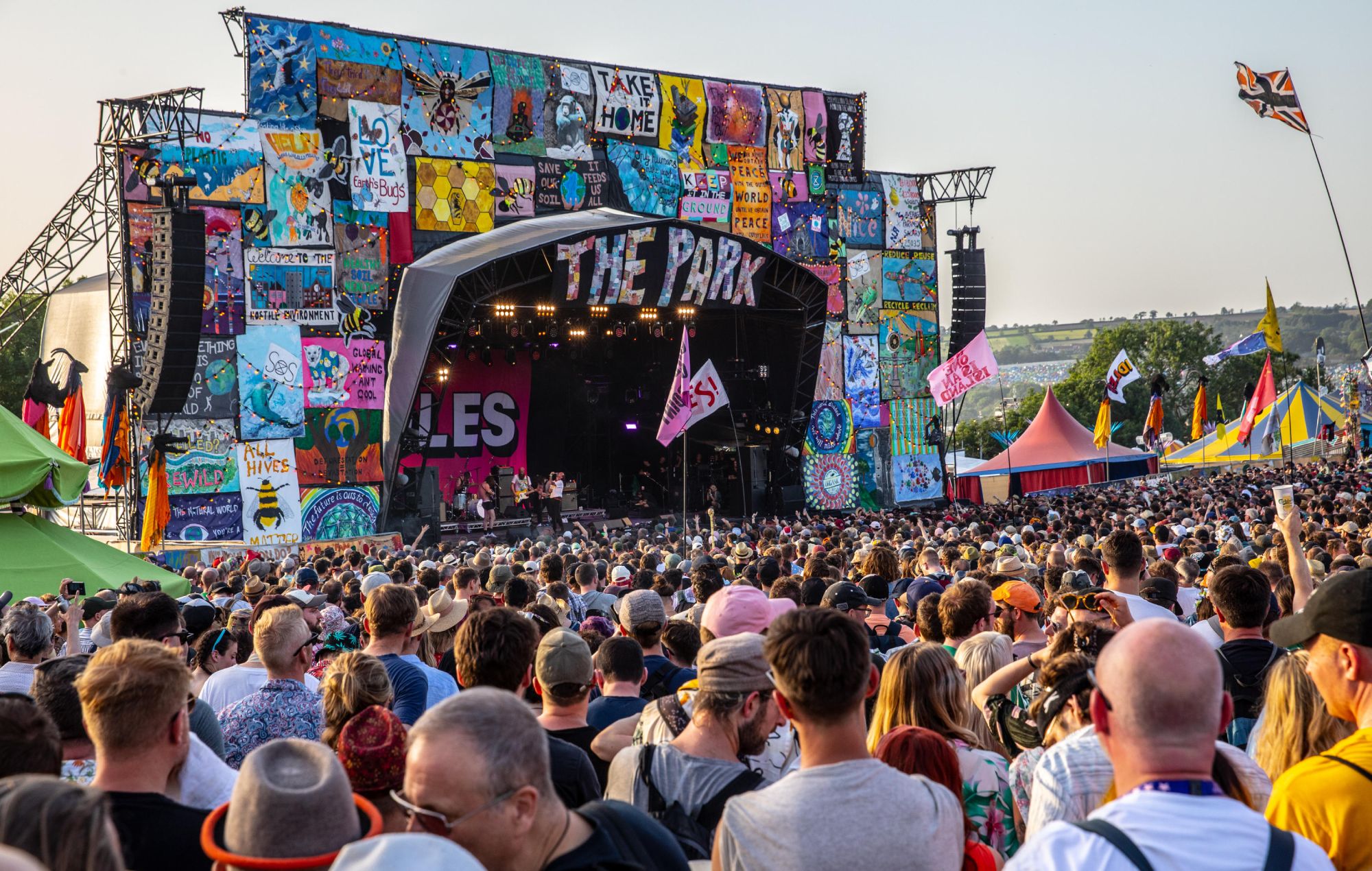 Glastonbury Festival has invited fans to take part in its burning lotus experience, an art event that aims to provide cathartic relief as the world emerges from the COVID pandemic.

Those attending this year’s festival will be able to contribute words and images to a 40 foot lotus sculpture located near to The Park that will be symbolically set alight at midnight on the last day (Sunday, June 26). But those who are missing out will also be able to take part by sending entries via first class post by Thursday (June 23) so that they arrive on time.

Participants submitting via mail are directed to address their letters to: The Burning Lotus, Glastonbury Festival, Worthy Farm, Pilton, Somerset, BA4 4BY. Organisers have added that letters won’t opened unless the address is clearly marked on an envelope.

Artist Joe Rush and his team have created the sculpture out of salvaged wood and canvas. See Rush’s introduction to the installation in the video below.

Even if you can’t make it to Glastonbury, we want you to be a part of the Burning Lotus experience by sending in your contributions. Find out more here: https://t.co/EPPYCbSSVd

A new post on Glastonbury’s website makes further suggestions for contributions. “You may be mourning, angry, sad. You may have overcome challenges or faced your fears. You may be feeling stuck ,or you might be full of gratitude for the things you’ve learnt. Share your thoughts, feelings, memories and hopes with the Burning Lotus in a moment of deep connection as we move forward together.”

In a previous statement, Glastonbury co-organiser Emily Eavis said: “During the Festival, people will be encouraged to write down memories and images of people or situations that they wish to let go of, it may be people who died in the lockdown who were not properly said goodbye to, it may be failed business projects, may even be failed marriages, but the point is that all of these things will be focused on and then placed inside the Lotus.”

The Worthy Farm festival is returning for the first time since 2019 this week, with gates opening on Wednesday (June 22).

As well as the many advertised acts on the Glastonbury 2022 line-up, there are a number of special, to-be-confirmed guests who will be joining the festival bill including Sunday slots (June 26) on the John Peel Stage and The Park Stage.

George Ezra looks set to be playing in the ‘TBC’ Sunday afternoon slot on the John Peel Stage, though this has yet to be officially confirmed. A photo was shared online over the weekend featuring an apparent sign from Worthy Farm which reads “Gold Rush Kid [the name of Ezra’s new album] – John Peel Stage – 2pm”.

Rumours are also gathering pace regarding The Chemical Brothers, who could be set to fill the 11pm ‘TBA’ slot at Arcadia (likely to be a DJ set rather than a full live set) on the Friday night of Glastonbury 2022 (June 24). The pair previously headlined The Other Stage in 2019.