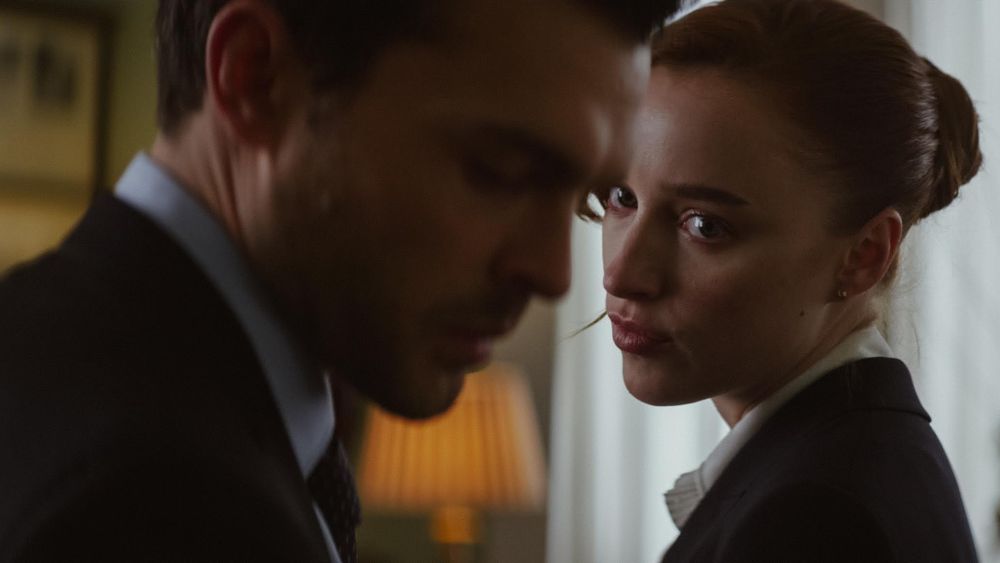 “Fair Play,” one of the buzziest movies to premiere at this year’s Sundance Film Festival, has sold to Netflix in a massive $20 million deal. The pact is for global rights.

Given the warm reception, the film sparked a bidding war among several key distributors, including Searchlight and Neon. It’s not the only film drawing intense interest — John Carney’s “Flora and Son,” a musical drama with Eve Hewson and Joseph Gordon-Levitt, is also attracting several bidders, according to sources.

Chloe Domont directed “Fair Play” in her feature debut. In the psychological thriller, “Bridgerton” breakout Phoebe Dynevor and “Solo” star Alden Ehrenreich play a newly-engaged couple who keeps their relationship a secret because they work together at a cut-throat hedge fund. When Dynevor’s character Emily gets promoted over Ehrenreich’s Luke, the couple’s power dynamic shifts irrevocably.

In a rave review, Variety’s chief film critic Owen Gleiberman praised “Fair Play” for having “much to say about the post-#MeToo world and has a lot of fun saying it.”

“It’s one of the rare Sundance films that could totally break through in the real world,” he wrote. “And in an age when movies like ‘Tár’ and ‘The Fabelmans’ have struggled, that makes it a special commodity.”

It took some time for the Sundance market to heat up, but there had been some deal-making in Park City. Earlier in the week, Magnolia nabbed worldwide rights to the documentary “Little Richard: I Am Everything” and Netflix landed “Run Rabbit Run,” a thriller starring Sarah Snook.

Deadline was first to report the sale of “Fair Play.”