EXIT Festival has announced the final additions to the line-up for its 2022 event, with names including Disciples, Ofenbach and Iva Lorens now on the bill.

The four-day Serbian festival takes place between July 7-10 in the Petrovaradin Fortress, with Nick Cave And The Bad Seeds and Calvin Harris both previously confirmed as headliners. They join the likes of Bury Tomorrow, Coach Party, Napalm Death and The Undertones.

In May, EXIT organisers announced the line-up for this year’s MTS Dance Arena, as well as the acts playing the No Sleep and Urban Bug stages. Adam Beyer, Enrico Sanguiliano, Stephan Bodzin, Mochakk, Blond:ish and Artbat were confirmed for the Dance Arena stage, among others.

Meanwhile, Gerd Janson, DJ Tennis, Andhim and BĘÃTFÓØT were listed as some of the names due to take on the No Sleep stage. More than 30 local and regional artists will be playing the Urban Bug stage.

As well as announcing the final acts for the festival, EXIT has also revealed the stage splits over the four days.

See the final line-up and stage splits below: 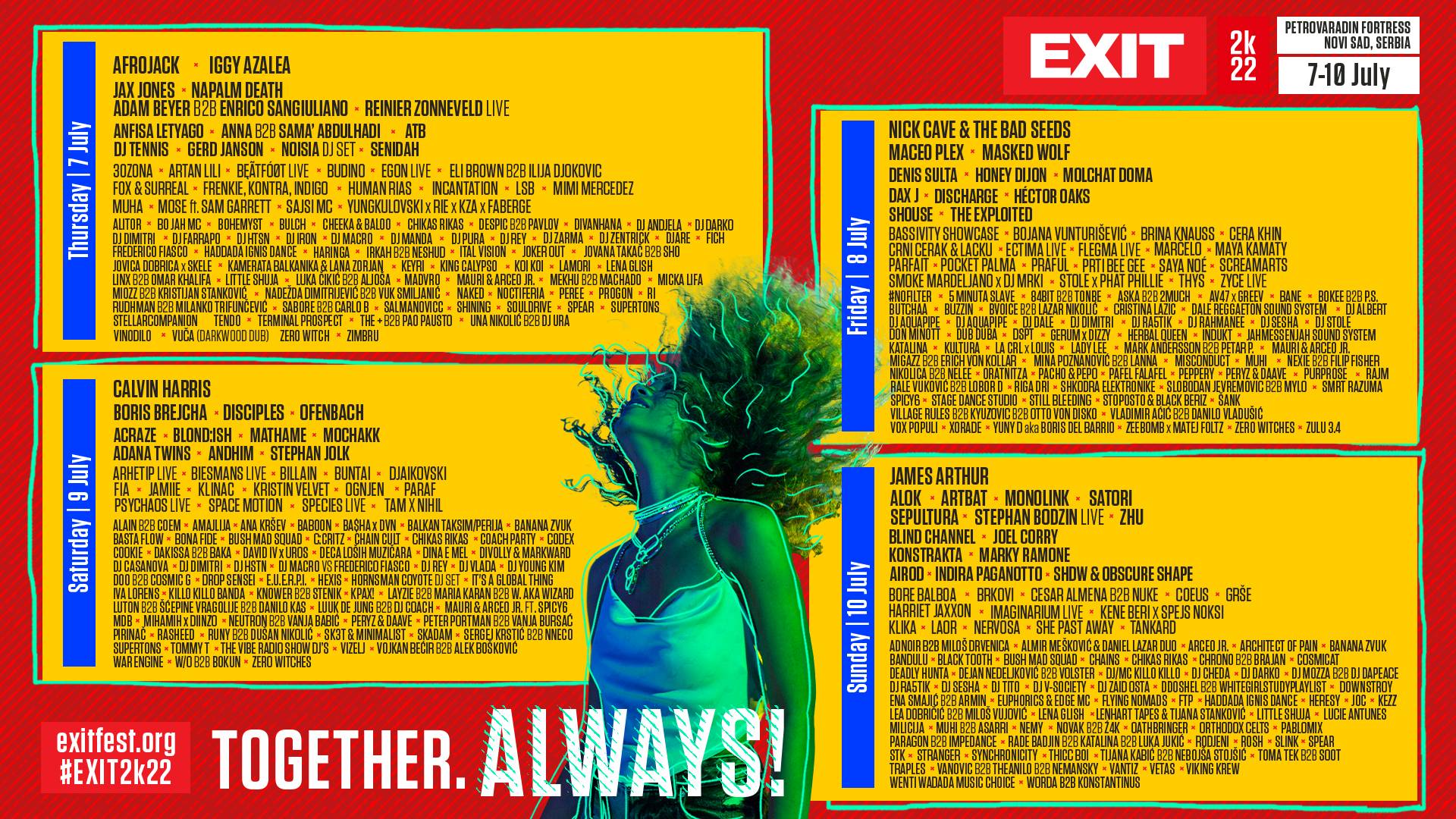 Last year’s event was the first major festival to be held in Europe since the coronavirus pandemic began.

The Health Centre Novi Sad and the association Project Lab, under the leadership of epidemiologist Marija Milić MD, conducted a COVID study at the festival, where they divided a total of 345 visitors into two groups: vaccinated and those who entered the festival with a negative test. They reportedly resulted in zero coronavirus infections.

Speaking about this year’s event, Dušan Kovačević, EXIT founder and CEO, said: “Last year’s edition also gave us a huge boost in terms of visitors and media, so we decided to further raise the level of line-up and to offer audiences around the world one of our strongest and most diverse editions ever.”