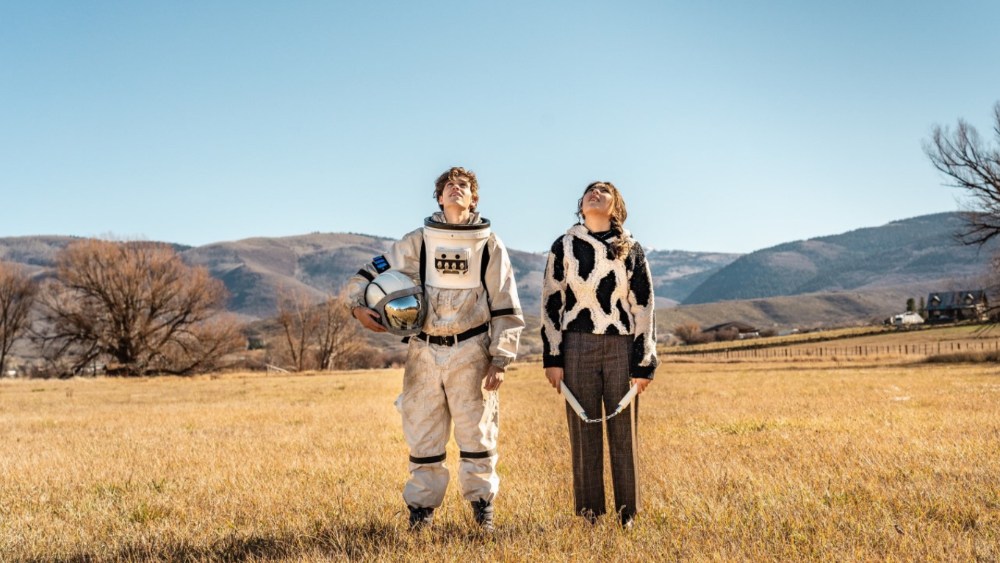 In a coming-of-age story, two unlikely teenagers encourage each other to pursue their separate passions.

That’s a pretty standard description of a lot of movies and shows, but this one is offering a twist on the genre, one that’s revealed by its unusual title — “Aliens Abducted My Parents and Now I Feel Kinda Left Out.” The off-beat movie will make its world premiere at the 2023 Sundance Film Festival, first premiering in person on Friday Jan. 20 at 5 p.m. PST and online Tuesday Jan. 24 from 7 a.m. to Sunday Jan. 29 at 10:55 p.m.

Shattered by her parents’ decision to leave the city and move to the middle of nowhere, Itsy Levan (Emma Tremblay) believes her life is over until she meets her space-obsessed neighbor Calvin Kipler (Jacob Buster). Calvin has spent most of his life awaiting the next arrival of Jesper’s Comet— partly because of his obsession with astronomy, but mostly because Calvin claims the last time it came… aliens abducted his parents. This year he is going to be ready for its return, so he can finally get them back. Itsy sees this as a chance to help her get into a NYC journalism program and decides to help him with his plan. The two newfound friends, and unlikely astronomy investigators, end up discovering much more than what is on the other end of the comet’s tail.

Watch the full trailer below.