Eminem releases video for 2009 song ‘Crack A Bottle’, “unlocked from the Shady vault” 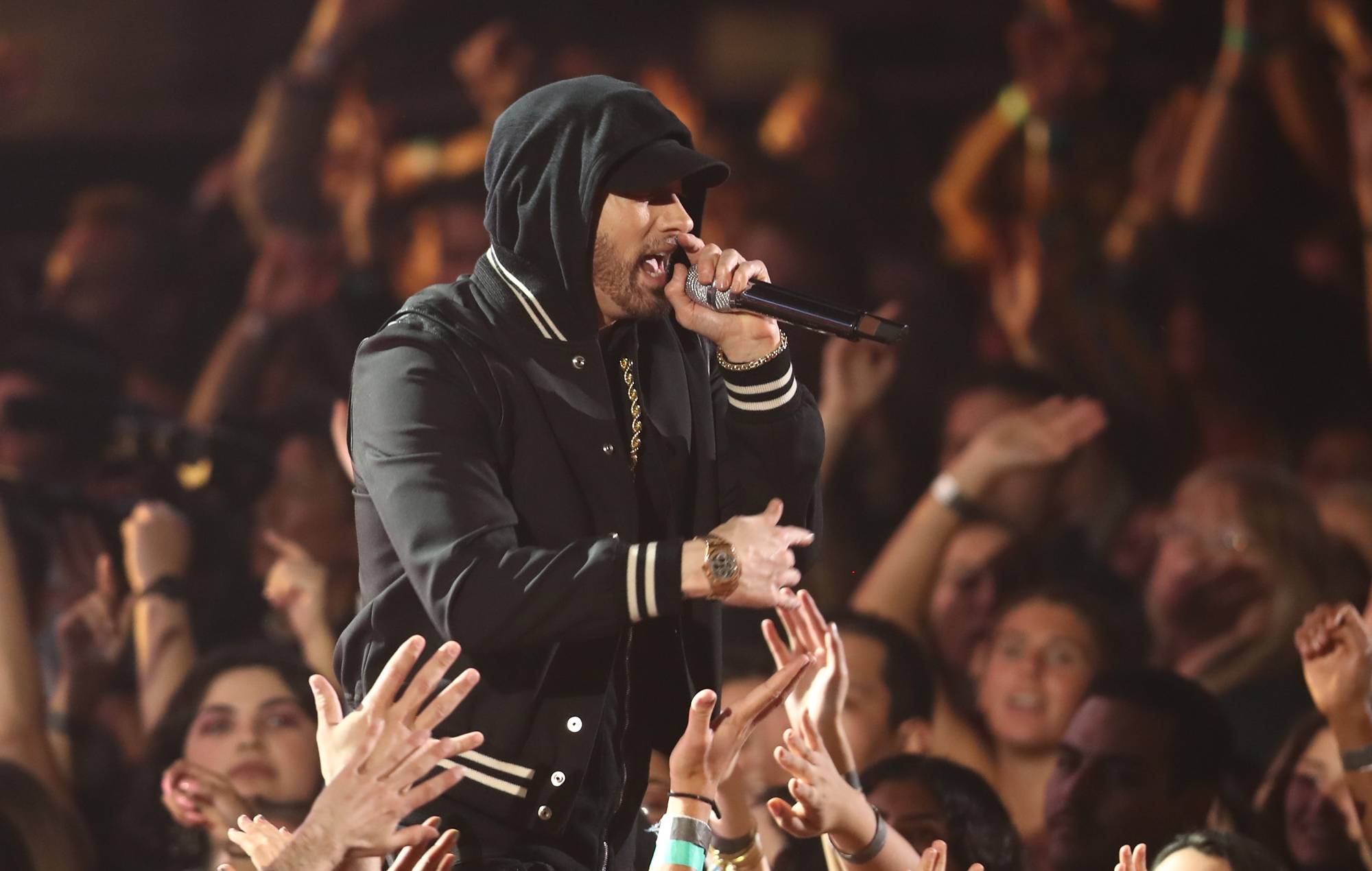 Eminem has released a music video for ‘Crack A Bottle’, his 2009 hit featuring Dr. Dre and 50 Cent – watch it below.

“Unlocked from the Shady vault 🔑🔒- unreleased #CrackaBottle music video!” Eminem wrote on Instagram yesterday (August 1) with a teaser clip of the visual.

The music video begins with a homeless woman holding onto a bottle of alcohol that eventually opens up to reveal another world. In it, a man is seen scribbling on walls and seeing double while another is restrained in a chair. Also in the video is people getting tattoos in a smoky parlour and vignettes of debauchery.

Eminem begins the track by saying: “Oh, ladies and gentlemen/ The moment you’ve all been waiting for/ In this corner, weighing 175 pounds/ With a record of 17 rapes, 400 assaults, and four murders/ The undisputed, most diabolical villain in the world/ Slim Shady.”

‘Crack A Bottle’ was the first single released from Eminem’s sixth studio album ‘Relapse’. The song peaked at Number Four in the UK’s Official Singles Chart, Number One in the US’ Billboard Hot 100, among others.

Despite Dr. Dre and 50 Cent both appearing on the song they do not feature in the new music video.

Eminem is set to drop his second collection of greatest hits, ‘Curtain Call 2’, this Friday (August 5). It’s not clear if ‘Crack A Bottle’ will feature on the release and is the reason why its accompany music video has been shared. No official tracklist has been shared.

Meanwhile, Hailie Jade Mathers recently reflected on the “surreal” childhood experiences she had growing up with her rap icon father, Eminem.

Launching her new podcast Just A Little Shady, Mathers spoke with her childhood best friend Brittany Ednie about how Eminem showed the girls round his tour bus or treated them to special days out.

“It’s so fun to look back…thinking back as an adult, I’m like, ‘Wow, that’s so, so surreal,’” said Mathers. “And those memories of me thinking those were normal things, now I look back like, ‘Holy crap, that was cool.’”