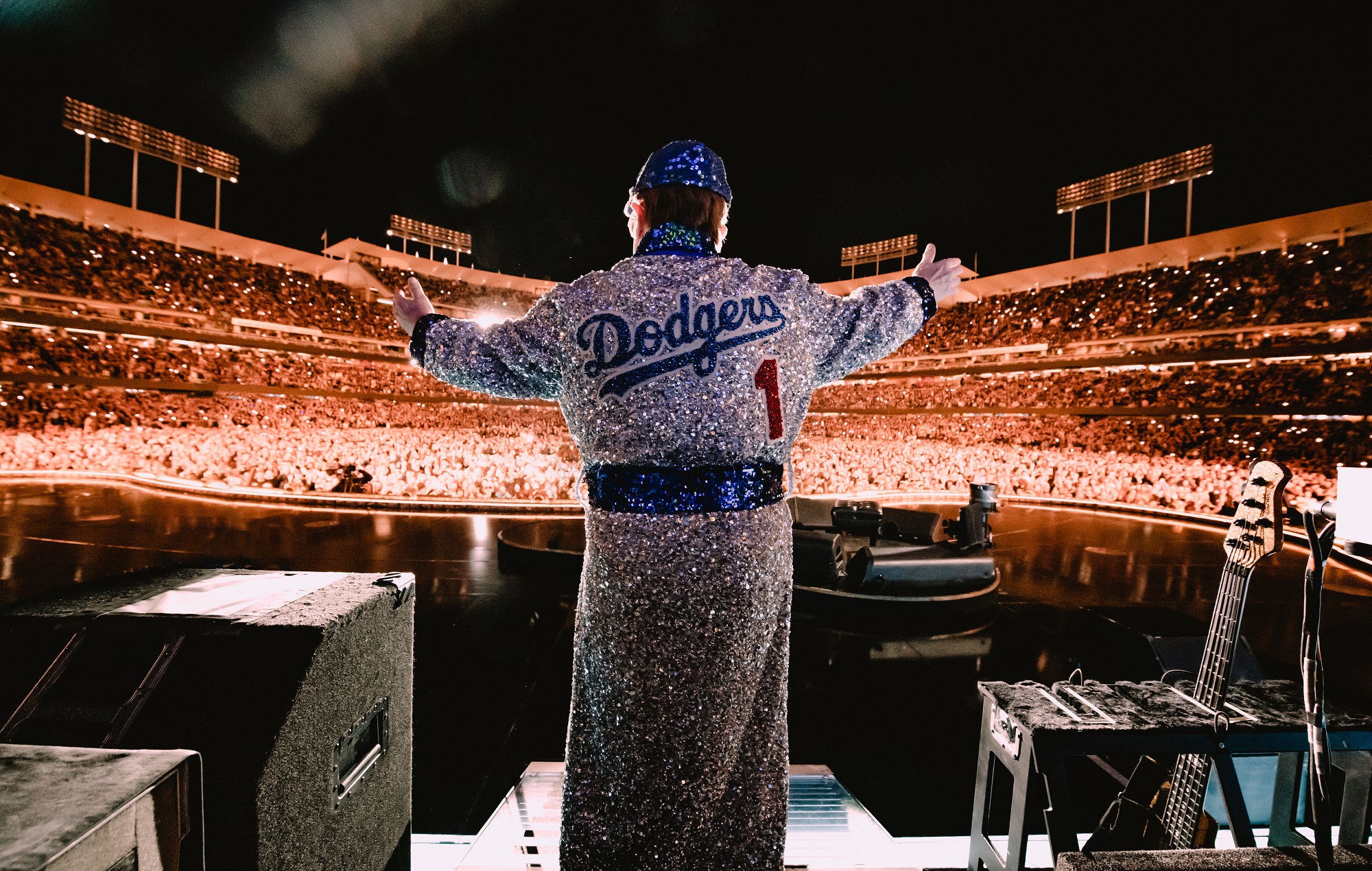 Elton John completed his final ‘Farewell Yellow Brick Road’ concert in the US last night (November 20) at the Dodger Stadium in LA.

READ MORE: Elton John: “I’m not interested in the past – not even Elton John’s past”

The show was the last of three at the venue and saw John team up with Dua Lipa, Kiki Dee and Brandi Carlile.

It marked his last remaining North American date on his tour which the pop legend has vowed is the last time that he’ll hit the road to play live dates.

The three hour concert saw John team up with Lipa for their Number One collaboration ‘Cold Heart’, while Dee joined him for ‘Don’t Go Breaking My Heart’ and Carlile on ‘Don’t Let the Sun Go Down On Me’. You can view footage of all three tracks below

The show, which saw the likes of Paul McCartney, Mick Jagger, Taron Egerton and Jude Law in the audience, also featured some of John’s greatest hits including ‘I Guess That’s Why They Call It The Blues’, ‘Tiny Dancer’, ‘Candle In The Wind’, ‘Rocket Man (I Think It’s Going To Be A Long, Long Time)’ and ‘I’m Still Standing’.

He wrapped up the performance with ‘Saturday Night’s Alright For Fighting’ and ‘Goodbye Yellow Brick Road’, both of which you can view below.

The show, which went out live on Disney+, is also available to stream on the platform.

John’s tour restarts in Europe at the 3Arena in Dublin on March 28, 2023. Earlier this year he kicked off some UK dates in Norwich.

Any remaining tickets for the new shows are available here.

‘Bennie And The Jets’
‘Philadelphia Freedom’
‘I Guess That’s Why They Call It the Blues’
‘Border Song’
‘Tiny Dancer’
‘Have Mercy On The Criminal’
‘Rocket Man (I Think It’s Going To Be A Long, Long Time)’
‘Take Me To The Pilot’
‘Someone Saved My Life Tonight’
‘Levon’
‘Candle In The Wind’
‘Funeral For A Friend/Love Lies Bleeding’
‘Burn Down The Mission’
‘Sad Songs (Say So Much)’
‘Sorry Seems To Be The Hardest Word’
‘Don’t Let The Sun Go Down On Me’ (with Brandi Carlile)
‘The Bitch Is Back’
‘I’m Still Standing’
‘Don’t Go Breaking My Heart’ (with Kiki Dee)
‘Crocodile Rock’
‘Saturday Night’s Alright For Fighting’
‘Cold Heart’ (with Dua Lipa)
‘Your Song’
‘Goodbye Yellow Brick Road’