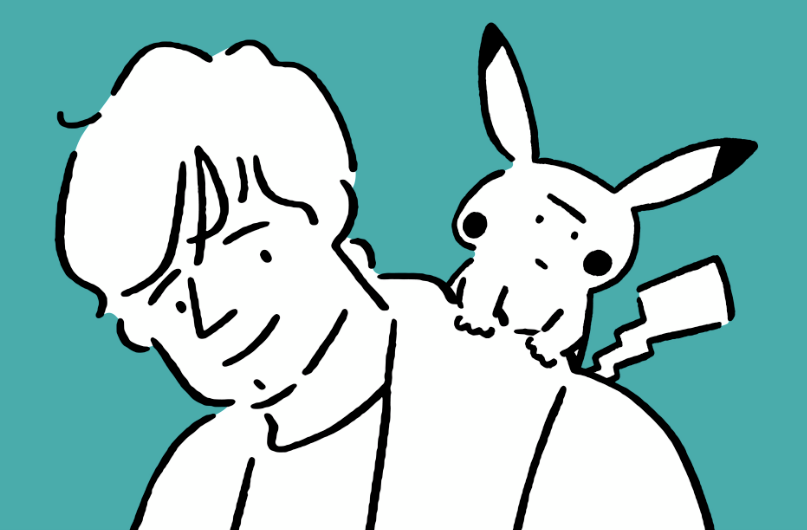 Singer-songwriter Ed Sheeran is a huge fan of Pokemon, this much we already knew after he spoke about his fandom and performed inside Pokemon Go last year. Now he’s going all-in, writing a new song inspired by Pokemon, with an animated music video coming from the creators of Pokemon. The song is called “Celestial” and it debuts Thursday, September 29.

Sheeran said he began collecting Pokemon trading cards when he was about 7 years old and then started watching the TV series, taping over his VHS tapes each week with the newest episodes. Sheeran and his brother shared a Game Boy and played a lot of Pokemon Blue before Sheeran got his own Game Boy Color with Pokemon Yellow for his 8th birthday. He still has that same Game Boy Color and continues to play Pokemon Silver on planes when he’s traveling.

“I really really love it. It gave me a proper escape as a kid into a fantasy world that seemed to go on and on, and in adult life it’s nostalgia that makes me feel like a kid again,” he said in a post on Facebook.

Sheeran went on to say that he met with The Pokemon Company when he was traveling in Japan and joked that it would be fun to write a song for them. And now it’s happened. “I love it, you’re gonna love it. And we all gotta catch ’em all,” Sheeran said.

Pokemon is just the latest massive brand that Sheeran has partnered with. He wrote the song “I See Fire” for Peter Jackson’s The Hobbit and later appeared as a singing soldier in HBO’s Game of Thrones.

2021 marked the 25th anniversary of Pokemon, and The Pokemon Company released a special album featuring songs from artists like Post Malone, Katy Perry, and Lil Yachty.

The next big Pokemon game is Pokemon Scarlet and Violet, which are set for release this November for Nintendo Switch.