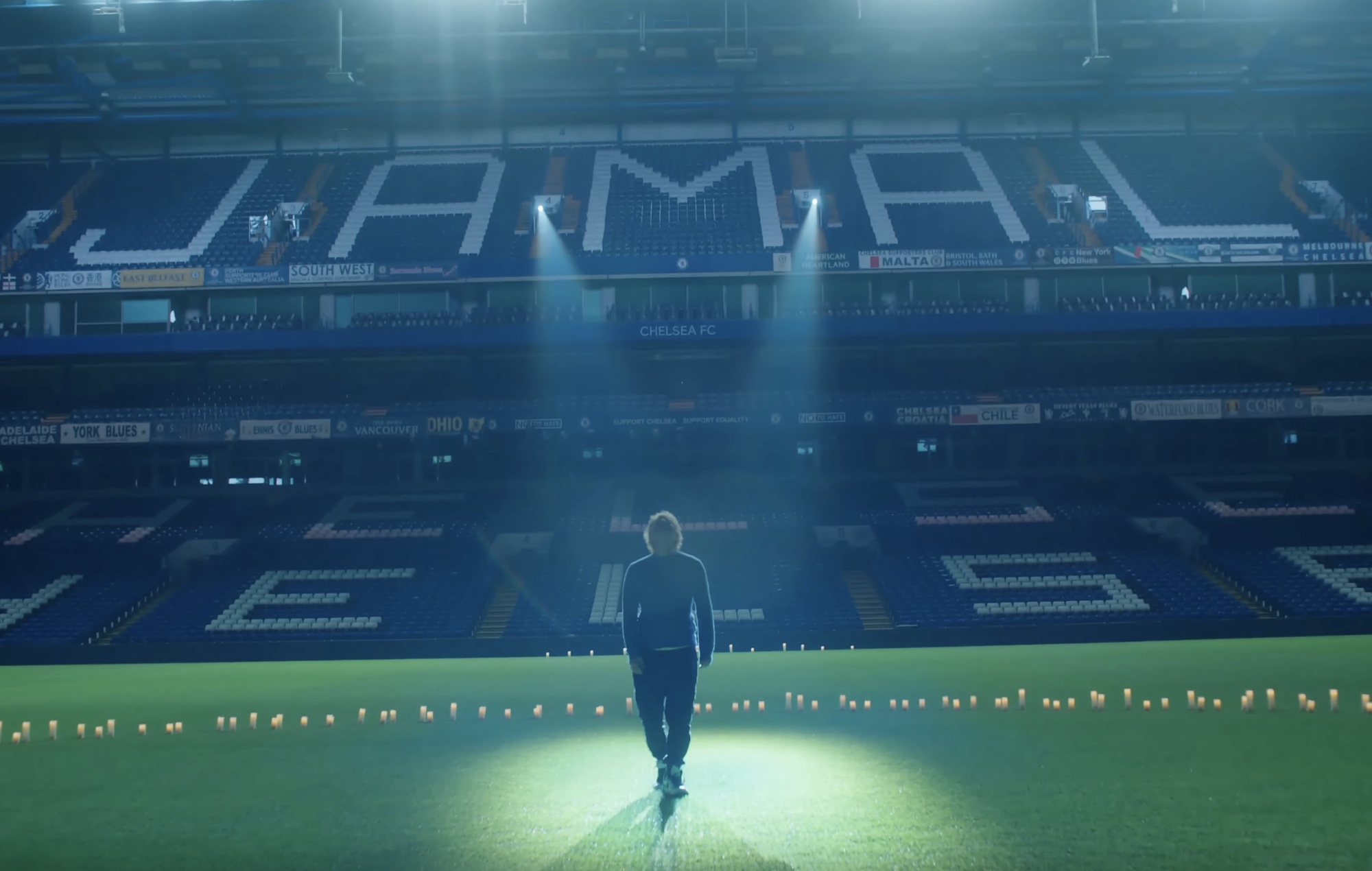 Ed Sheeran has honoured his friend, the late Jamal Edwards, with a 64-bar freestyle for SBTV – the online hip-hop and youth culture broadcaster Edwards founded in 2006.

Sheeran’s freestyle was filmed inside an empty Stamford Bridge – home stadium of Chelsea FC, whom Edwards was a lifelong fan of – with the name Jamal spelled out in the stands. The singer-songwriter delivers a raw, emotive set of bars as he expresses his grief at Edwards’ death, aged 31, in February of last year.

“Therapy sessions, digging deep in depression / I got a life full of blessings, but this just breaks my fucking heart,” Sheeran raps above piano chords and understated electronic beats. Later: “People find and stop me in the street and say it’s terrible / But they don’t know you like I knew you and they never will.”

Elsewhere, Sheeran expresses sadness at Edwards not getting to meet his daughter Jupiter, who was born in May 2022, adding that he would have been her godfather: “You would’ve loved loving my little girls / If not for them, I’d be done with the world.” Watch Sheeran’s powerful tribute below:

Edwards was an early champion of Sheeran’s music through his SBTV channel. The singer-songwriter performed ‘You Need Me, I Don’t Need You’ on SBTV in 2010, prior to the release of his debut album ‘+’ the following year.

The live performance caught the attention of Sheeran’s now-manager Stuart Camp, and is how the star was discovered by his label, Atlantic. Sheeran and Edwards remained close friends throughout the years, and had been due to collaborate on the video for the former’s 2022 track with Russ, ‘Are You Entertained’. In July, Sheeran said he felt “proud” to have brought Edwards’ “vision to life” with the finished clip.

“A star’s light shines for millions of years after they go, and his will continue to light up every dark moment, we are all witnessing his power,” Sheeran wrote in a tribute to Edwards days after his passing. “I would not be here without him, professionally and personally. There will never be anything close to what he is, but I’m so grateful to have existed within his orbit.”

Speaking at a memorial for Edwards held last September, Sheeran said he owed his success to his late friend. “I really don’t think I would have been given the opportunities that I was given had it not been for Jamal putting his arm around me,” he said.

“I was slogging on the acoustic singer-songwriter scene for a very long time, just blending in… and Jamal was this sort of tastemaker,” Sheeran continued. “He was just all about finding people and showing people new opportunities, at a time where the industry was mostly based in London.”