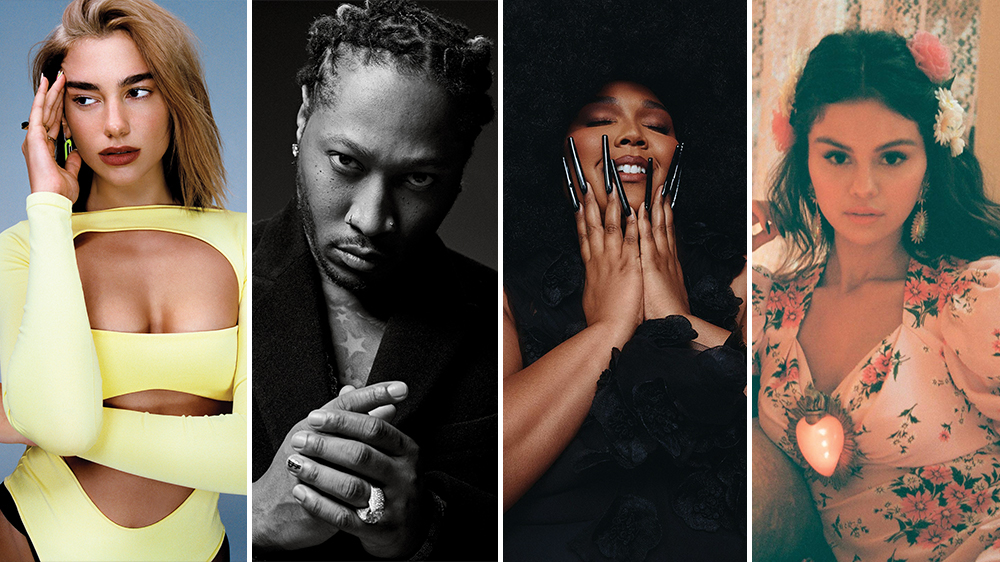 Variety is pleased to announce the honorees for its sixth annual Hitmakers celebration. The Nov. 30 issue and accompanying event looks back at the year in music and recognizes the writers, producers, publishers, managers and executives who helped make — and break — the 25 most-consumed songs of the year, as measured by Luminate. Hitmakers culminates with an invitation-only brunch held on Saturday, December 3.

TikTok, IHG and Luminate are premier partners of the event. With Variety, TikTok will be presenting a Future Icon award to current Grammy Best New Artist nominee Omar Apollo, whose song “Evergreen (You Didn’t Deserve Me at All)” went viral on the platform before it hit the charts and accumulated close to a billion views and over 300,000 creates. TikTok provided a launching point for many of the biggest songs of 2022 from Lizzo to Future to breakout artists like Latto, Glass Animals and Gayle. IHG is thrilled to return to Hitmakers for the second year and will be brewing up great fun with a craft espresso bar and delicious drinks. Talent will “Guest like we Guest” with IHG-branded cups. Luminate will be presenting Latto with the Breakthrough Artist Award at the event.

DJ Cassidy, world-renowned maestro, music curator, Grammy-nominated producer, and creator/star of the groundbreaking series “Pass the Mic,” will host the event and give opening remarks.

Elton John and Dua Lipa – Hitmakers of the Year: This dual honor recognizes the incredible chart success of Elton John and Dua Lipa’s “Cold Heart – PNAU Remix,” released as the lead single from his collaborative album, “The Lockdown Sessions.” Being named Hitmakers of the Year also honors the incredible run both have had, between Dua’s multiple gold and platinum hits from her “Future Nostalgia” album and Elton’s mentorship of younger artists, and of course his iconic, six-decade career. “Cold Heart,” a collage of four songs from across his musical canon combined into one, perfectly symbolizes all of the above.

Selena Gomez – FIlm Song of the Year: This raw and intimate new ballad from Selena Gomez, “My Mind & Me,” accompanies the recently released documentary detailing her personal struggles with mental health. Released Nov. 3, 2022, this poignant track drives home her message to fans that it’s OK to not be OK.

“About Damn Time” by Lizzo – Record of the Year: It’s about damn time Lizzo gets the recognition she deserves for this upbeat and energetic track that exploded the minute it hit the internet. Released as the lead single from her Grammy-nominated album “Special,” the record became Lizzo’s second No. 1 hit in the U.S., quickly going viral on TikTok with a popular dance that Lizzo herself performed on James Corden’s “Carpool Karaoke” series and in live performances.

Latto – Breakthrough Artist presented by Luminate: Following the success of her smash hit “Big Energy,” which peaked at No. 3 on the Billboard Hot 100, Latto solidified her place as one of this year’s top new artists. Variety celebrates her already impressive list of accomplishments including a Best New Artist win at the 2022 BET Awards and two Grammy nominations.

Future – Collaborator Award: With his ninth studio album, “I Never Liked You,” featuring appearances from music’s biggest names — Drake, Kodak Black and Young Thug, among them — Future has positioned himself as an in-demand collaborator. “Wait For U,” featuring Drake and Tems, debuted at No. 1 on the Billboard Hot 100 and closes out the year as the third most-consumed song of 2022. Future is also nominated for six Grammy Awards.

Imagine Dragons – Group of the Year: Firmly recognized as one of the top rock acts of the last decade, Imagine Dragons proved their mettle yet again in 2022 with “Enemy,” featuring J.I.D from the series “Arcane League of Legends.” The song is just the latest smash from the band’s immense KIDinaKORNER/ Interscope discography which included the hits “Believer,” “Radioactive” and “Thunder.”

Omar Apollo – TikTok Future Icon Award: Fresh off his Grammy nomination for Best New Artist, Omar Apollo is having his biggest year yet, especially on TikTok, where he has amassed a half-million fans and over 13 million likes.

Kim Petras and Sam Smith – Innovators of the Year: Their chart-topping single “Unholy” from Smith’s upcoming fourth studio album, “Gloria,” quickly catapulted to the top of the charts and became Smith’s eighth U.K. No. 1 hit to date. The duo became the first openly trans and nonbinary artists in the history of the Billboard Hot 100 to have a No. 1 hit.

Kid Harpoon and Tyler Johnson – Songwriters of the Year: The global phenomenon that is Harry Styles’ Grammy-nominated “Harry’s House” is in large part thanks to the brilliant writing of Kid Harpoon and Tyler Johnson. The duo lent their hitmaking skills to the No. 1 song of 2022, “As It Was,” and have previously written with such artists as Lizzo, Shakira and Shawn Mendes.

Atlantic Records – Label of the Year: With a string of multi-format and -platform hits — including “First Class” by Jack Harlow, “Shivers” by Ed Sheeran, “abcdefu” by Gayle, “About Damn Time” by Lizzo and “Super Gremlin” by Kodak Black, Atlantic artists have owned the consumption charts for much of 2022 across streaming and TikTok. As the label looks ahead to its 75th anniversary in 2023, Variety honors Atlantic Music Group Chairman and CEO Julie Greenwald and Atlantic Records Chairman and CEO Craig Kallman along with the label’s staff.

Ebonie Ward – Manager of the Year: In less than a decade, Ebonie Ward, Partner at Emagen Entertainment Group, has worked her way from music industry outsider to manager of award-winning rappers and producers including Future, Gunna and Flo Milli, as well as artist and photographer Hidji World, Spike Jordan of the Genius Club, Grammy-nominated super-producer Turbo and his Playmakers collective.

Ricky Reed – Producer of the Year: With hits from a diverse array of artists including Lizzo, Halsey, the Weeknd, Camila Cabello, Jon Batiste, Leon Bridges, Twenty One Pilots, SZA, Maren Morris, Maggie Rogers, Maroon 5, Bomba Estereo and many more, two-time Grammy-winning producer Ricky Reed is one of the most successful and ubiquitous collaborators of the past 15-plus years.

“Running Up That Hill” by Kate Bush – Sync of the Year: Some 37 years after its original release, “Running Up That Hill” roared onto the charts thanks to a key placement in season four of Netflix’s “Stranger Things” that turned into a viral sensation on TikTok and introduced a new generation to the timeless talent of Kate Bush. The song peaked at No. 3 on the Billboard Hot 100 and closes out the year as the 12th most-consumed song of 2022. Also recognized in the Hitmakers issue is Amy Coles of Sony Music Publishing, Variety’s Hitbreaker of the Year, who secured the synch.

“Variety’s Hitmakers issue is a celebration of those who played a hands-on role in making and breaking the biggest songs of 2022,” said Shirley Halperin, Variety’s Executive Editor, Music. “So many of our previous artist honorees have gone on to win Oscars and Grammy Awards, while executives recognized as Hitmakers have seen promotions and industry accolades. We look forward to celebrating the year in music with the people responsible for bringing us the records we all know and love.”