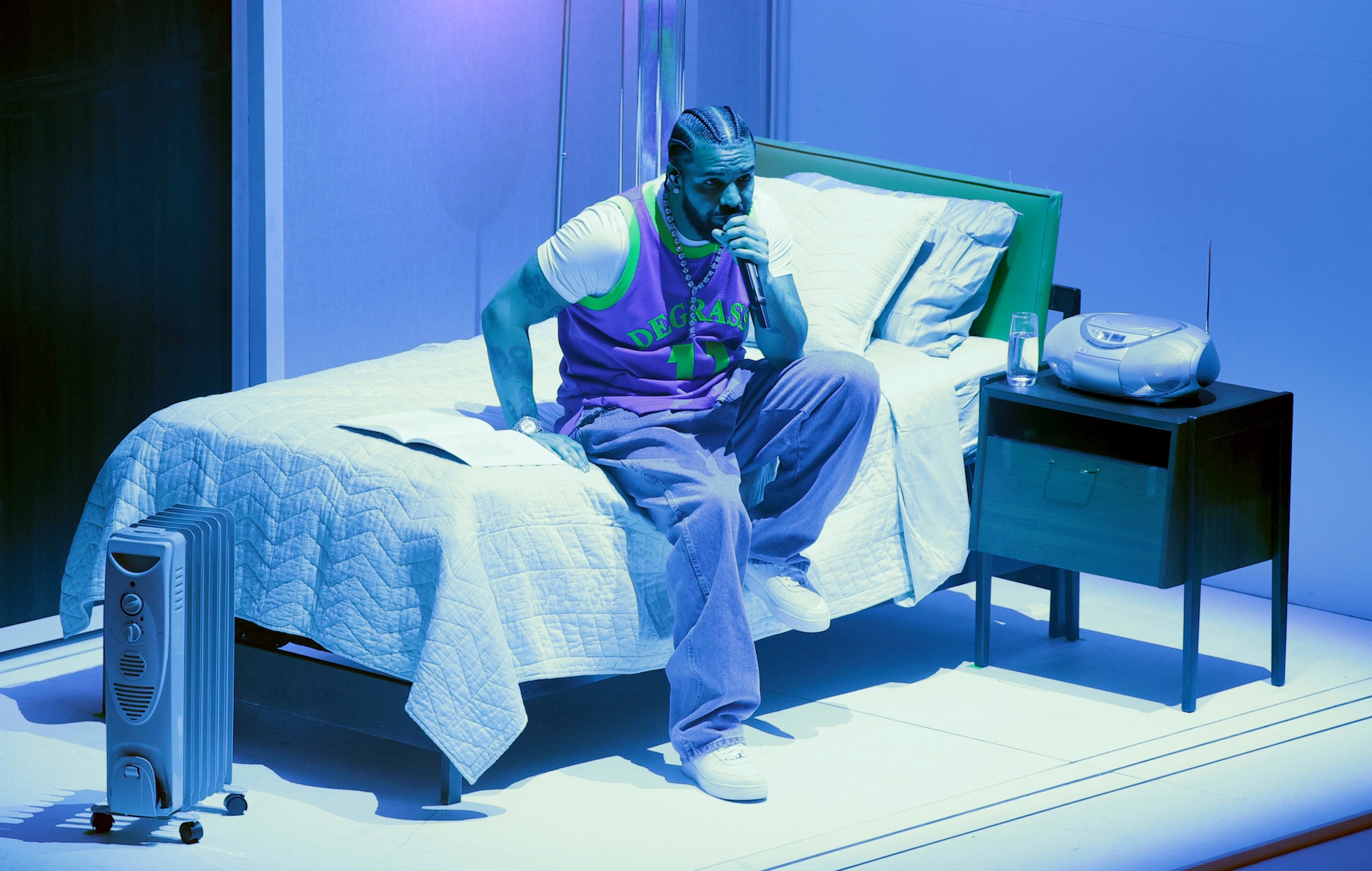 Drake performed a career-spanning SiriusXM concert at the Apollo Theater in New York City on Saturday night (January 21), while teasing a new album and tour and bringing out guests Dipset and 21 Savage.

During the mammoth set, Drizzy performed tracks from all seven of his solo albums. Those included ‘Karaoke’ from ‘Thank Me Later’ and ‘Take Care’ cut ‘Over My Dead Boy’ – both of which previously hadn’t been performed live since 2015. An even rarer surprise came in the form of the 2010 Timbaland collaboration ‘Say Something’, performed for the first time in more than a decade.

Elsewhere on the 40+ strong setlist were the likes of ‘Marvin’s Room’, ‘Over’, ‘HYFR (Hell Ya Fucking Right’, ‘Started From the Bottom’, ‘No New Friends’, ‘Energy’, ‘God’s Plan’, ‘Hold On We’re Going Home’, ‘In My Feelings’, ‘One Dance’ and ‘Passionfruit’. The stage transformed throughout the evening with various set changes, from his childhood bedroom, to a record label boardroom, to a Harlem deli market.

After that, Drake brought out ‘Her Loss’ collaborator 21 Savage to perform a pair of tracks from their 2022 album. The duo kicked off with the live debuts of ‘Privileged Rappers’ and ‘Spin Bout You’, before wrapping up with ‘Jimmy Cooks’ and ‘Knife Talk’. Drizzy ended the night with ‘If You’re Reading This It’s Too Late’ opener ‘Legend’, performing it for the first time live since 2017.

Key takeaways from the evening included, while joined onstage with 21 Savage, Drake teasing a joint tour. “We’re gonna be out on the road this summer,” he told fans. He also indicated a 2023 solo album could be on the way.

“I’ve thought about a bunch of things in life, but at this moment in time none of those things are stopping making music for you, so I’ll be here for you for a little bit at least,” he said. “I hope I can strike up more emotions for you. Maybe this year – I might get bored and make another one. Who knows?”

Drake’s most recent solo album arrived last year with ‘Honestly, Nevermind’. In a three-star review, NME called the record “an unexpected elevation from the bland trap, R&B remakes and Drake’s melancholic to love we heard last time around”, comparing it favourably to 2021’s ‘Certified Lover Boy’.