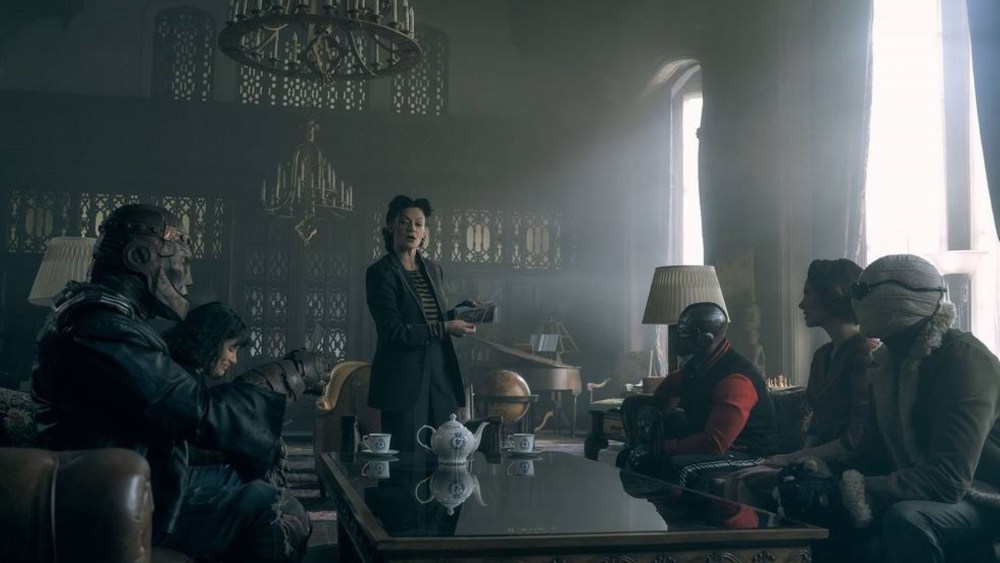 HBO Max has released the official trailer for the upcoming fourth season of the “Doom Patrol,” which stars Brendan Fraser. The season premieres with two episodes Thursday, December 8, on HBO Max, followed by one episode weekly through January 5. An additional six new episodes from season four will be released in 2023.

Season 4 opens with the team unexpectedly traveling to the future to find an unwelcome surprise. While a crucial decision awaits the team, the Doom Patrol must decide what to prioritize — their own happiness or the fate of the world.

Check out the trailer below.

Also in television news for today:

The YouTube series, in which Hart gets into a cold ice bath with his guests, has included interviews from the likes of Marshawn Lynch, George Kittle, Mark Cuban, Chris Paul, Odell Beckham Jr. and others.

Following the release of two seasons of “Comedy InvAsian” on Peacock earlier this year, executive producer Quentin Lee and distributor Victor Elizalde are spinning the series off to spotlight Canadian talent. The new series, titled “Comedy Invasion,” will premiere on November 29 on AAM.tv and will follow onto Amazon Prime, Roku and Tubi among others.

Each episode will feature a half hour set from a Canadian comic who is either from the disabled, BIPOC, LGBTQIA+ and/or female community.

The show was created and directed by Lee. AuYeung is the producer and editor of the series. Brian Cheung is the cinematographer with original music composed by Joelysa Pankanea.

Directed and produced by Hannah Storm and her production company, Brainstormin’ Productions, the series follows the Cooper and Ajanaku, who partner with Nike’s Jordan Brand to design golf footwear and apparel. Eastside Golf and Jordan Brand dropped their first collaboration, the Air Jordan IV sneakers, in August 2021. More collaborations have followed since.