Donald Trump, Three of His Children and Organization Hit With Fraud Lawsuit From NY Attorney General 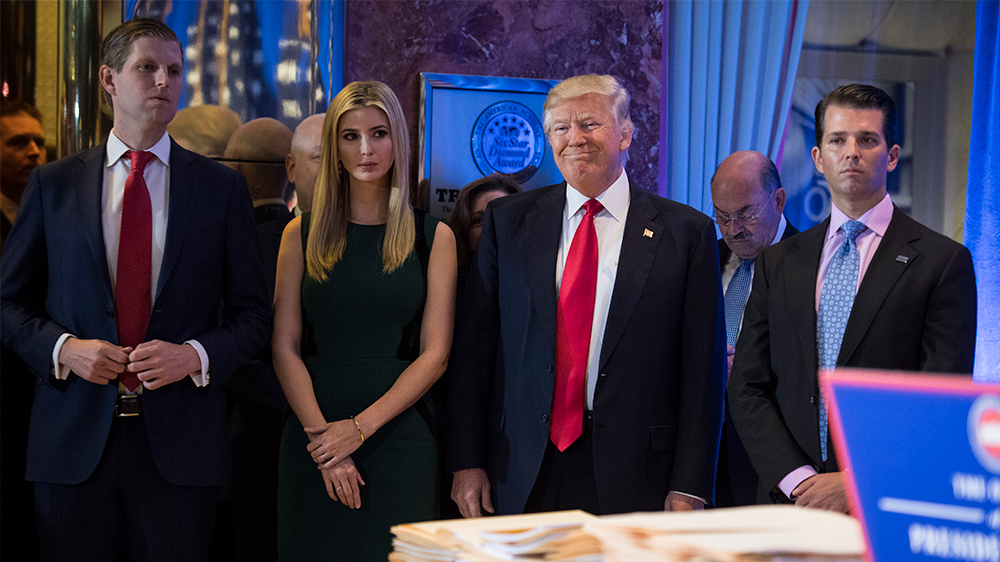 New York Attorney General Letitia James filed a lawsuit Wednesday against Donald Trump, three of his children and the Trump Organization, alleging they were all involved in fraud to make the former president’s net value appear richer to deceive lenders, insurers and tax authorities, according to CNN.

“These acts of fraud and misrepresentation grossly inflated Mr. Trump’s personal net worth as reported in the Statements by billions of dollars and conveyed false and misleading impressions to financial counterparties about how the Statements were prepared,” the suit reads. “Mr. Trump and the Trump Organization used these false and misleading Statements repeatedly and persistently to induce banks to lend money to the Trump Organization on more favorable terms than would otherwise have been available to the company, to satisfy continuing loan covenants, and to induce insurers to provide insurance coverage for higher limits and at lower premiums.”

James alleges that the widespread fraud included all parts of Trump’s businesses, including his properties and golf courses, and that state and federal laws may have been broken. She is asking for $250 million in allegedly fraudulent funds, a permanent ban on Trump and his named children from serving as business directors in the state of New York and to revoke the Trump Organization’s corporate certificate — which would effectively shut down business operations in New York.

In a response to the suit, Trump’s attorney Alina Habba said in a statement to CNN: “Today’s filing is neither focused on the facts nor the law — rather, it is solely focused on advancing the Attorney General’s political agenda. It is abundantly clear that the Attorney General’s Office has exceeded its statutory authority by prying into transactions where absolutely no wrongdoing has taken place.”

The suit comes after FBI agents raided Trump’s Mar-a-Lago residence last month and discovered boxes of classified documents. The Department of Justice is currently investigating possible crimes related to the removal of the documents, amid other investigations into the Jan. 6 riot at the Capitol.