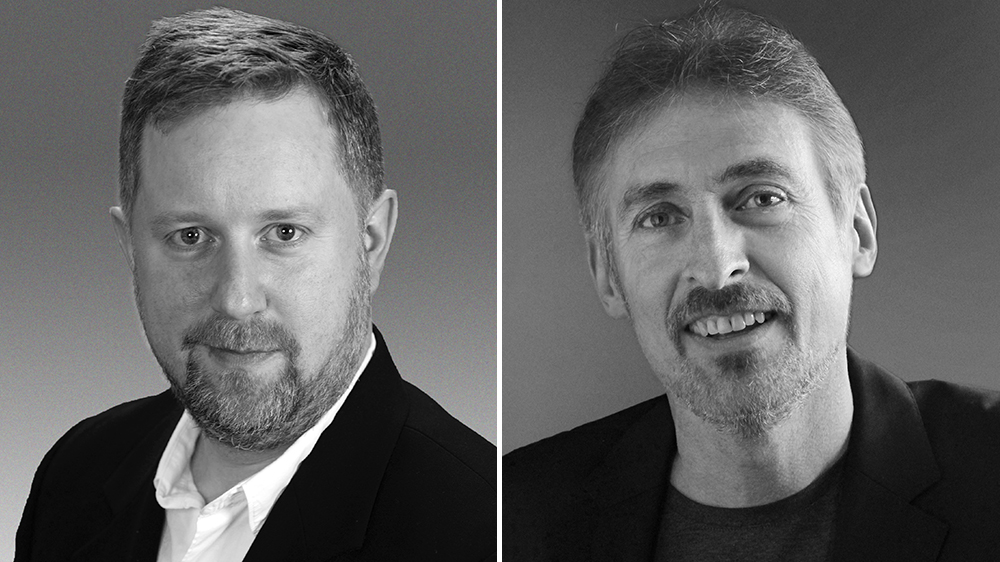 Eric Brevig and Greg Butler have been hired as visual effect supervisors at VFX and animation studio DNEG, the studio announced Thursday.

Both Brevig and Butler come to the studio as winners of the Academy Award winners for best visual effects. Brevig won for “Total Recall” in 1991, while Butler won and Oscar and a BAFTA for “1917” in 2020. In addition, Brevig received Oscar nomination for “Hook” and “Pearl Harbor” along with a BAFTA nomination for “Men in Black,” while Butler received a BAFTA for “Harry Potter and the Deathly Hallows: Part 2” and a Visual Effects Society Award for best character animation for his work on the character of Gollum on “The Lord of the Rings: Return of the King.”

“I am proud to have both Eric and Greg, two highly accomplished industry veterans each with their own incredible legacy of breathtaking work, join DNEG’s creative ranks,” Namit Malhotra, DNEG Chairman and CEO, said in a statement. “Eric and Greg will certainly help us continue to push the creative boundaries of what is possible during this period of technological advancement in our industry and unprecedented demand for our services. Adding professionals with track records, talent, and expertise such as theirs further solidifies DNEG as the VFX and animation studio leader in the category.”

The donation provides a permanent source of financial support to help the school continue to be a creative incubator for future professional interactive media creators. Danny Bilson, SCA professor, chair of IMGD and director of USC Games, will be installed as the John Riccitiello chair in Games and Interactive Media.

SCA Dean Elizabeth Daley said, “We are incredibly grateful to John Riccitiello for this generous and meaningful gift. The games industry is the fastest growing sector of the entertainment industry, and this endowment will ensure our students have the long-lasting support necessary to continue to break barriers and find new ways to create impactful games, interactive experiences and innovative research.”

Muslim Public Affairs Council’s annual Media Awards will honor series “We Are Lady Parts,” “Mira, Royal Detective,” “United States of Al”; feature “I’ll Meet You There” and “Americanish”; as well as journalist Amna Nawaz and actor-activist Hisham Nawfiq. The virtual awards ceremony takes place June 26. The 30th anniversary of the awards will also pay tribute to the 78 past honorees.

The Harry Ransom Center at The University of Texas at Austin has announced it will be creating a new endowment to honor Robert De Niro called the De Niro Curator Film. The center also announced together with De Niro that it will be hosting a gala entitled “A Celebration of Film” to celebrate the center’s 65 year anniversary.

For over 16 years, De Niro has shown a continued dedication to the center and its mission. In 2006, the acclaimed actor donated his archive documenting his cinematic career, and he has continually made additional contributions of materials through the present, adding to the Center’s vast collection of records and objects related to landmark films in American culture.

“I strongly believe in and support what the Harry Ransom Center does to open the creative process of filmmaking to students and the community,” De Niro said. “The Center has done a remarkable job curating a breadth of collections underscoring the history of the art form and the business.”

The “Celebration of Film” gala, which is set to take place September 24 at the AT&T Hotel and Conference Center in Austin, will highlight the impact and legacy of film archival history and will benefit the Center’s film collection and research mission. The Ransom Center’s film archive tells the stories of significant producers, directors, writers and actors from Hollywood’s long history.

“It is a privilege to welcome Robert De Niro, a great friend of the Ransom Center and ardent supporter of the arts, to Austin as we celebrate 65 years of archiving important American cultural history,” Harry Ransom Center director Stephen Enniss said. “This endowment will support the ongoing work to preserve film history and inspire the next generation of filmmakers.”