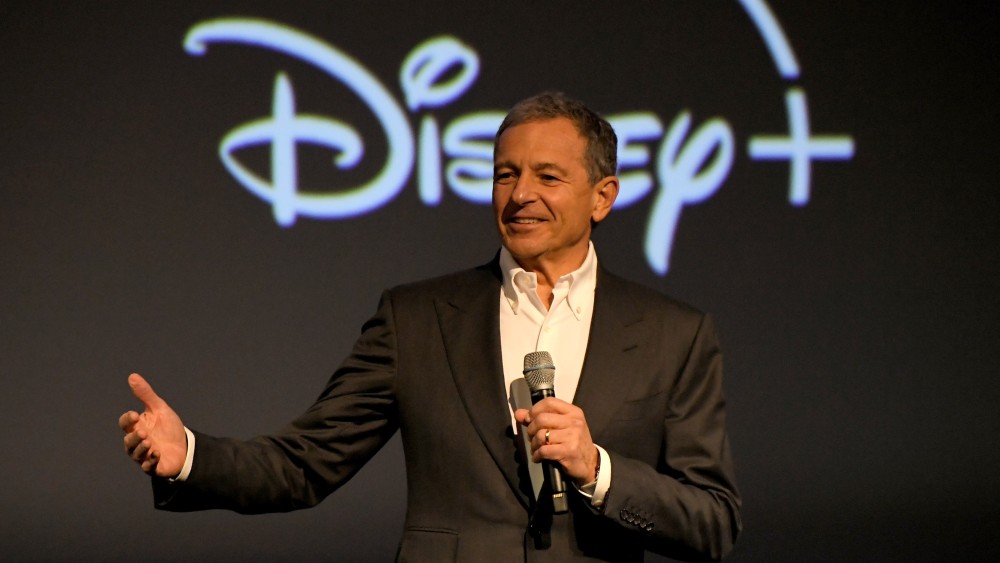 Disney investors rallied behind Bob Iger’s reinstallation as the chief executive of the Magic Kingdom, with the company’s shares climbing more than 9% in premarket trading Monday.

On Sunday, Disney’s board made the surprise announcement that Iger, who previously led the company as CEO from 2005-25, would return for a two-year term. Iger replaces Bob Chapek, who was ousted after a series of missteps at the media conglom during his tenure.

The “magic is back,” MoffettNathanson analyst Michael Nathanson wrote in a note Monday upgrading Disney’s stock from “market perform” to “outperform” and setting a $120/share 12-month price target.

“We applaud Disney’s board for the courage to make this change,” Nathanson wrote. “We have never hidden our affection for Mr. Iger and the job that he did in building Disney into the global powerhouse
that it has become.” The financial analyst noted that the firm has not recommended buying Disney shares since May 2020 “for multiple reasons, including concern that the former CEO Bob Chapek had become wedded to a streaming strategy that did not make sense given today’s reality.”

Earlier this month, Disney’s stock price was battered after the media conglomerate missed Wall Street expectations for the September quarter and revealed that direct-to-streaming losses and linear TV cord-cutting declines for fiscal year 2023 would be higher than expected.

On Nov. 7, Disney shares tumbled to their lowest level in more than two years, closing at $86.75/share. That was the lowest closing price for Disney shares since March 20, 2020, amid the dramatic market sell-off at the outset of the COVID pandemic. As of Friday, the stock had fallen 41% year to date.

In bringing Iger back as CEO, the Disney board said it had given the exec a mandate “to set the strategic direction for renewed growth and to work closely with the board in developing a successor to lead the company at the completion of his term.”

“I am extremely optimistic for the future of this great company and thrilled to be asked by the board to return as its CEO,” Iger said in a statement.

As Disney’s CEO for 15 years, Iger led the acquisitions of Pixar, Marvel, Lucasfilm and 21st Century Fox and increased the company’s market capitalization fivefold. Iger had headed Disney’s creative endeavors until his departure as executive chairman in December 2021, and “the company’s robust pipeline of content is a testament to his leadership and vision,” the board said.

Iger is “perhaps the best leader in media,” Wells Fargo senior analyst Steven Cahall penned in a note Monday — and the Disney board has given him a green light “to shake things up.”

“The Street will see him as a steady leader in uncertain times,” Cahall wrote in the note. “Equally important is that Iger is considered popular among the creative ranks within [Disney] and Hollywood — an area where Chapek was not embraced. Chapek was seen as an ace on park ops, whereas Iger is the content guru, and we think content is believed to be the lifeblood of the company.”

Early in Iger’s run as chief exec, Disney’s film division had suffered large losses after “releasing expensive general entertainment that flopped,” which he turned around after acquiring Marvel, Lucasfilm and Pixar, Nathanson wrote in his note. “We would hope and expect that Mr. Iger examines the investment plans at Disney+ and refocuses their investment on areas of franchise strength and away from broader general entertainment content,” the analyst opined. In other words, Nathanson wrote, “Disney+ — and Disney’s shareholders — could probably do better with fewer end-state subscribers made up of superfans willing to pay high [revenue per subscriber], which would generate much higher margins.”

In addition, given continuing sharp declines in the pay-TV ecosystem, Nathanson expects Iger to enact “deep cost-cutting at ESPN, which should include a review of all the upcoming sports rights in order to more adroitly adapt to these new times.”