This is a physical charm that says “No War” on it. The item costs $40 USD, and all proceeds will be donated to help those who have evacuated from Ukraine to Japan amid the ongoing conflict. Kojima Productions did not say how the funds will be dispersed or what group or groups the company may be working with.

The charm includes a strap hole and a strap so it can be attached to your house keys, or anything else. The item is made of duralumin and has a stainless steel screw on it.

The charm is 5mm thick, 50mm wide, and 55mm tall, and it is 230mm long. The charm was made in Japan and the nylon strap was produced in China.

Kojima Productions is now accepting preorders until it sells out, though the company did not give any indication as to how many units it has available. The website mentions both August and September 2022 ship dates, so it’s not immediately clear which one is accurate.

In other news, Hideo Kojima has announced a new game with Xbox that he says is an entirely new game, and one he’s always wanted to make. Despite his new partnership with Xbox, Kojima Productions continues to have a good relationship with PlayStation, a comment the company made after Norman Reedus said Death Stranding 2 is now in development. 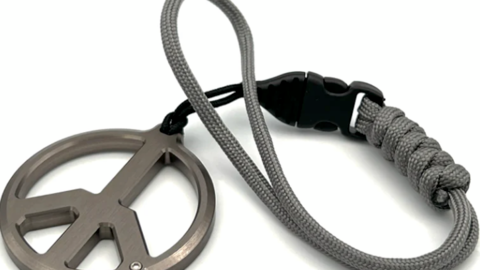