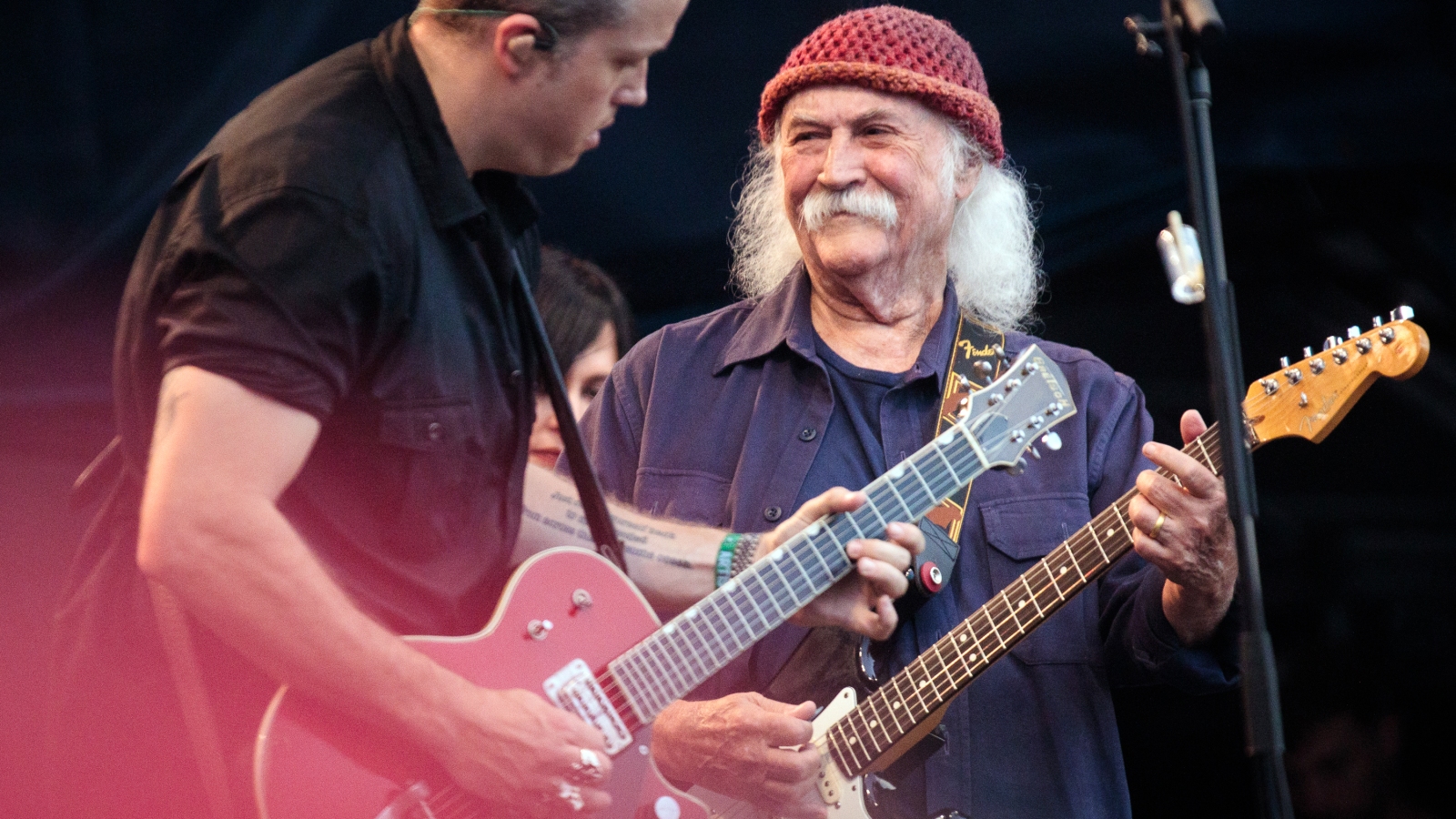 David Crosby, who died on Thursday at 81, gave his final public performance last year alongside one of his favorite songwriters, Jason Isbell. But Isbell says that the folk-rock icon showed up at the Arlington Theatre near his home in Santa Barbara, California, simply to hang out with old friends — Isbell, his wife Amanda Shires, and his band the 400 Unit befriended Crosby in 2018 at the Newport Folk Festival.

“What got him out of the house and to the show was that he wanted to come see his buddies. And it would have been silly for him to come and not sing,” Isbell tells Rolling Stone. The Feb. 26, 2022 gig ended with Crosby harmonizing on Isbell’s song “What’ve Done to Help,” followed by a ferocious rendition of Crosby, Stills, Nash & Young’s “Ohio,” with Shawn Colvin also joining in. It was Crosby’s first concert performance since 2019.

“That was the last time I saw him,” Isbell says. “At that time, he didn’t think he was going to be able to do any more touring. He was having trouble with his hands for a long time and getting to the point where it was hard for him to play. I think that had caused him to resign himself to not be able to do any more live shows, but recently I think he was feeling a little more optimistic about it. He was still writing and recording a whole lot and finished another record from what I understand.”

Isbell first met Crosby at Newport, where he joined Isbell and his band on “Ohio” and CSN’s “Wooden Ships.” The Rock & Roll Hall of Fame member played a few more gigs with Isbell and went on to add his unmistakable harmonies to Isbell’s 2020 album Reunions on the track “What’ve I Done to Help” and “Only Children” — while also breaking in producer Dave Cobb’s mixing console.

“Dave had just bought a brand new API console, the first brand new one I had ever seen in my life, and [Crosby] came in, sat down and dumped out a big sack of weed right on the console, and started rolling a joint,” Isbell says. “He smoked a joint, we sang together, and then he laid down on the couch and went to sleep.”

That unapologetic trait was part of Crosby’s makeup. While he describes the big-voiced Crosby as “90 percent lungs,” Isbell says it’s honesty and bravery that will define the singer-songwriter’s legacy.

“Rule No. 1 for David was to be honest. So if he complimented you, it wasn’t bullshit,” Isbell says. “He was somebody who would challenge even the greatest of his peers, be it Neil [Young] or Joni [Mitchell]. He would challenge them to go somewhere that wasn’t comfortable for them musically. If he got bored with the way a guitar sounded, he’d tune a different tuning that nobody had ever tried before. If he got bored with a harmony part, he’d sing a note nobody expected. He’d sing and if he was out of tune, he’d fix it as quickly as possible, but he trusted his ability to react. He did that on a personal, human level too. He’d just tell the truth and deal with the outcome of it later.”