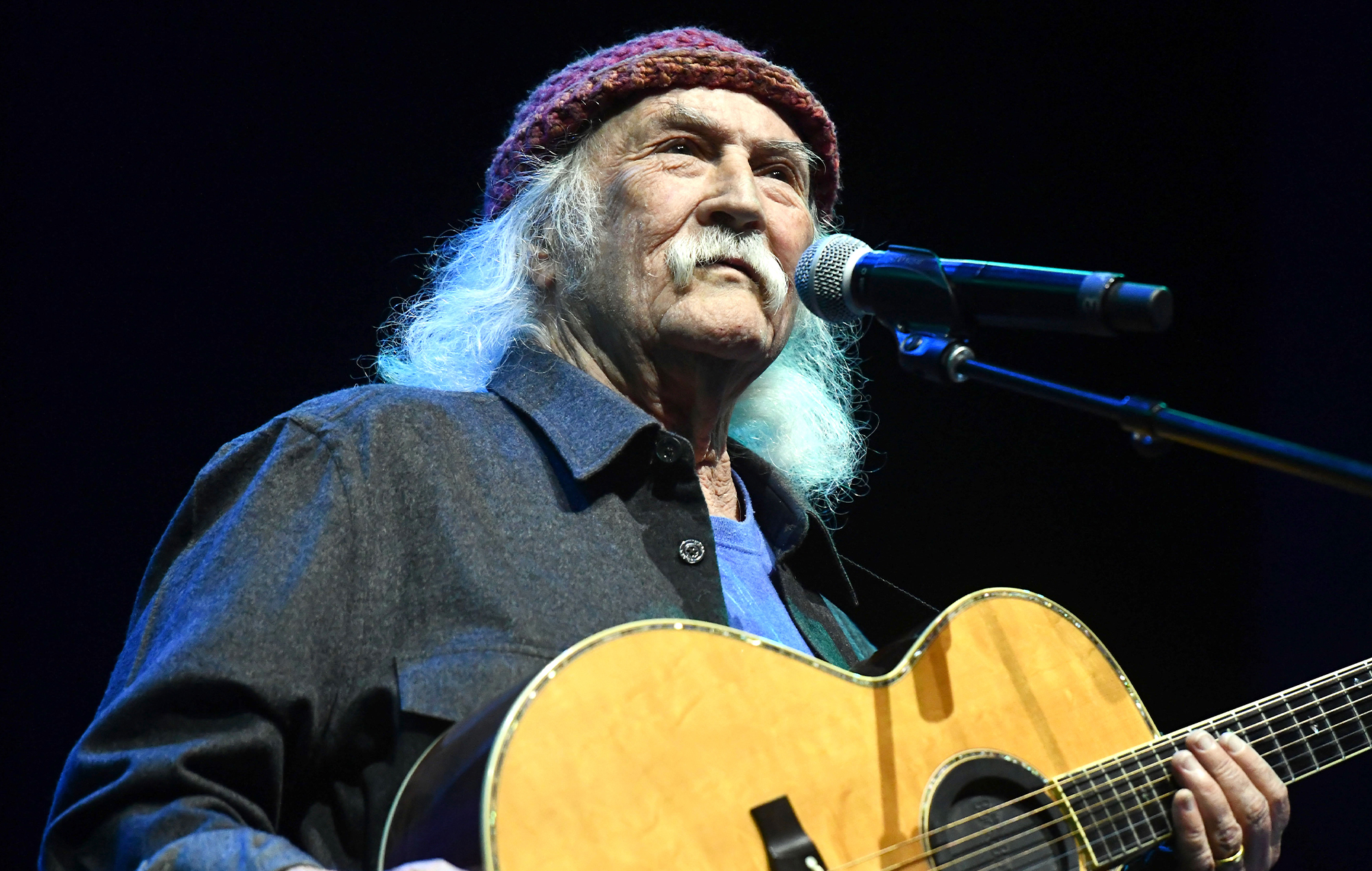 David Crosby fans hoping to catch him on tour soon will be disappointed to know that the iconic songwriter, aged 80 for a few weeks more, has ruled out the possibility.

The former Byrds legend – who will turn 81 on August 14 – confirmed as much on Twitter overnight, responding to a fan who’d suggested he announce a new run of tour dates in the near future. “I think I’m too old to tour any more… sadly,” he wrote.

I think I’m too old to tour any more ….sadly https://t.co/1y6dFscymL

Crosby’s last full touring cycle took place in 2019, with a sprawling run of shows across North America running from May into September. The last of those dates – September 17, 2019 at the Red Rocks Amphitheatre in Colorado – remains his most recent public performance. He did, however, play a private show in Toronto the following month, performing four songs for a live album with Michelle Willis.

In 2021, Crosby told NME that he didn’t envision himself returning to the stage any time soon. “I think I’m done playing live,” he said. “Crosby, Stills & Nash and The Byrds are done; they are history. I’m so proud of all that music. I think it’s wonderful music and I want people to enjoy it, but it is history. We’ve done good work but don’t expect to see it again.”

While he did admit at the time that he “[doesn’t] think [he’ll] play live anymore”, Crosby does have more new music in him. “I do think that I’m going to make at least two more records,” he continued. “It’s very important to me. I love making music, man. It’s my favourite thing to do. I’m going to do another one with James. We’re already writing it and I’m going to do another one with The Lighthouse band – we’re already writing that, too.”

In other news, Crosby recently found himself in hot water with fans when he criticised a fan’s caricature depiction of him. He was blunt in his response to fan DJB Sackett – who had shared his work with Crosby as a “thank you for the music” – writing: “That is the weirdest painting of me I have ever seen. Don’t quit your day job.”

The musician then received a stream of backlash from people supporting Sackett and his art. One social media user wrote: “This is the weirdest reaction to a fan trying to do something nice I have ever seen. Don’t quit your day job, David Crosby… but maybe stop being an unkind schmuck on Twitter.”

Meanwhile, the music of Crosby, Stills and Nash is back on Spotify after the musicians initially removed all of their music earlier this year in solidarity with Neil Young.