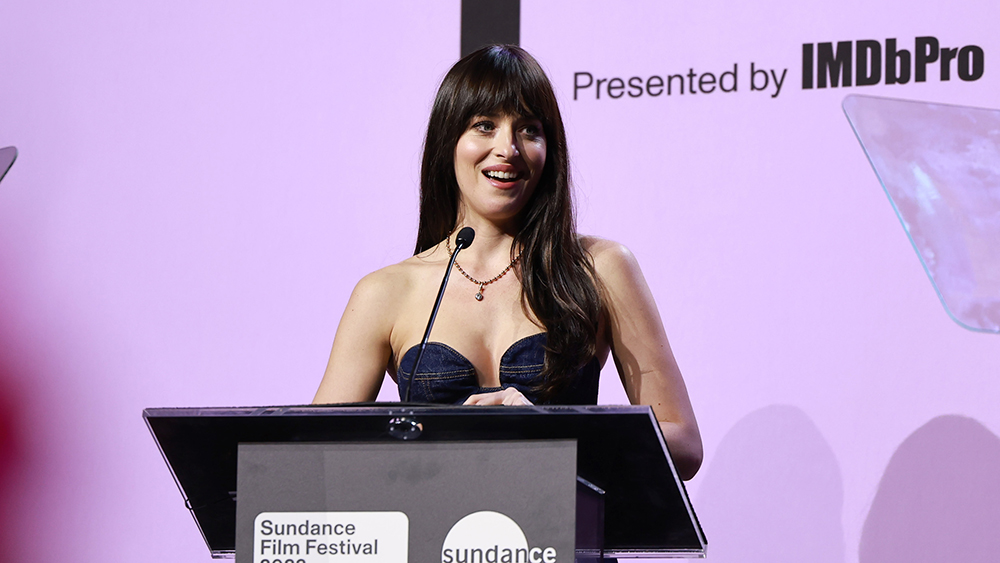 Dakota Johnson kicked off the 2023 Sundance Film Festival with gasps and giggles.

Johnson appeared at the inaugural “A Taste of Sundance” dinner on Thursday night to present her friend and collaborator Luca Guadagnino with the international icon award. While onstage, she applauded the director’s 2017 Oscar-winning indie “Call Me By Your Name” and joked that she was offered the role of the peach but turned it down due to scheduling conflicts.

“Thank god, though,” she said. “I would have been another woman that Armie Hammer would have tried to eat.”

In one of the film’s more memorable scenes, Timothée Chalamet’s character Elio performs a sexual act on a piece of fruit, which Hammer’s character eventually discovers. A few years after “Call Me By Your Name” was released, Hammer faced allegations of cannibalistic fetishes, as well as sexual assault and abusive behavior by extramarital partners. He has denied all accusations, and Hammer’s lawyer has maintained all interactions “have been completely consensual, discussed and agreed upon in advance, and mutually participatory.”

“Who knew cannibalism was so popular?” she joked, evoking laughter from the crowd at Park City’s Basin Recreation Fieldhouse.

Johnson, who starred in Guadagnino on 2015’s “A Bigger Splash” and 2018’s “Suspiria” remake, praised the filmmaker as a lover of cinema (and Prada) as she presented him with the festival’s international icon award.

“In my mind, and I feel like probably in your mind too, Luca Guadagnino is the epitome of an international icon,” she said. “He wears Prada all the time.”