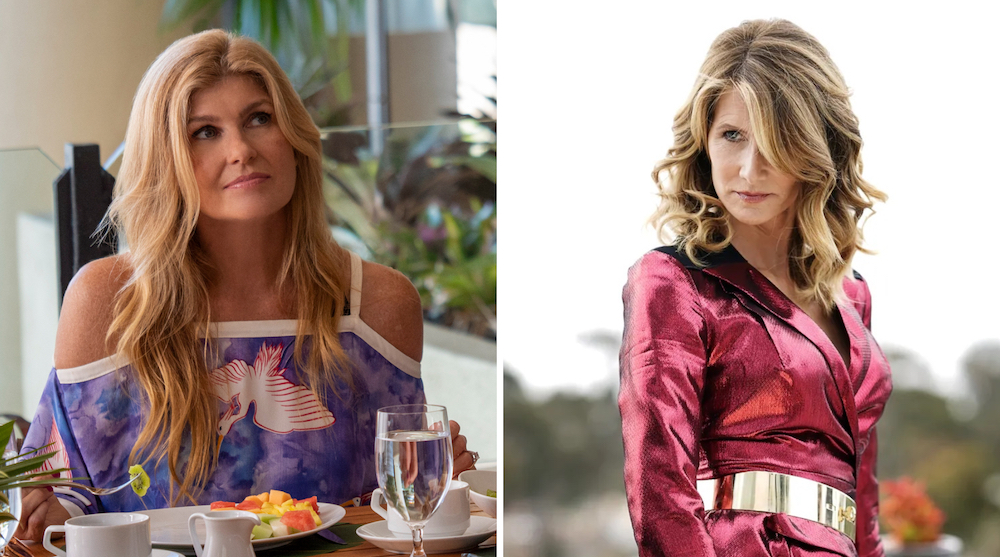 From the moment viewers recognized Laura Dern’s voice in Season 2 of “The White Lotus,” many started wondering about her connection to others — possibly to Connie Britton’s Season 1 character.

In the second season, Dern never appeared but voiced Abby, the estranged wife of Dom (Michael Imperioli) who was heard a few times on the other end of the phone. Britton, meanwhile, portrayed Nicole Mossbacher in Season 1. Many began to wonder if the two women could pop up together in the upcoming third season — possibly as sisters.

“Oooh, I’ve never heard that before,” Britton told Variety at the Television Critics Association’s winter press tour, where she was promoting her upcoming Apple TV+ show, “Dear Apple.” But it’s not out of the picture; if asked back to “The White Lotus,” Britton noted that she’d say yes in a heartbeat due to the relationship she has with creator, writer and director Mike White.

“Of course I would [return],” she said. “Mike is someone I’d admired for a long time in my career, and I was fortunate enough to work with him on ‘Beatrice at Dinner,’ which he wrote,” Britton said. “I think he’s a genius, but also a kind genius. I have loved collaborating with him and I’ll say yes to him ’til the end of time.”

Although few details about the third season have been revealed, White teased the location and the theme in a post-Season 2 finale featurette.

“The first season kind of highlighted money, and then the second season is sex,” White said. “I think the third season would be maybe a satirical and funny look at death and Eastern religion and spirituality. It feels like it could be a rich tapestry to do another round at White Lotus.”

The sophomore season of the award-winning drama ended with a bang with the death of Jennifer Coolidge’s Tanya, who recently told Variety that she hopes to revisit the character one day but doesn’t want to look like a “whiner” by asking for a prequel show: “If you can get that going… You’re going to run into [White], I know you are. Tell him.”