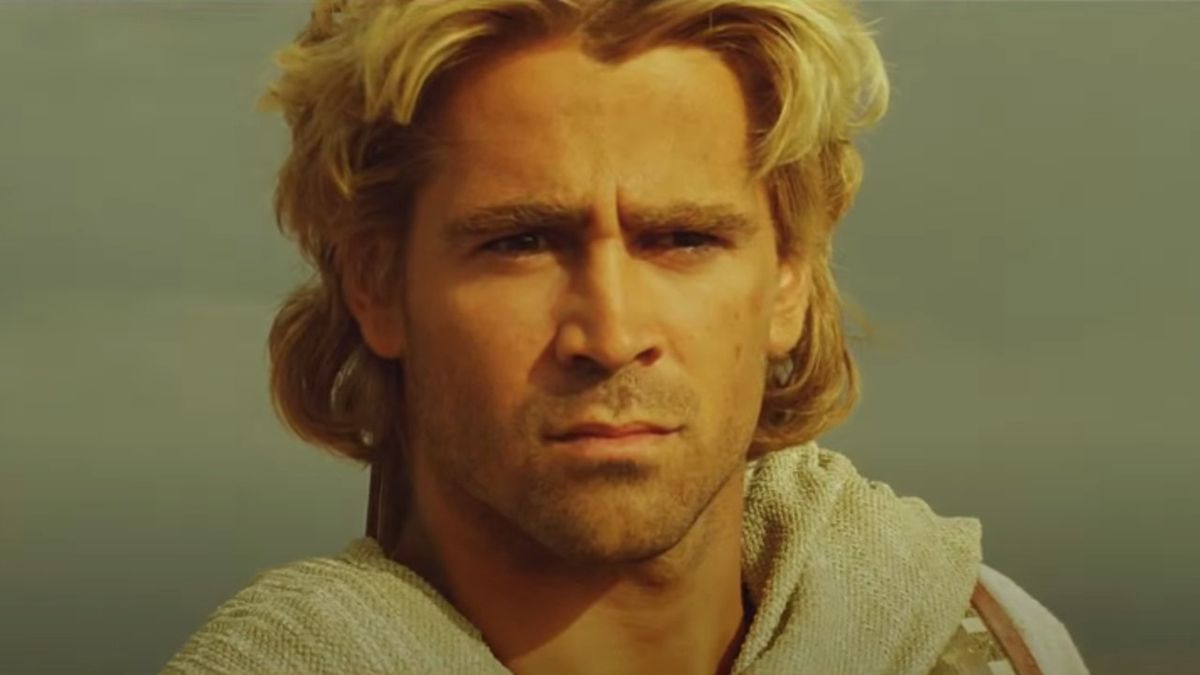 Colin Farrell had a great start to his acting career with his first lead role being the war drama Tigerland and his breakthrough co-starring with Tom Cruise in Minority Report. He even starred in one of the top films of 2022 The Banshees of Inisherin. But like all successful actors, there’s always that one movie that sets you back, such as when Farrell’s historical epic Alexander bombed at the box office.

You would think the Oliver Stone epic Alexander would have shown great promise for its grand scenery and having big-name stars like Angelina Jolie, Val Kilmer, and Jared Leto. While speaking at THR’s Actor Roundtable, Colin Farrell spoke about the high expectations he had while working on what would end up being a box-office failure.

This Irish actor had a very prominent career in the early 2000s with big roles in Phone Booth, The Recruit, and S.W.A.T which had positive reviews and box office successes. He even stood out in supporting roles with one of his best roles in Daredevil as the projectile-throwing antagonist to the hero. Then, Farrell took to independent films as he co-starred with Cillian Murphy in Intermission which broke the record of being the highest-grossing box office film for three years.

With all of the luck this talented actor was having, he went through a brief twist of it once Alexander was poorly received. Farrell continued to speak to his fellow actors about finding out Alexander was getting hit with incredibly harsh reviews.

Alexander was not without controversy with historians not happy with the insinuations that Alexander the Great was bisexual with romantic tension between him and Hephaestion. It’s a good thing Zack Synder’s 300 sequel idea of a gay love story involving Alexander the Great didn’t come to fruition. There was also criticism of the portrayal of the Persians in their garments and military organization. Critics felt that this movie had more the tone of a history documentary with not enough action and emotional depth to fit the historical epic genre. With Alexander’s $155 million production budget and the cost of additional marketing costs, it suffered a loss of $71 million. No Oscar nominations were had here, but Alexander did receive a number of nominations for 2005’s Golden Raspberry Awards and the 2004 Stinkers Bad Movie Awards.

Colin Farrell never would have expected his next project to turn out so badly and make him question his acting ability. He went on to say he was so embarrassed that he took part in Alexander that he wished he could apologize to disappointed audience members.

While no amount of recut versions could salvage Oliver Stone’s Alexander, Colin Farrell was not going anywhere. He was still making bank in his second historical epic New World as Captain John Smith and won his first Golden Globe in another best role of his, In Bruges. While it’s true that it just takes one movie to ruin an actor’s career, Colin Farrell was not one of those actors to succumb to that setback. He just came back stronger.

This native Irishman’s acting career was thankfully not ruined by the doomed film Alexander. During the past year, he’s received a lot of award nominations and wins for his role in The Banshees of Inisherin. Be sure to watch this serious Academy Awards contender on your HBO Max subscription.