Call of Duty Season 4: Mercenaries of Fortune goes live for Vanguard on June 22, bringing a multiplayer map and plenty of Zombies content. Sledgehammer Games has revealed the patch notes for the big update, breaking down all the new content and changes to expect for Season 4.

In addition to Vanguard getting Call of Duty: WWII’s USS Texas 1945 multiplayer map, the Blueprint Gun Game multiplayer mode makes its Vanguard debut. Just like a standard Gun Game match, players want to be the first to progress through all 18 weapons to win the free-for-all match. Players must eliminate an enemy to cycle to the next weapon, while meleeing an enemy will set them back one weapon.

A new season of Call of Duty means the Ranked Play leaderboards are also reset. Players will need to complete 5 Skill Evaluation matches to earn a new Skill Rating and get placed into a Skill Division and Tier for the new competitive season. Additionally, there are new rewards to earn for Season 4.

A few changes arrive for weapons in Season 4. The patch notes include the ability to inspect equipped weapons has been added to Vanguard, and the developer also says it corrected the magazine attachment requirements for several weapon camo challenges.

Sledgehammer Games has adjusted the Sacrificial Hearts feature to award players every 3 rounds for Shi No Numa, whereas players get a heart for every objective round completed on the objective-based maps. The Altar of Covenants inventory will also refresh every 3 rounds on Shi No Numa.

The full Season 4 patch notes can be found below, as shared by Sledgehammer Games.

Season 4 is bringing the new Fortune’s Keep map to Warzone, and a Terminator collab has been confirmed by Activision. For more on what to expect for the Mercenaries of Fortune update, check out everything we know about Call of Duty: Warzone and Vanguard Season 4. 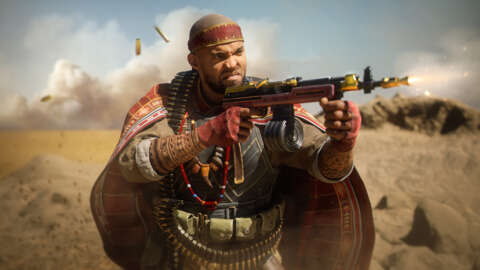