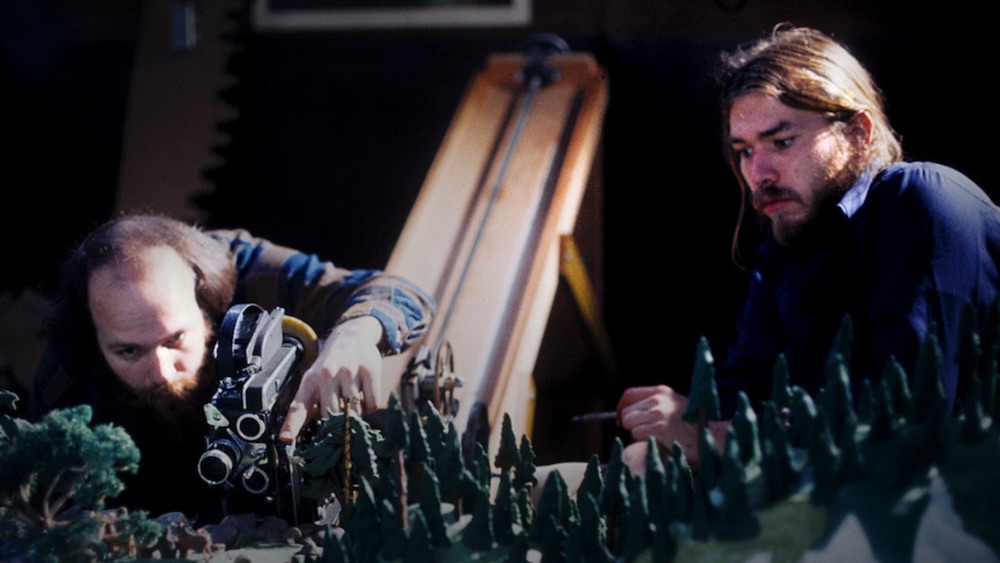 The Book of Genesis contains two competing creation stories: There’s the one where an all-powerful deity conjures everything in six days, and the version where a more anthropomorphic god rolls up his heavenly sleeves and makes man from clay.

Guess which one the visionary stop-motion artist Will Vinton would have preferred.

Co-inventor of the “Claymation” technique, Vinton wanted to be the second Walt Disney. Colorful eyegasm “ClayDream” celebrates all that Will Vinton Studios achieved — its most beloved characters include the California Raisins, rabbit-eared Domino’s Pizza menace “the Noid” and Eddie Murphy series “The PJs” — while musing about what might have been, had control of the company not been wrested away from him by Nike honcho Phil Knight, who rechristened it Laika and put his son Travis in charge.

That was an unhappy end for Vinton (who died in 2018), to be sure, but like the Old Testament origin story, this saga has multiple versions. Director Marq Evans does his best to take the “Rashomon”-like mix of occasionally contradictory memories by artists, exes and former colleagues of Vinton’s and fashion them into a cohesive narrative, introducing the 2004 Vinton v. Knight case early as the proverbial sword of Damocles to his narrative.

“ClayDream” is a cleverly packaged oral history exercise, centered on an interview with Vinton himself, who evolved from long-haired hippie to a kind of real-life cartoon character, with his bald head and circus mustache. Evans draws from an extensive archive of vintage Vinton Studios animation, deep enough that there’s a suitable clip for nearly any sound bite from the movie’s many talking heads — among whom only Bill Plympton’s name may be familiar, as he’s gone on to enjoy solo success.

Though he practiced a “no layoffs” policy even during lean times, Vinton seldom shared credit with his team, which made many feel like they were toiling for his glory. There’s a kind of karma to what happened, considering the way he and early collaborator Bob Gardiner parted ways. The duo shared an Oscar for “Closed Mondays,” a clever 1974 stop-motion short that imagines what happens after-hours in an art museum. Apparently, Gardiner was the true inventor of Claymation, while Vinton turned the technique into a thriving business model — which led to death threats and harassment from his resentful ex-partner.

Historically speaking, animators aren’t necessarily the most well-adjusted people, so it’s easy to believe a close friend’s analysis when she says, “He had trouble expressing emotions when it wasn’t with clay.” When working with their element, however, Vinton and his team were truly extraordinary, developing techniques that advanced the form, including moving cameras, complex compositing and objects that dynamically transform before our eyes (what Vinton calls “metamorphosis”).

To some extent, Vinton Studios was a victim of its own success. The company’s work for the California Raisin Advisory Board was so popular that it attracted other commissions and advertising campaigns, which kept Vinton busy with for-hire projects, when what he really wanted to do was make original films. He directed just one feature, “The Adventures of Mark Twain,” an astonishingly ambitious omnibus project that wasn’t quite kid-friendly enough to catch on. Like Vinton’s half-hour “The Little Prince” adaptation, it still holds up.

That’s one of the advantages of stop-motion over flashier digital forms of animation: Since the creations are practical, repositioned and captured frame by frame, the results can be both “crude” and timeless. Claymation is nearly as time-consuming and patience-testing a technique as they come, often bearing the fingerprints of its makers — which has inspired like-minded artists around the world. (It’s a shame that Evans doesn’t include testimony from Nick Park and Tim Burton, who were clearly inspired by Vinton’s legacy.)

It would have been nice to hear from Laika chief Travis Knight as well, since the “Kubo and the Two Strings” director (who went on to helm live-action “Transformers” spinoff “Bumblebee”) began his career in the trenches of Will Vinton Studios. Dramatically speaking, it’s more expedient for Evans to position Phil and Travis Knight as antagonists in Vinton’s life story, even if the company was on its last legs when the takeover happened.

It’s a little too easy to tease Travis Knight by digging up the rap videos he made as “Chilly Tee,” but Vinton’s early work was equally immature. Framed another way, the idea that the foundation Vinton established went on to support his dream in someone else’s hands — functioning as a world-renowned feature film studio — could be a positive thing. In that telling, Vinton saw all that he had made, and it was very good.