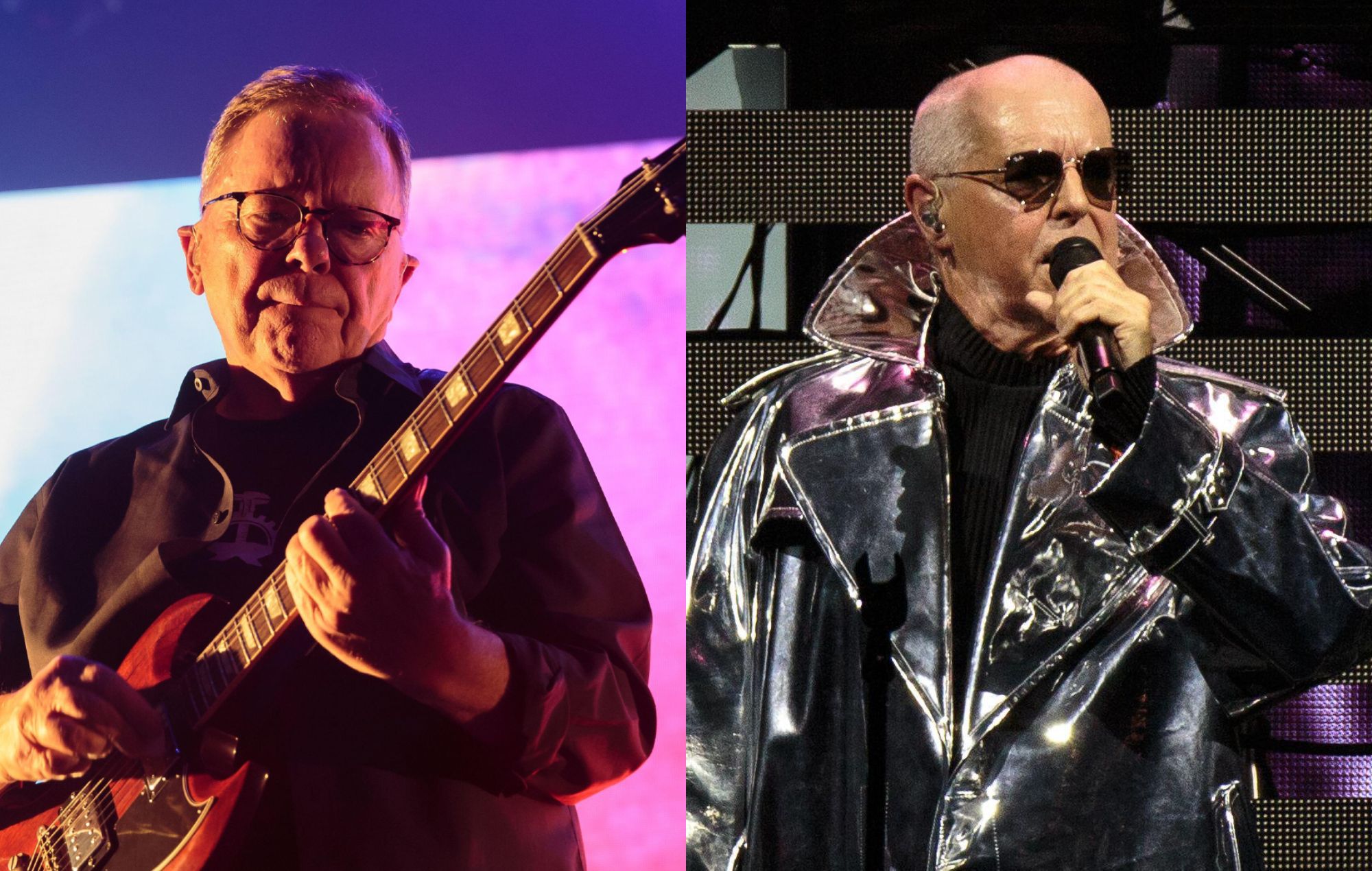 New Order and Pet Shop Boys kicked off their joint North American tour over the weekend – see footage, pictures and the setlists from their opening night below.

The British synthpop titans’ tour got underway at Toronto’s Budweiser Stage on Saturday (September 17) following delays due to the COVID pandemic.

The Unity Tour’s revised dates include guest DJ Paul Oakenfold and take in an additional date at Brooklyn’s Barclays Center in New York. Head here for any remaining tickets.

New Order opened their set on Saturday with ‘Regret’ and wrapped with a cover of Joy Division‘s ‘Love Will Tear Us Apart’.

Pet Shop Boys, meanwhile, opened with ‘Surburbia’ before closing with ‘Being Boring’. The duo also played several covers including Gwen McCrae’s ‘You Were Always On My Mind’ and Sterling Void’s ‘It’s Alright’.

‘Suburbia’
‘Can You Forgive Her?’
‘Opportunities (Let’s Make Lots Of Money)’
‘Where The Streets Have No Name (I Can’t Take My Eyes Off You)’
‘Rent’
‘I Don’t Know What You Want But I Can’t Give It Any More’
‘So Hard’
‘Left To My Own Devices’
‘Domino Dancing’
‘Love Comes Quickly’
‘Losing My Mind’ (Stephen Sondheim cover)
‘You Were Always On My Mind’ (Gwen McCrae cover)
‘Dreamland’
‘Heart’
‘It’s Alright’ (Sterling Void cover)
‘Vocal’
‘It’s A Sin’
‘West End Girls’
‘Being Boring’

Check out some snaps from last night show in Boston.
Share your photos and video from @LB_Pavilion using #UnityTour.

Thank you for the warmest welcome on a stormy night, Boston!

Dengler departed the NYC indie outfit back in 2010, having been a member since the group’s formation in 1997. Interpol continued as a trio, though their live shows feature additional touring musicians.

Shortly after Dengler quit, former New Order bassist Hook told LA Weekly that he’d “applied” to replace the ex-member but claimed he “didn’t get picked”. The musician added: “I applied as Peter Hook, and they turned me down.”

Hook told the outlet at the time that Interpol had released “an internet application form to be a bass player”. The comments came after the interviewer noted that the New Yorkers had a “Joy Division-sounding” style.

Responding to the comparison, Hook said: “I don’t mind it, it has to be taken as a compliment.”

Speaking to NME for the ‘Does Rock ‘N’ Roll Kill Braincells?!’ quiz last month, guitarist Kessler said he wasn’t aware that Hook had put himself forward for the role some 12 years ago.

“I heard some weird rumblings as far as the story and the rumour behind it, but I don’t think I even knew that he supposedly applied online,” he explained.

“I don’t even know to whom or where, but we never received anything and we never had such a discussion.”