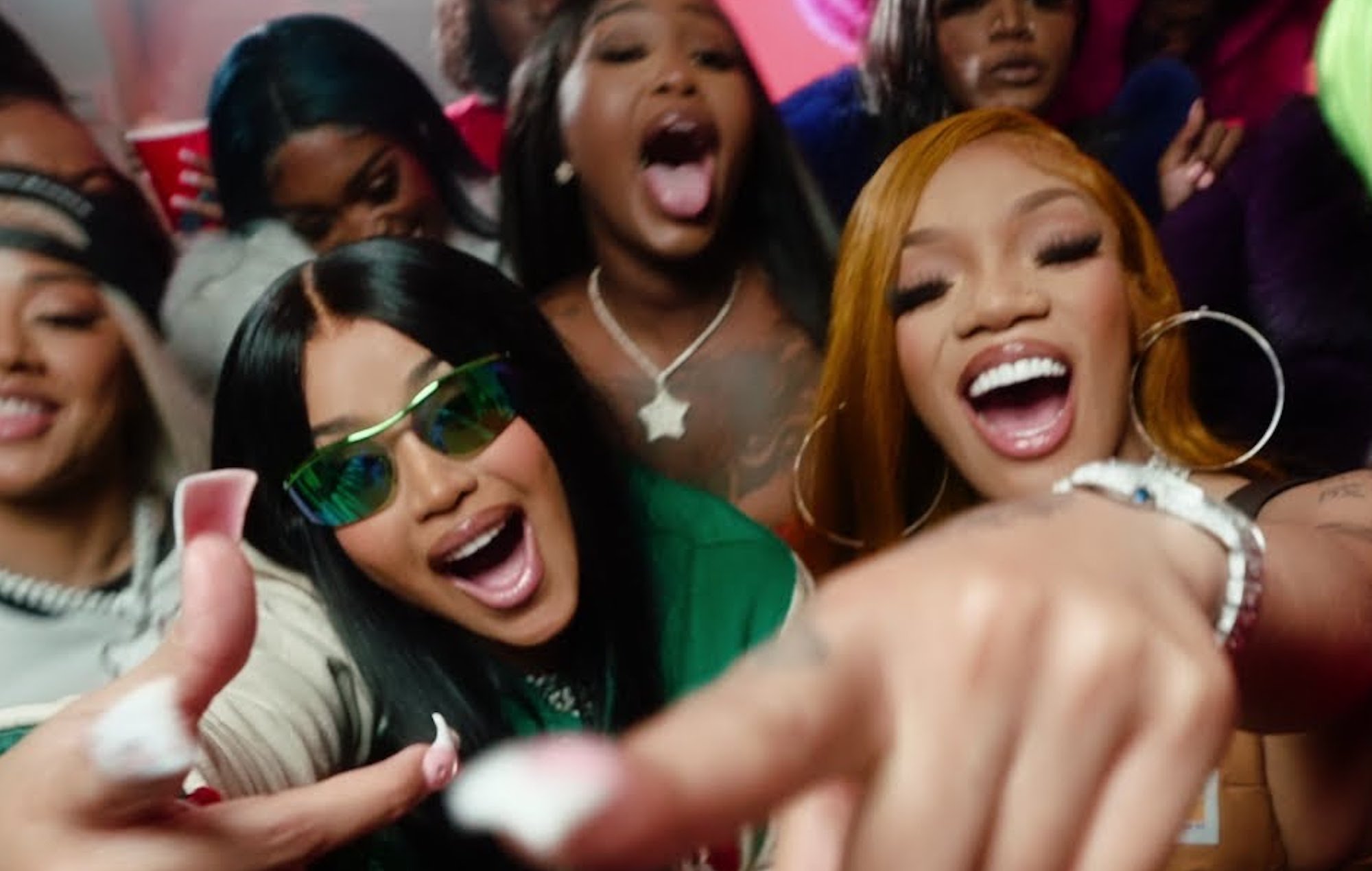 Cardi B has shared a new single with Memphis rapper GloRilla – listen to the pair’s new collaboration, ‘Tomorrow 2’, below.

The track is Cardi’s first track since the release of the single ‘Hot Shit’, featuring Kanye West and Lil Durk, back in July. In its official video, Cardi scaled a skyscraper.

‘Tomorrow 2’ is the follow-up to GloRilla’s recent single ‘Tomorrow’, and comes complete with an official video that sees the pair living it up.

Listen to ‘Tomorrow 2’ and watch its official video below.

‘Hot Shit’ marked Cardi’s first solo release since 2021’s ‘Bet It’, which was lifted from the soundtrack for the Netflix drama Bruised. Since then, the rapper has featured in a suite of collaborations, including the Normani-assisted ‘Wild Side’, Lizzo’s ‘Rumours’ and the extended version of Summer Walker and SZA’s ‘No Love’.

‘Hot Shit’, which samples Marcia Griffiths’ 1990 track ‘Electric Boogy’, joins previous singles ‘WAP’ and ‘Up’ on the tracklist of Cardi’s upcoming sophomore album. The as-yet untitled follow-up to Cardi’s 2018 debut, ‘Invasion Of Privacy’ – which earned her a Grammy for Best Rap Album – is yet to be formally announced.

Elsewhere, the rapper recently posted a video showing off her signed copy of Beyoncé‘s ‘Renaissance‘ on vinyl, complete with a personal thank you note penned by the pop star.

In the clip the rapper appears to be delighted with the LP and warns viewers that no one can touch her special gift.

“Look what Beyoncé sent me. Read it, bitch!” Cardi says with a laugh while holding up the vinyl. “It was so beautiful, so lovely. I’m gonna put it in a glass frame with some laser beams on it. Anyone who gets motherfucking next to it is gonna get electrocuted on motherfucking site.”

She then says: “I just wanna say ‘thank you so much.’ I feel so special,” before singing along to Beyoncé’s ‘Renaissance’ song ‘Plastic Off The Sofa’.