Call of Duty: Modern Warfare 2 Beta– Best Perks And How They Work

Infinity Ward is wrapping up a PlayStation-exclusive first weekend of Call of Duty: Modern Warfare 2‘s multiplayer beta. The crossplay beta weekend is coming up, and we’re highlighting all the perks available in the game. Modern Warfare 2 makes some pretty significant changes to Call of Duty’s perk system, so we’re going to break down everything you need to know about using perks this year.

How perks work in Modern Warfare 2

Call of Duty: Modern Warfare 2 features a mostly familiar list of multiplayer perks that longtime fans will recognize, and there are a few new perks to discuss as well. However, perks work a bit differently in Modern Warfare 2.

While it might seem like a bummer to not have all your perks for the start of the match, you can acquire your perks earlier than the standard earn times of four and eight minutes. You just need to score some kills or play the objective of whatever mode you’re in, as every 10 points you earn in your match will shave a second off of the timer.

All perks currently in MW2 MP

It’s important to consider your playstyle when choosing perks for your custom packs. If you’re an aggressive player, you might want Double Time and Overkill for your base perks with Fast Hands and Bird’s-Eye for the bonus and ultimate perks. This will let you speed around the map with two primary weapons, give fast reload and weapon swap, and you’ll get enemies marked on your map.

If you want to be sneaky or more tactical, try Tracker and Scavenger for the base perks, and Spotter and Ghost for the bonus and ultimate perks. This lets you track enemy footsteps for a sneaky kill, resupply ammo, spot and hack enemy equipment, and eventually keep you off the enemy UAVs.

It can also be handy to have at least one set of perks tailored to help you survive the matches where the enemy team is destroying you with killstreaks and equipment. For these situations, Battle Hardened and E.O.D. would be good base perks, and Cold-Blooded and Ghost would be best for the bonus and ultimate perks. This will help you reduce the damage taken from lethal equipment, reduce the effects of stuns, keep you hidden from enemy streaks, and eventually, you’ll be kept off the enemy UAVs. 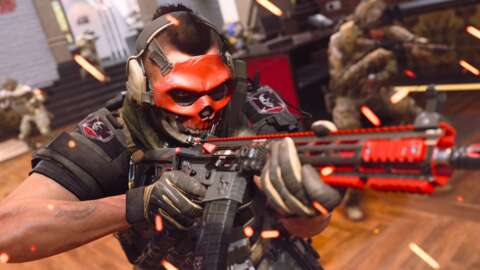