In addition to Call of Duty: Warzone’s big new Season 4 update, Call of Duty: Mobile is growing in a big way this month with the launch of Season 6: To The Skies. The new season launches June 29, and, among other things, it brings back the fan-favorite Favela map from Call of Duty: Modern Warfare 2.

The version of Favela featured in CODM is based on the Call of Duty: Ghosts iteration of the map. It’s set in Rio de Janeiro and features close-quarters lanes and wide-open sections for snipers. To this day, it remains one of Call of Duty’s most beloved multiplayer maps.

CODM also introduces a new vehicle, the Jackal, which is equipped with missiles and a gatling gun to rain fire from above. “While flying, your HUD will display other jets, whether enemy-controlled or friendly controlled or non-manned. Adjust your speed and engage in aerial combat to mark your supremacy in the skies,” Activision said in a blog post.

To mark the launch of Jackals, CODM is adding a new event called Fueled Up focused around the Operator Alias. Players can complete daily tasks to earn tokens that can be redeemed for upgrades to the jet, or even an Epic-level KN-44 Silver jet.

Season 6 also adds more seasonal challenges that players can complete to earn up to 30,000 battle pass XP that can be used to unlock the L-CAR 9 weapon, more operator skins, and additional weapon blueprints.

There is also a new sale going on in the CODM store. Starting July 3, players can save as much as 35% on content, including the Rising Tides Draw that returns with Season 6. Take to the Skies arrives June 29, starting at 5 PM PT / 8 PM ET. 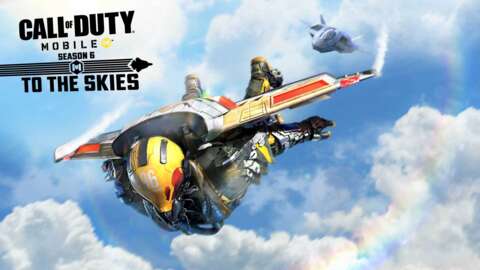