Call Of Duty: How To Get A Tactical Nuke In Warzone 2

Warzone 2.0 is live with the new Al Mazrah map, and the battle royale has added Call of Duty’s iconic Tactical Nuke killstreak to the game. Earning something as powerful as a game-ending nuke is a powerful reward, so this is a pretty difficult goal to obtain. Here we’ll guide you through all the steps needed to nuke Al Mazrah for yourself.

How to earn a nuke on Al Mazrah

Before you can even start the complicated steps to earning a Tactical Nuke killstreak, you first must achieve the difficult feat of obtaining five wins in a row in Warzone 2. Once you get your five consecutive wins, your sixth match will grant you the Champion’s Quest contract.

At the start of your sixth match, the Warzone map will reveal three yellow Warzone logos, and these will all be located relatively close together. Pick any of the three and the quest will activate for you.

The Champion’s Quest says, “Assemble the nuke and destroy the warzone.” This contract objective requires you to locate the Periodic Elements needed to assemble the nuke, and all of this must be done before the match ends.

An objective meter will pop up with four circles, and you’ll need to wait for each circle to fill up during the game and reveal an element on the map. Go to the marked location, and you’ll find this first element is Beryllium. Once you or your squadmate picks up the Beryllium, whoever is holding it will be permanently marked with a Most Wanted crown for the remainder of the match.

Note: This is a gold Most Wanted crown instead of the normal red one, indicating that you’re attempting to assemble the nuke. Anyone familiar with the quest will know exactly what you’re doing.

With the Beryllium acquired, you’ll need to wait for the next element to be revealed, and repeat the process to obtain Plutonium. Whoever grabs the Plutonium will start taking constant damage until the end of the match. This will eat away at armor plates and damage the carrier slowly over time. It will also damage any teammates in close proximity.

The final of the three elements revealed will be Tritium, and this will affect the carrier with a scrambled radar for the remainder of the match. Just like the radiation damage, this will also affect any squad members in close proximity.

Now, you’ll have all three elements needed for the Tactical Nuke, and you’ll just need to wait for the bomb site to be revealed, which happens at the start of the fourth circle. Reminder, you’ll still be under the effects of all the elements during this time.

Acquiring all three elements also initiates a Jailbreak public event, meaning all the dead and spectating players will be returned to the match. This also means you’ll want to stick around if you’re on the spectating side of the nuke assembly, because you’ll get a chance to fight for the win.

At the start of the fourth circle collapse, a plane will fly overhead and drop the bomb on the map. It’s marked as a nuke icon, and a 5-minute timer will trigger once the bomb hits the map.

Head to its location and interact with the device to put the collected materials into it. This assembly process will remove all the negative effects of the elements, and it will begin a 2-minute countdown until detonation.

Everyone will know where the nuke is, and you’ll need to fight them off. Deactivating a nuke works much like multiplayer’s Search and Destory mode, where you interact with a bomb site and it takes a few seconds to defuse it. If not defused, this will trigger a game ending Tactical Nuke.

Failing doesn’t mean you need to start over. Luckily, if you fail the Champion’s Quest contract, you’ll get two more match attempts to complete it. Otherwise, you’ll need to hope for the five-win streak to earn the contract again.

Completing the quest earns you and your squad a few rewards beyond just XP and bragging rights. You’ll be rewarded with a special Champion’s Domination victory screen, as well as a unique nuke-themed calling card, emblem, sticker, and weapon charm.

Tips for earning the nuke

Grab a helicopter to keep yourself and your squad on the move, which can help keep you safer and make locating all the items easier. Stick together as much as possible to protect the carrier(s) of the elements. You can choose how you want to play this. One person can grab the elements and succumb to the effects, or you can split them up amongst squadmates.

Make use of the wait times between element reveals, and get some looting done in quiet places away from the main POIs. Have at least one person stowing items like stims and armor plates in their backpack, so there’s enough plates and stims to help keep you alive.

You’ll also likely need to make trips to gas stations to repair and refuel, which can easily be done by landing on top of a gas station rooftop. A squadmate can also carry gas cans in their backpack to allow you to refuel on the go.

This is going to be a very challenging quest to complete, but this guide should hopefully help you activate or prevent a Tactical Nuke from ending your match.

If you’re new to the game, you might want to start off with our Warzone 2.0 tips guide for beginners. We also have a beginner’s guide for DMZ mode. A new weapon can be unlocked for use across Modern Warfare 2 and Warzone 2.0, and here’s our guide to unlocking the M13B assault rifle in DMZ. 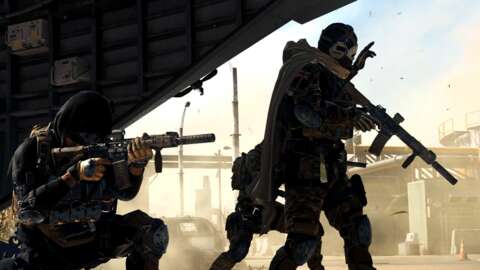