Brooke Shields Was Raped Early On In Her Hollywood Career: ‘I Just Thought, Stay Alive And Get Out’ 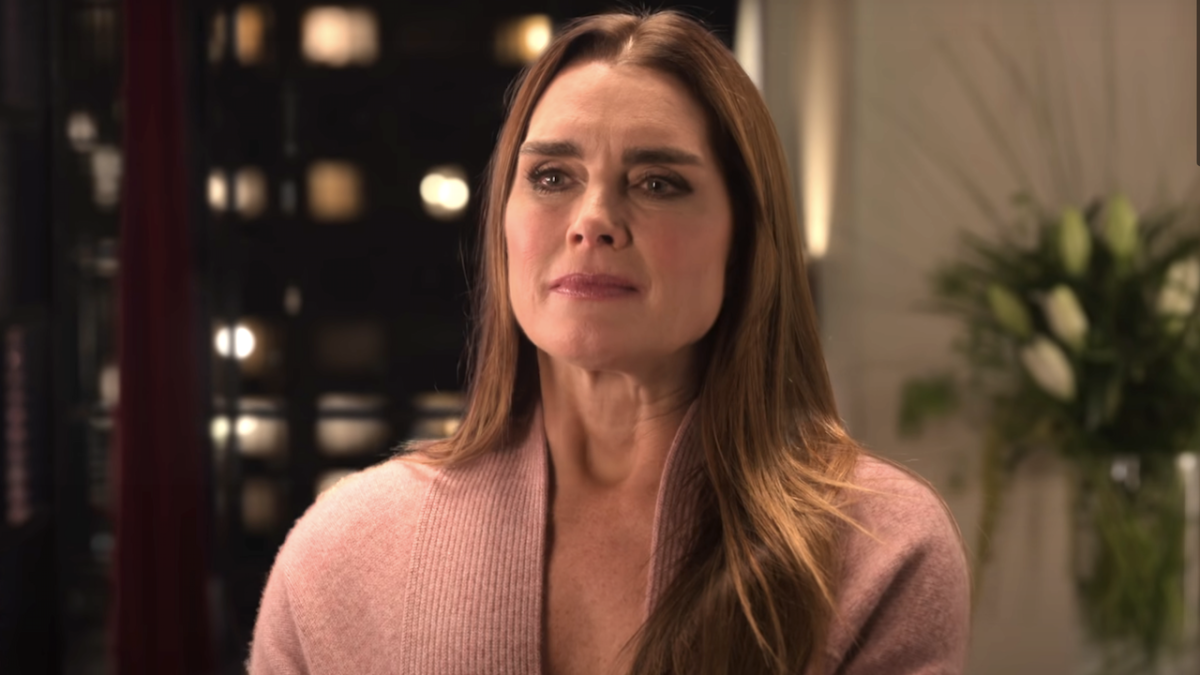 Trigger Warning: This story includes sensitive subject matter that may be hard for some readers.

Long-time model and TV/film actress Brooke Shields has been in the industry for quite some time and has experienced her share of ups and downs. Sadly, she just recently revealed in a shocking new documentary from Paramount Pictures that she was sexually assaulted early in her Hollywood career. Shields revealed harrowing details, including her attempt to “stay alive and get out.”

The film Pretty Baby: Brooke Shields premiered at the Sundance Film Festival on Friday and garnered standing ovations for the star. Though the former supermodel does not reveal the identity of her attacker, she says he was someone she already knew and thought they were meeting to discuss her casting in an upcoming movie. The Sahara actress says in the documentary  (via News 24) that the assailant took her back to his hotel, claiming he would call her a taxi from his room, only to assault her. After telling the aggressor no, she froze and could only think about staying alive long enough to get out. The actress said:

The 57-year-old star then says that her friend and head of security, Gavin de Becker, later informed her, “That’s rape.” However, the actress says it was something she wasn’t “will to believe that,” so she decided not to speak of the incident until now.

The Wanda Nevada actress’ account of assault mirrors many other victims’ stories that have come to light since the #MeToo movement began to pick up steam after the Harvey Weinstein scandal began to unfold. The story behind the women who broke the Weinstein story was told thoroughly and rivetingly in the recent critically acclaimed movie She Said.

Pretty Baby: Brooke Shields was directed by filmmaker Lana Wilson (known for the critically well-received Taylor Swift documentary Miss Americana). It’s set to premiere on Hulu in two parts after it completes its festival run. The film documents the saga of Shields’ rise to fame from the time she was 11 months old up to the present. The movie deals heavily with how the young actress was sexualized in film, starting at age 12, in Pretty Baby, and perhaps most well known, in The Blue Lagoon.

She was only 14 years old when she was hired to portray the shipwrecked Emmeline in Randal Kleiser’s coming-of-age story. The actress has been very vocal lately as she reminisced over her hardships on the film’s set, mainly catching pneumonia and having to act in the nude as an underage teen.

The upcoming documentary is also said to depict the media’s obsession with teenage Brooke Shields’ virginity, her mother’s alcoholism, and her first marriage to tennis star Andre Agassi. According to the Suddenly Susan alum, she felt it was her time to tell her story but feared being ‘shut down’ and perceived as a victim. She continued:

It’s unfortunate that the star had to live through such harrowing life experiences, but one would imagine that she feels a sense of relief to finally able to tell her story. Pretty Baby: Brooke Shields will be streamable later this year for anyone with a Hulu subscription. You can check with CinemaBlend for updates about this 2023 movie release and more.

If you or someone you know has been sexually assaulted, help is available. RAINN is the nation’s largest anti-sexual violence organization. You can chat with someone now at online.rainn.org or can call 800-656-4673.