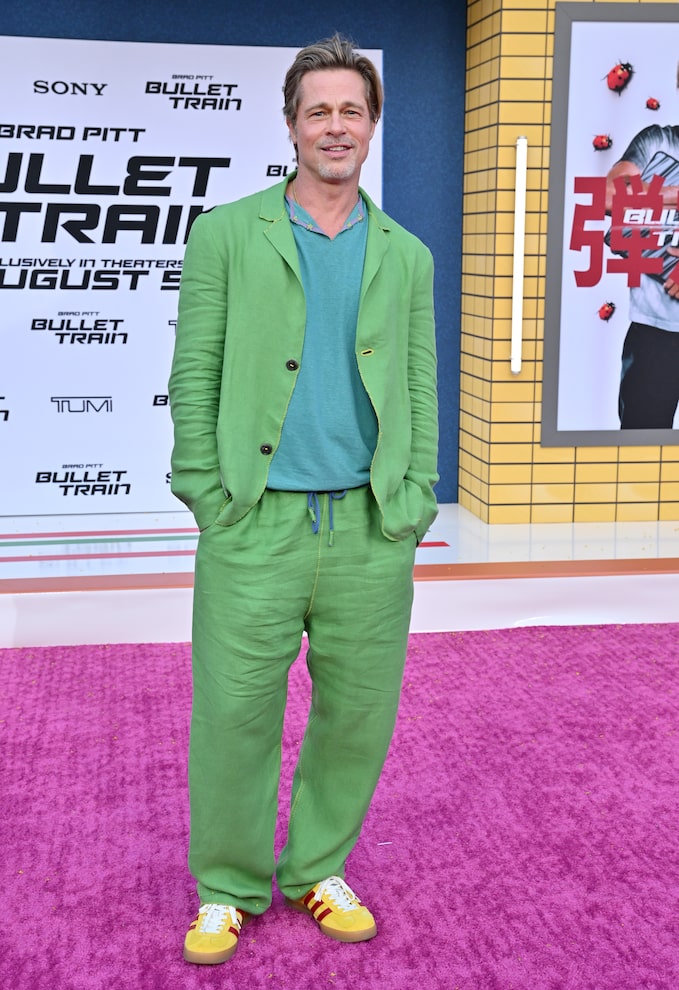 Brad Pitt has been putting on quite the fashion show as he promotes his new movie “Bullet Train” — and the L.A. premiere was no exception!

“Extra’s” Rachel Lindsay caught up with Brad, who was dressed in a lime-green suit, as he talked about fashion, his friendship with co-star Sandra Bullock, daughter Zahara attending Spelman College, and more.

Rachel commented on his recent gone-viral fashion moment when he wore a skirt by Haans Nicholas Mott at the film’s Berlin premiere. He smiled, noting, “It’s a bit cooler tonight.”

When Rachel asked if he could believe it went viral, he said, “My policy is to stay blissfully naïve. I heard there were some rumblings, but I really just go my own way.”

“Bullet Train” follows five assassins trying to complete their individual missions — at the expense of each other — while aboard a high-speed commuter train in Japan.

Brad and his co-star Sandra each appeared in the other’s latest film, with Brad saying, “I owe Sandy so many favors. One time, I called her to host a 10,000-person event and she was on holiday and she left her holiday, got a gown, and was there the next day. She is an angel of a friend.”

The Oscar winner said he owes her at this point. “I probably have to be in all her films for the rest of my life.”

Lindsay commented that he seems so easygoing, asking what he’s learned in recent years. He told her, “We’re going deep,” explaining that he’s learned that “it is going to be alright, don’t sweat it, let it go.”

Rachel also asked about his recent purchase of a home in Carmel, referring to it as a bachelor pad.

“I guess I am,” Brad acknowledged,” and it is a pad. Why not…? It’s a place I have been in love with since the ’90s and it was a lovely owner… The opportunity came up, and I couldn’t pass it up.”

He recently dropped a hint he might be in the final chapter of his career. Pitt told Rachel, “There’s like youth to young adult, young adult to middle age, and then there’s just past middle age — and that’s the last run.” 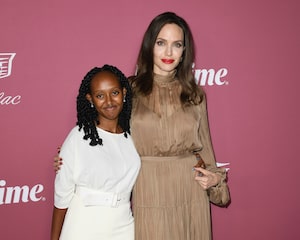 On a personal note, Rachel told Brad her sister attended Spelman, and he said, “Beautiful,” as she congratulated him on his daughter Zahara getting into the historically Black college for women.