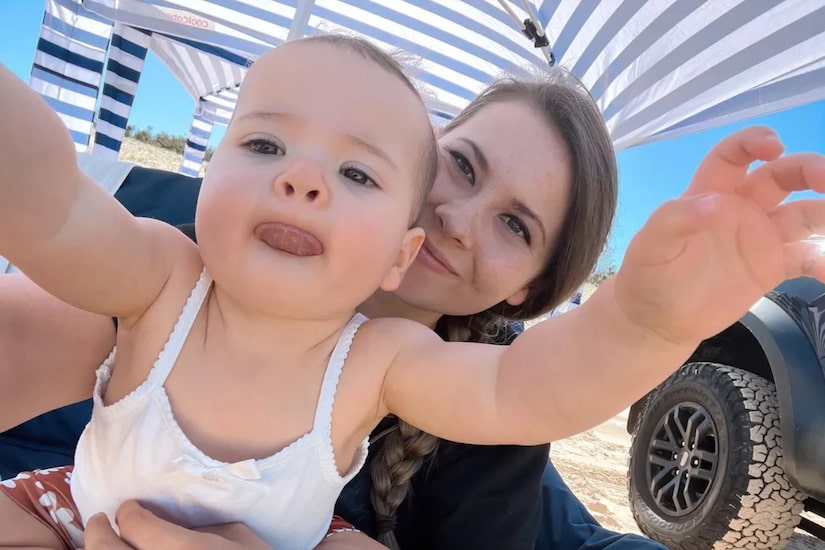 Irwin shared an Instagram video of the 16-month-old looking at pictures of the late Steve Irwin at the Australia Zoo.

Grace then waves to the picture as her mom says, “Good girl. I love you, sweetheart. Grandpa Crocodile loves you, too.”

Bindi’s husband Chandler Powell wrote in the comments, “Her little wave gets me every time😍.”

Irwin shared in the caption, “We have a little construction going on to make our Tasmanian devil habitat @australiazoo even more beautiful. Grace’s favourite part? Visiting Grandpa Crocodile. All the love.”

Steve tragically died in a stingray attack in 2006 while filming a documentary in Australia. He was just 44 years old.

Bindi, who is following in his footsteps as a conservationist, honored him with a tattoo earlier this year.

In January, she shared the new ink on her arm in her dad’s handwriting.

She explained, “The words I spoke to our daughter as I held her for the first time in my arms were, ‘My graceful warrior.’ That’s how her name was born.”

Irwin added, “This is my dad’s handwriting to keep him with me, always,” adding, “Our dear alligator, Daisy, is next to these words to represent our conservation work as Wildlife Warriors.”