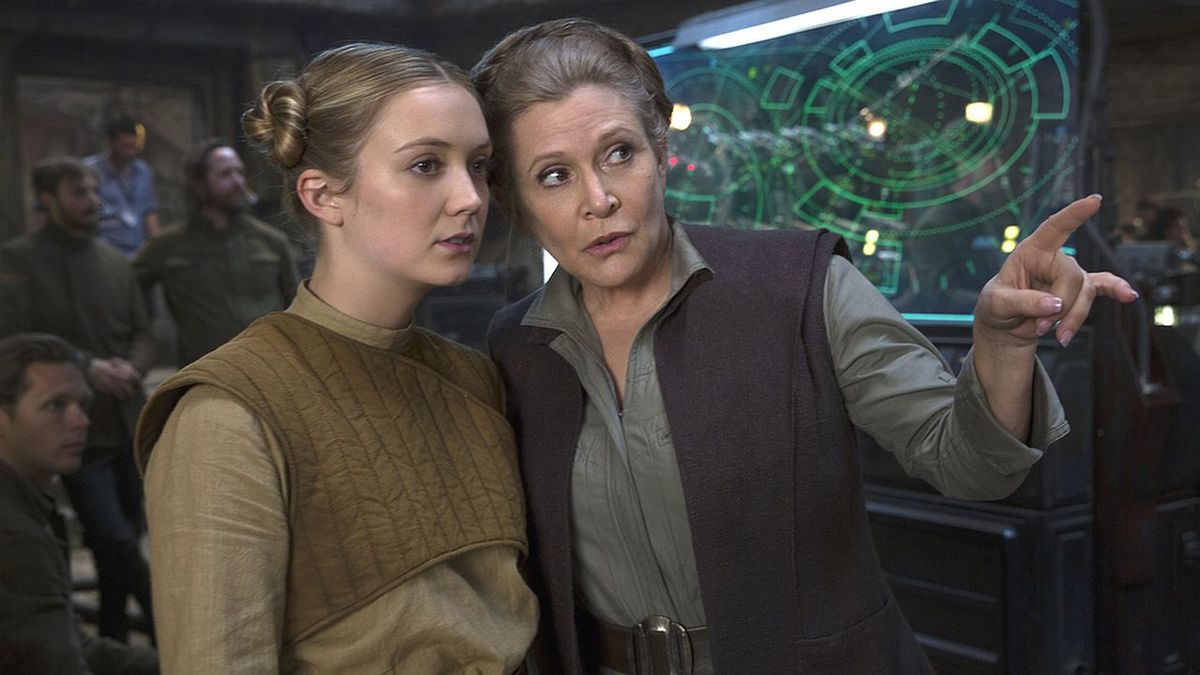 Actress Billie Lourd certainly had a unique experience growing up. One can only imagine what it was like growing up as the daughter of Carrie Fisher. Based on the Carrie Fisher that we all saw in interviews, it looks like being her daughter would have been a laugh riot, and Lourd confirms that humor was important in that family.

Billie Lourd appears in the new rom-com Ticket to Paradise alongside George Clooney and Julia Roberts and she gets to show her comedic chops once again. Speaking with ABC it’s remarked that Lourd is clearly comfortable in comedy, and the actress says that being funny was basically a requirement in her household. Lourd explains…

The statement is, itself, a joke, of course, but in its own way it likely proves the point to be true. It would be difficult to imagine living in the house of Carrie Fisher and not becoming funny by pure osmosis. Everybody seems to have a funny story about Carrie Fisher. Seeing Fisher in interviews, she was always ready with a joke and could have everybody both in front of and behind the camera, in stitches.

If you., somehow, were not a funny person in the Carrie Fisher household, it probably would be a nightmare. One can imagine Carrie Fisher had plenty of jokes aimed her daughter’s way, and so the only way to defend yourself would be to learn how to throw them right back at her.

While Billie Lourd initially came to our attention the same way her mother did, through the Star Wars franchise, she has branched out since then playing all sorts of roles, but one of the most memorable was her supporting role in the comedy Booksmart, where she got to really show off her ability to be funny.

In Ticket to Paradise, Lourd will play Wren, a friend to Kaitlyn Dever’s Lily, who is planning a wedding to somebody she just met. Clooney and Roberts play Lily’s divorced parents, who team up to try and stop the wedding. Where Lourd’s character falls into all this is unclear, but certainly the opportunity for some solid comedy from Lourd is there.

It’s clear that Billie Lourd and Carrie Fisher had an incredibly close relationship. Lourd has continued to honor and remember her mother via social media posts, and even comments like this one, several years after she passed away. Lourd has talked about how important her sense of humor is to her because she got it from her mother.