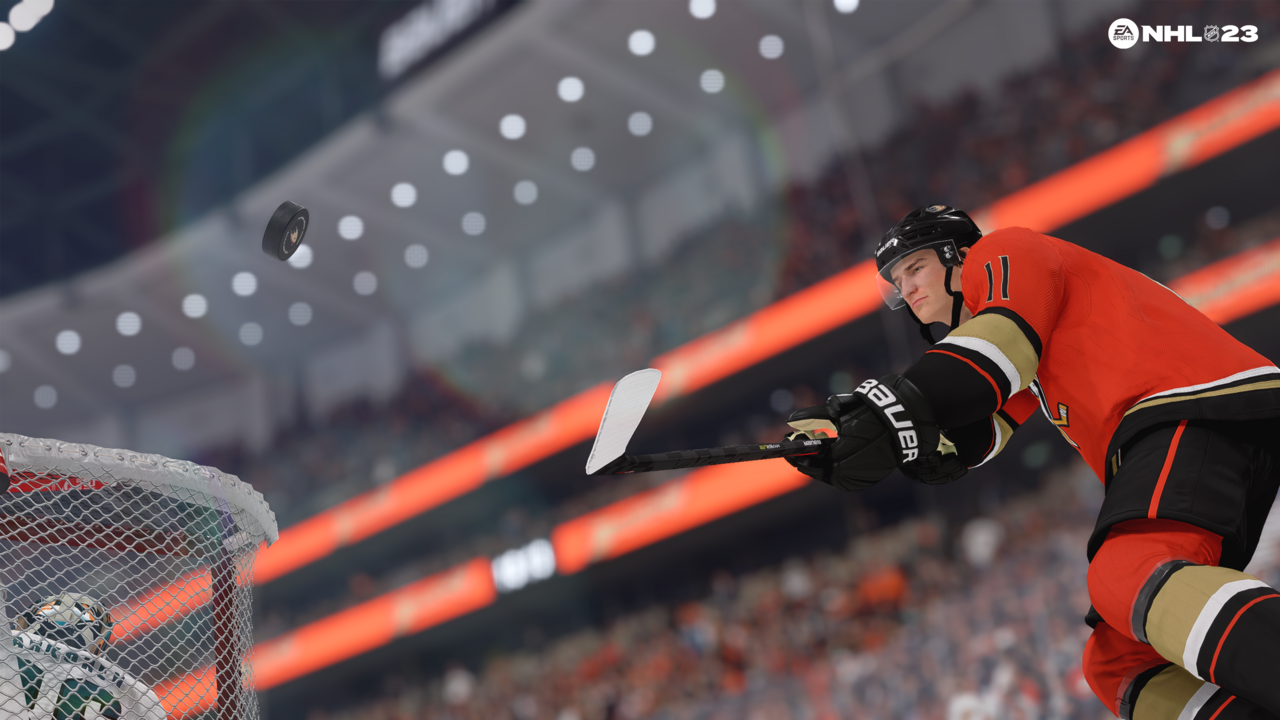 With the release of NHL 23 quickly approaching, EA has officially revealed the top 10 Right Wings in the game. This is the first position group that’s been given OVR ratings ahead of the game’s launch on October 11. More positions will follow later this week, but for now, we can have a look at the highest-rated Right Wings in NHL 23.

Below, we’ll list the top 10 Right Wings by their OVR rating. Keep in mind, that these ratings are subject to change throughout the year depending on how a player performs. However, players shouldn’t expect too much change, as these Right Wings are extremely consistent year over year.

We’ll begin with the top-rated RW in NHL 23 and then go down the list until we reach the 10th-best RW. Along the way, there might be some controversy depending on who you’re a fan of, so prepare for either relief or outrage.

Chicago’s Patrick Kane comes in at the number one spot this year, as he did last year in NHL 22. However, for NHL 23, he’s been given a slight bump in the ratings, going from a 92 OVR to 93 OVR. It’s difficult to argue against Kane as the top RW in the NHL; he’s been as consistent as a player can be for over a decade. There have been some questions about Kane’s two-way play as of late, as his defensive stats haven’t been great. It seems EA is prioritizing his offensive prowess with his rating, though. Kane had the second-most points among all RWs last season. While the Blackhawks haven’t necessarily been the class of the NHL recently as they were in the 2010s, Kane is still the focal point for the team heading into the 2022-2023 season.

Speaking of consistency, the most decorated RW currently in the Eastern Conference is next up on the list. Tampa Bay’s Nikita Kucherov is the ultimate difference maker on the ice. When he’s not playing, the Lightning score less and don’t win as often. That immediately changes when Kucherov takes his spot on the top line for Tampa Bay. Kucherov nearly led the Lightning to back-to-back-to-back Stanley Cups, and should help keep the team in contention next season.

One of the players that stopped Nikita Kucherov and the Lightning from winning their third Stanley Cup in a row was Mikko Rantanen of the Colorado Avalance. Rantanen enjoyed a return to form last season, scoring nearly 30 more points than he did in 2021 (92). He also enjoyed scoring a career-high 36 goals en route to helping the Avalanche hoist the Cup. Playing on the right side of Center Nathan MacKinnon on Colorado’s top line should help Rantanen continue to have a similar amount of success in 2022 as he had in 2021.

Here’s where some controversy comes into play. While Boston’s David Pastrnak has been a model of consistency in terms of goal scoring the past few seasons, some believe he was rated too highly above the player that you’ll see below him in the ratings. However, putting that aside, there aren’t many better pure goal scorers in the NHL than “Pasta.” He spent time on the Bruins’ “Perfection Line” and the second line last season, providing a boost to each line’s goal output. It’s looking like he’ll start the 2022 season on the second line with David Krejci and Taylor Hall, which should give him ample opportunities to score and put up points. Of course, the majority of Pasta’s goals will likely come on the powerplay when he’s surrounded by Patrice Bergeron and Brad Marchand.

The Toronto fan base is up in arms about Mitch Marner’s spot on these ratings. Any Maple Leafs fan will argue that he deserved to at least be rated above Pastrnak, but that might be some Boston/Toronto rivalry coming into play. In all fairness, though, Marner has been a member of the First All-Star Team as a RW for the past two seasons, and he’s put up the numbers to back that up. Marner scored 20 more points than Pastrnak and five more points than Rantanen in 2021. Although, Pastrnak did score five more goals in 2021. Regardless, Marner was still given a 90+ rating in NHL 23, and he should be a force on the ice in 2022.

One of the biggest trades of the 2021 NHL offseason involved the Ottawa Senators trading for Chicago’s Alex DeBrincat. This was part of the Senators’ initiative to become more competitive in the Eastern Conference. The team landed a player who’s shined on some terrible Blackhawks teams. DeBrincat semi-broke out in 2021, scoring a career-high 78 points and tying his career-high in goals (41). The new Senator is projected to be the team’s second-line Right Winger, playing alongside fellow newcomer Claude Giroux and Tim Stützle, giving him a chance to really shine alongside terrific passers.

The Captain of the Vegas Golden Knights has been a mainstay on the list of top RWs in the NHL, and that’s not changing in NHL 23. While Stone was out for most of the 2021 season, EA is clearly predicting a rebound season for the veteran winger. Stone should be able to eclipse 500 career points this season as long as he can stay healthy.

There were some calls for Carolina’s second-line RW to be rated above Mark Stone, but EA feels differently, at least for now in NHL 23. Andrei Svechnikov has been one of the Hurricane’s best players the past couple of seasons, and has only gotten better since he came onto the scene in 2018. Svechnikov had career-highs in goals and points last season, helping lead a prolific Carolina offense to the second round of the playoffs. Entering his fifth season in the NHL, Svechnikov should continue to put up solid numbers on a Hurricanes team that hasn’t changed much since last season.

Somehow, someway, after spending a decade in the NHL, St. Louis’ veteran right winger, Vladimir Tarasenko, managed to put up a career-high in points last season. Tarasenko has been a mainstay on the Blues’ top line for quite a while, and it doesn’t appear like he’s going to drop off anytime soon. The veteran RW certainly enjoyed a breakout season from his center, Robert Thomas, during the 2021 season, and that combination should continue to create scoring chances anytime they’re on the ice. Tarasenko might not be the best RW in NHL 23, but he should definitely be an enjoyable player to control.

The St. Louis Blues are the only team to have two RWs in the top 10 of NHL 23. Jordan Kyrou had the definition of a breakout campaign in 2021, more than doubling his previous career-high in points and scoring 27 goals. The Blues have a lethal RW combination on their top two lines in Tarasenko and Kyrou. While Tarasenko might have a stronger overall line, Kyrou has Ryan O’Reilly at center and Brandon Saad at LW. Kyrou should continue to get scoring opportunities this upcoming season with those two players skating beside him.

That does it for the top RW in NHL 23. EA will continue to release the ratings for more position groups throughout this week, so keep an eye out for those soon. 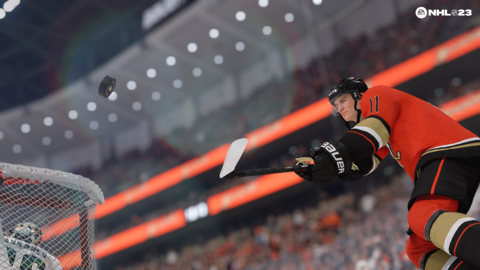