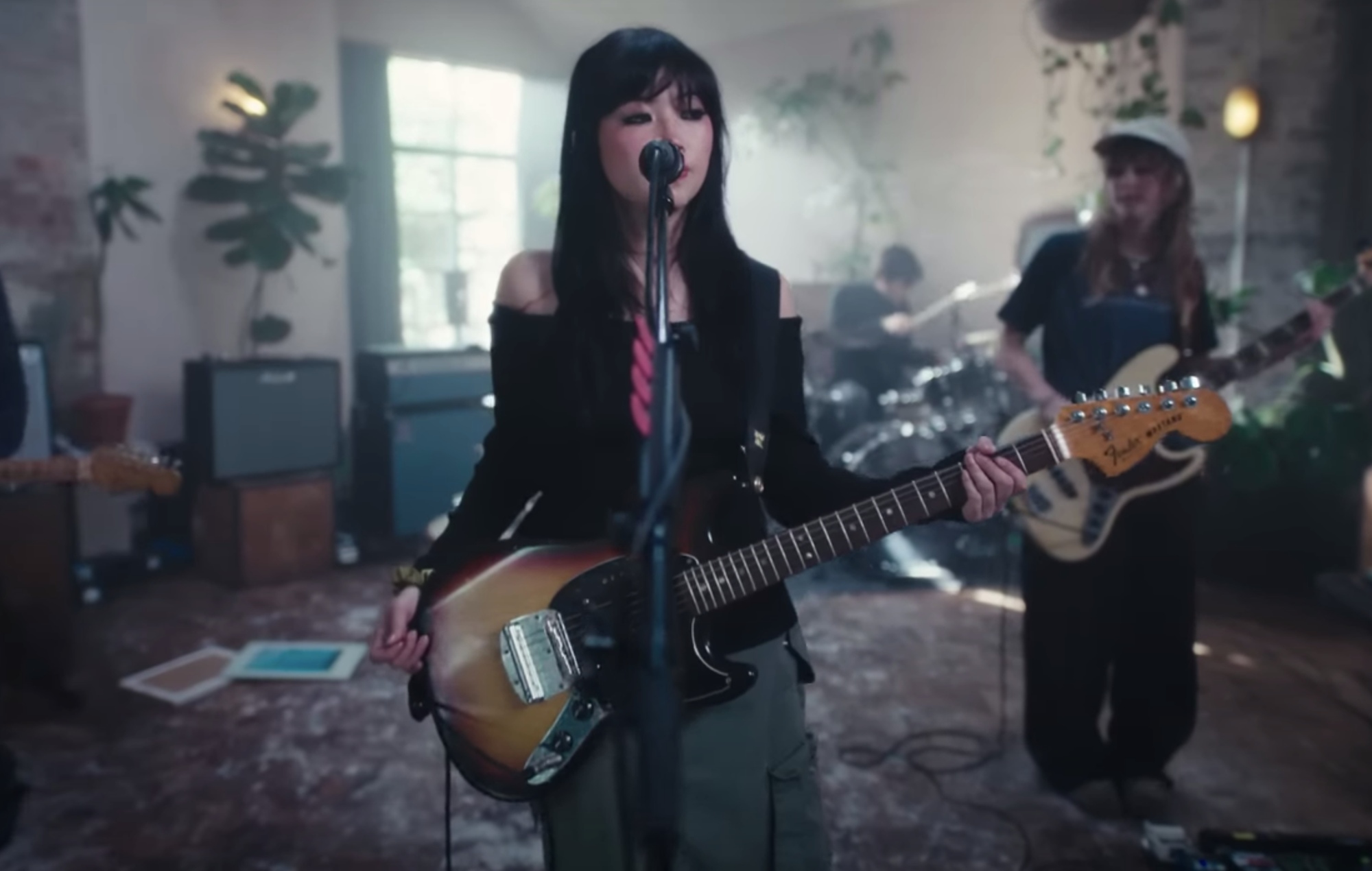 Beabadoobee has shared a new live performance video for her latest single, ’10:36’ – watch below.

The video – which was uploaded onto the artist’s YouTube channel yesterday (June 21) – sees Beabadoobee and her backing band rip into the new track in the middle of a messy room with glassware, vinyl records and plants cluttering the space.

The new video comes a week after the singer-songwriter released ’10:36’ onto streaming platforms.

You can watch Beabadoobee perform ’10:36’ below.

Prior to ’10:36’, Beabadoobee released ‘Talk’, ‘See You Soon’ and ‘Lovesong’ in March, April and May respectively. All four tracks will feature on her upcoming second studio effort, ‘Beatopia’.

‘Beatopia’ is slated to release on July 15 and can be pre-ordered here. The upcoming album will reportedly see Beabadoobee “traverse fuzzy rock, classic singer-songwriter, psychedelia, midwest emo and outright pop” as the musician remains “undeniably herself throughout”.

The 14-track album will also feature fresh songs like ‘Tinkerbell Is Overrated’ featuring PinkPantheress, ‘Picture Of Us’, ‘Beatopia Cultsong’ and ‘You’re Here That’s The Thing’ among others.

The singer-songwriter is also due to hit the road for a UK and Ireland tour in the autumn, kicking off at the Olympia Theatre in Dublin on October 4 before wrapping at the O2 Brixton Academy on October 19. Check out the complete list of tour dates here.

You can purchase tickets here.