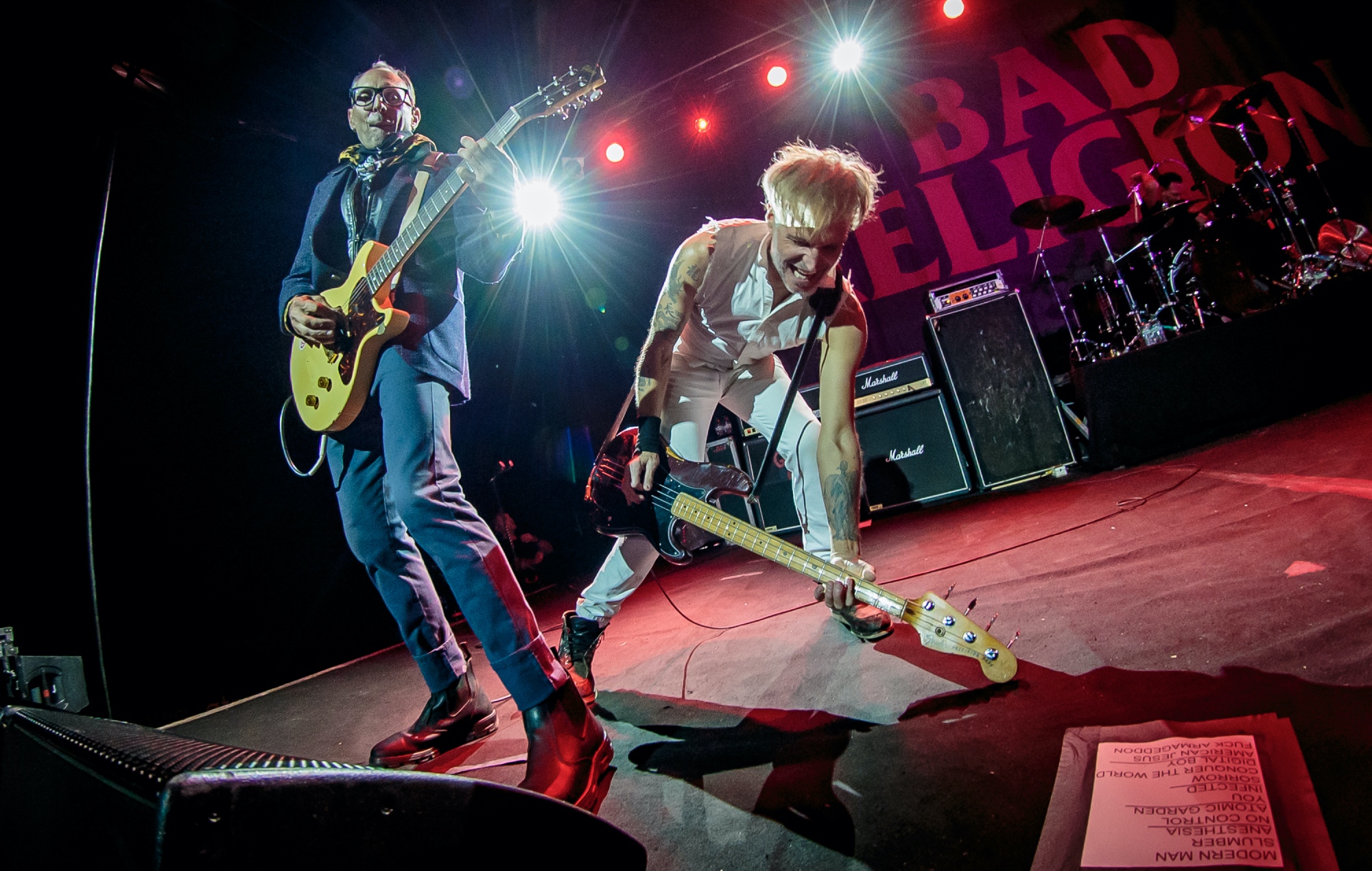 Bad Religion have cancelled the remainder of their European and UK tour due to a “family emergency”.

The band had been scheduled to perform at the Rebellion Punk Music Festival in Blackpool tomorrow (August 4) before returning to London to play at House Of Vans on Saturday (August 6).

A run of European dates were then set to take place between August 8 and 19, concluding with a gig in Oberhausen, Germany.

Taking to social media this week, however, Bad Religion announced that these shows will no longer go ahead as planned.

“There has been a family emergency within the band, and as a result, we must cancel the remainder of our UK and European tour dates for this year,” their statement read.

“We apologise for any inconvenience, and thank you for your patience and understanding.” You can see the post below.

The group are due to return to the road in the US in September for a string of festival appearances, including Riot Fest and Louder Than Life. Check out the full itinerary here.

Bad Religion released their 17th and most recent studio album, ‘Age Of Unreason’, back in 2019.

In January 2021, they shared the track ‘Emancipation Of The Mind’ – an outtake from their latest record – in celebration of Joe Biden becoming the 46th president of the United States.

Earlier this year, frontman Greg Graffin revealed that the band had been working on new music. “We’re working on new stuff, but we’re fine with playing songs fans are familiar with – we’ve covered a lot of ground over the years,” he explained (via Blabbermouth).