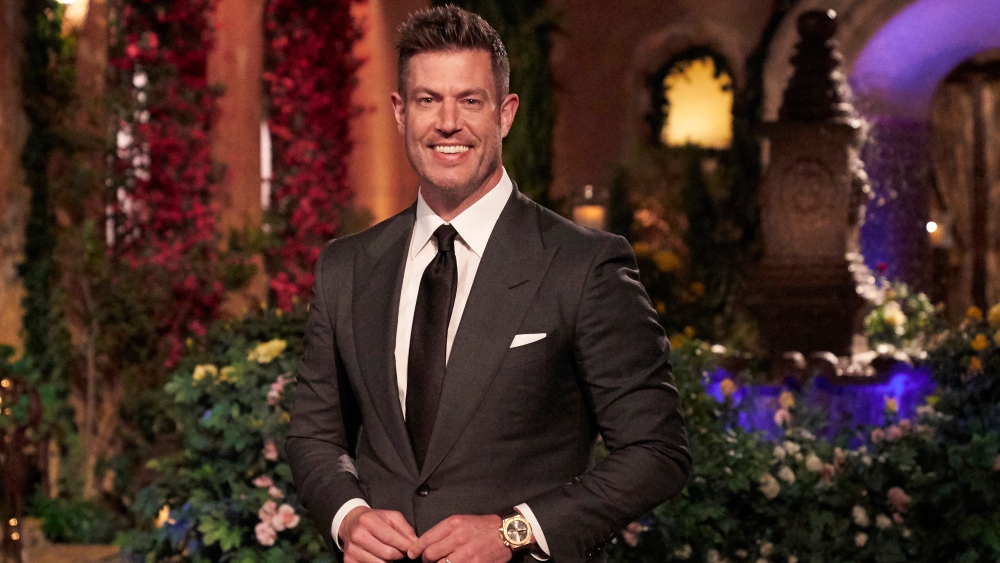 Jesse Palmer is back for his second season as “The Bachelor” host, which premieres Monday night with new leading man Zach Shallcross.

Palmer — who was named the franchise’s new host after Chris Harrison’s departure in 2021 — says the upcoming season is the most “emotional” and “nostalgic” ever, with a heavy emphasis put on relationships, rather than gratuitous drama.

“This was easily the most emotional season I’ve been a part of,” Palmer says of Season 27.

Speaking of the season’s star, Shallcross, the host says, “He is very focused on finding love and finding his person, and he’s so intentional about it. This season, in a lot of ways, feels a little bit more like a throwback season of ‘The Bachelor,’ in the sense that it’s really more about the love story than it is about the drama.”

Last week, in an interview with Variety, Shallcross teased that his journey has a positive ending, unlike some recent seasons that have ended in heartbreak, cheating and on-camera breakups.

Below, Palmer chats with Variety about Shallcross’ season, future “Bachelorette” and “Bachelor” picks, if the long-awaited senior citizens season is ever happening and whether he’s listened to Harrison’s new podcast.

Zach is unlike some other “Bachelor” stars in that he appears to be very even-tempered and not so dramatic. So where does the drama come from this season?

That’s a great question, and I think you hit it right on the head. In a lot of ways, Zach is mature beyond his years. Now, obviously, there’s always going to be drama — anytime you bring 30 women in on one night, tempers flare, it gets emotional and you’ll certainly see a lot of that — but Zach is just not really the type of guy that plays into the drama and he makes that pretty evident early on in the journey.

Do you think that’s one of the reasons why Zach was chosen to be “The Bachelor,” so that the season could be focused on love more than drama?

I’m not privy to any of those discussions and I don’t play any part into who gets chosen to become “The Bachelor” or “The Bachelorette,” but I would imagine that would have something to do with it. During Rachel and Gabby’s season, I think you saw just how serious he was taking the whole process and that he had fallen in love with Rachel, and obviously he did experience some heartbreak. Hosting this season, it was very evident to me just how intentional Zach was with the women and what he was looking for, and one of his biggest priorities that he had from night one all the way through the season was to give time to every single woman an opportunity. He wanted to give each and every one of these relationships an opportunity to develop.

Do you think his experience on “The Bachelorette” with the Rachel break-up contributed to that?

I think a big part of that was his own experience and understanding how it all works. He saw firsthand how things can be derailed and the different journeys can go off-track, so I know he definitely wanted to avoid that as best as possible. I also think it just speaks a lot to his maturity. And again, his main focus in all of this is finding his person and his best friend. That was the ultimate end goal for Zach, and he never takes his eyes off of that throughout the entire season.

So, would you say that he reaches his goal of meeting his forever person?

I just saw him and Zack is extremely happy. He wouldn’t change anything with respect to his journey and how it unfolded. He is just over the moon. I guess that’s open to interpretation – without giving anything away, he’s extremely happy.

Is there a major shock or an unforeseen event that throws off the season and changes course of Zach’s journey?

There are unforeseen circumstances that arise in a lot of different variations. I can’t say anything specifically because of the risk of giving anything away, but what I would say, at least during my time as the host within the franchise, this was easily the most emotional season I’ve been a part of.

So many women got out of the limo on night one and said, “I’m here because you were chosen as ‘The Bachelor.’” They were so happy it was Zach, and I think because a lot of these women were already emotionally invested and hoping to find love with Zach, that leads to maybe some heartbreak and certainly some drama. Zach is also a really emotional guy himself. The last thing he ever wants to do is hurt anybody, and he’s just so thoughtful and considerate about people’s feelings. The goodbyes for Zach throughout this process are really, really, hard. Maybe “emotional drama” is a good way to frame it because there’s easily more emotion than any of the shows I’ve hosted.

Are there any standout contestants from the cast to keep an eye on this season?

I know you’re not involved in casting, but do you know if the next “Bachelorette” star will come from Zach’s season?

I’m not privy to those conversations, but if I were part of that discussion, I don’t think there’s one frontrunner — I would say there’s probably a couple frontrunners. I don’t envy the people that make those decisions because I don’t think that’s very easy.

After having hosted last season of “The Bachelorette” with both Gabby and Rachel, do you think that the format works having two leads?

I think two leads definitely works. At the end of the day, what’s important is the people that are in that role, and I think certainly Rachel and Gabby were very deserving of that opportunity. Moving forward, I don’t know what their plan is, whether or not they’re thinking about maybe having two Bachelors down the road. Every journey is so personal, and so unique. It’s not to say that if it ever were to happen again that would end up with the same problems, or same positives that unfolded.

Do you know if there’s any conversations about doing a season of “The Bachelor” with two men leading a season?

I’m hoping for, like, five. Just get a bigger house! [Laughing] I actually don’t know. I’m not sure if that’s come up or not.

After last season of “Bachelor In Paradise,” a lot of people are rooting for Rodney to be cast as “The Bachelor.” Do you think that could happen?

Totally. I’m a huge Rodney fan. I think he has all the qualities, and I think he’s so deserving. He’s one of the sweetest guys I’ve ever met in my life with a huge heart who deserves a chance to find love. So absolutely – and again, I don’t make these decisions, but it’s easy to see that he’s a fan favorite.

Which show is more fun to host: “The Bachelor” and “Bachelorette,” or “Paradise?”

They’re just totally different. “Paradise” is like “The Bachelor” on crack. It’s just a whirlwind roller coaster. It’s like herding cats on “Paradise.”

There are continuous promos for casting for a senior citizen version of “The Bachelor,” which has been teased for a while. When is this going to actually happen?

I don’t know. I wish I was an executive so I could answer all of your questions that, unfortunately, I can’t answer for you. I hope it happens. I think it would be incredible.

I’m not sure if you’ve listened to it yet, but what did you think about Chris Harrison’s podcast where he said he thought Wells Adams should have been named host of the franchise after he departed?

I have not heard the podcast at all. But knowing how much Chris is into pop culture, I think that’s an awesome platform for him. So, yeah. Unfortunately, I just haven’t heard too much.

Did you ever talk to Chris when you took the reins as host?