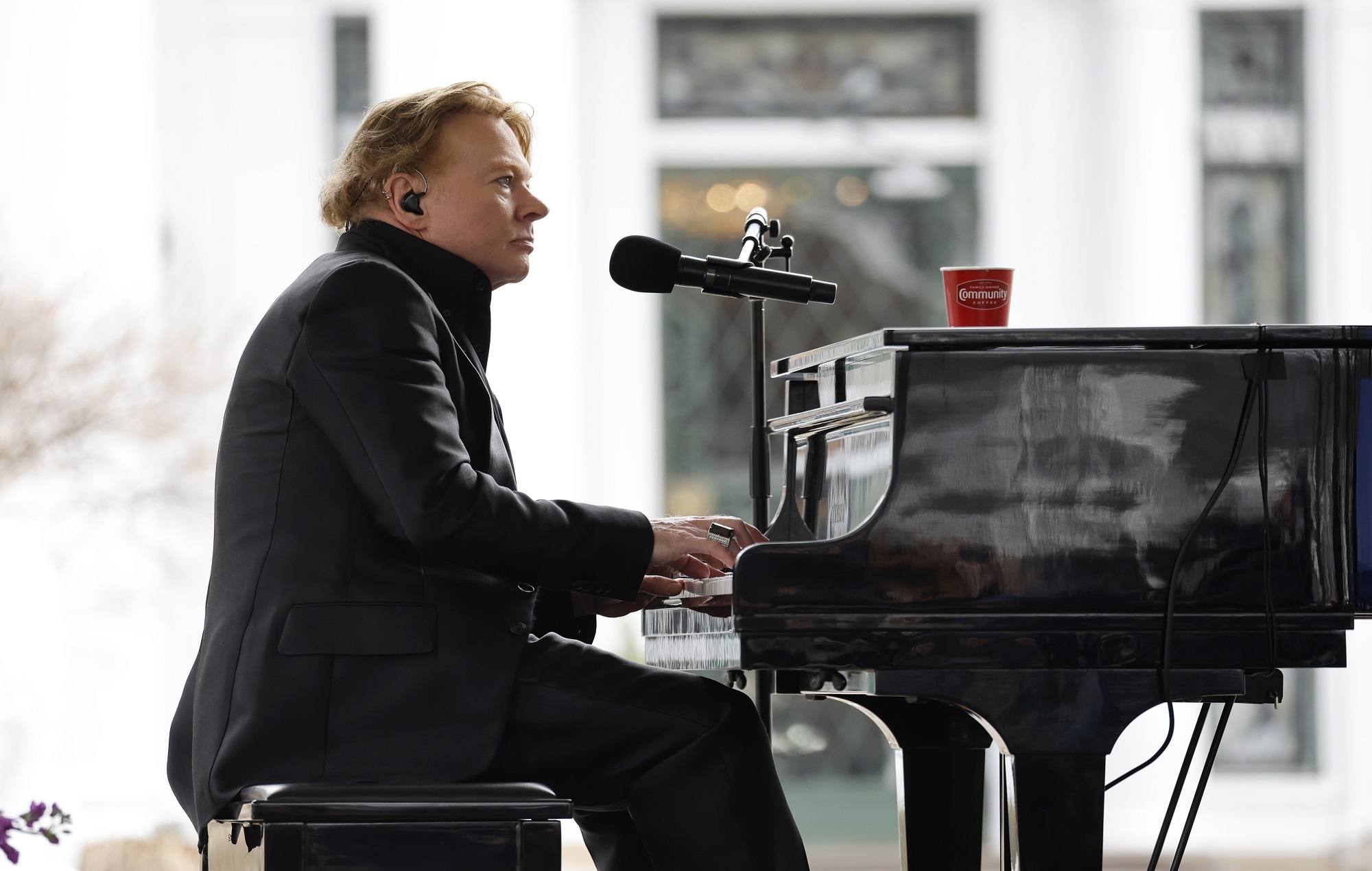 Axl Rose has revealed that Lisa Marie Presley asked him to play ‘November Rain’ in the event of her death.

The Guns N’ Roses frontman was among a host of musicians who paid tribute to the late singer during her public memorial earlier this week. The memorial service took place on the front lawn of the Presley family’s Graceland home and museum in Memphis, Tennessee.

Rose began his tribute performance with a eulogy for his late friend. “I do know Lisa loved her family very much, and was fiercely protective of her father and his legacy”, he said. “I never in a million years imagined being here, singing under these circumstances”.

Rose then performed a solo piano rendition of the 1991 Guns N’ Roses song.

Following the service, he told Entertainment Tonight: “I didn’t really know I was going to speak or anything, and I still feel like I don’t know that I deserve to be here. But I wanted to do right by her and her family and the fans. So it meant a lot, I was pretty nervous and emotional up there about it. When I wrote it, I was calm – but not saying it.”

Rose went on to say that she actually wanted him to play it at the service.

“Yes, it was my understanding she had actually talked about, if the situation… So that’s why I was asked to do it. So of course I had to be here,” the singer added.

Earlier this month, Rose had paid tribute to his friend in a statement following her death, saying “her passing, just as her son’s, or as a kid, her father’s, doesn’t seem real”.

Lisa Marie Presley, the only daughter of Elvis and sole heir to his estate, died at the age of 54 on January 12 after suffering a cardiac arrest at her Calabasas home.