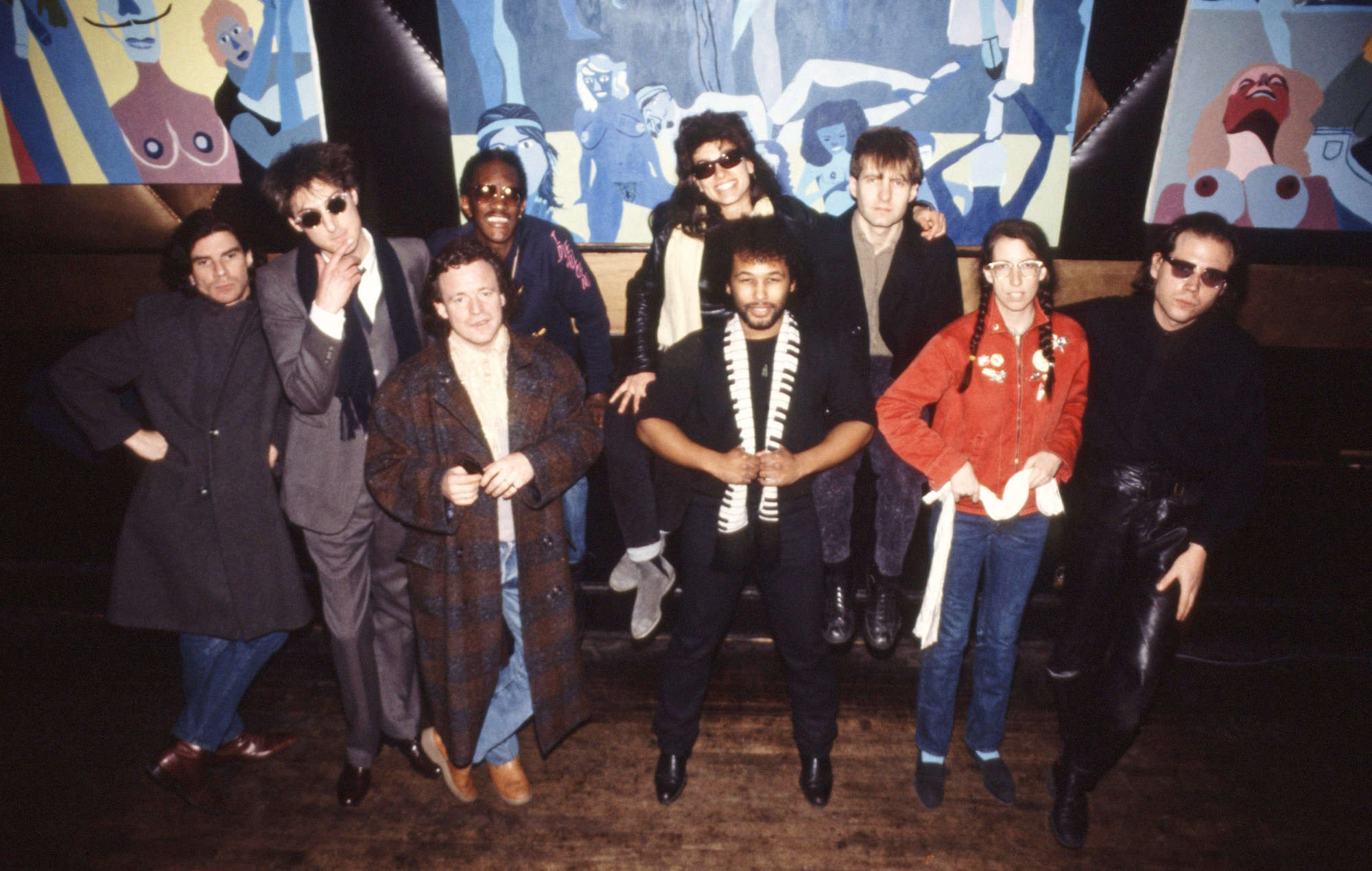 Anton Fier, a drummer, composer, bandleader and producer who was an early member of The Feelies, formed the Golden Palominos and collaborated with countless other artists throughout his career, has died.

News of Fier’s death was shared by Syd Straw, who performed with Fier in the Golden Palominos in the 1980s, playing live and contributing vocals to 1985 album ‘Visions of Excess’ and its follow-up, 1986’s ‘Blast of Silence (Axed My Baby For a Nickel)’.

“Devastated to tell you of the sorry demise of Anton Fier, who never realized how loved he was,” Straw wrote on Facebook on September 21. The Feelies paid tribute to Fier on Twitter, sharing an image of their former drummer with the caption, “Peace, Anton.”

Born in Cleveland, Ohio in 1956, Fier joined the Feelies in 1978 and, despite leaving the band a year earlier, played drums on their 1980 debut album ‘Crazy Rhythms’. Fier was also an early member of avant-garde jazz group the Lounge Lizards, playing on the group’s self-titled 1981 debut. He also performed in the Voidoids, and was briefly a member of Pere Ubu.

Fier formed the Golden Palominos in 1981, and served as its bandleader for decades, joined by a revolving cast of other musicians that consistently included bassist Bill Laswell and guitarist Nicky Skopelitis.

Headed by Fier, the band shared its self-titled debut album in 1983, and released seven more albums up to 1996’s ‘Dead Inside’. In 2012, the group released a collaborative album with Kevin Kinney titled ‘A Good Country Mile’, which served as the Palominos’ first recorded output in roughly a decade and a half.

“Anton Fier brought endless power, emotion, and intensity to all the music he created and touched,” Mould wrote on Twitter. “I learned so much about music from Anton. I’m so grateful for the time we had together. Rest In Peace, my friend.” Others to pay tribute to Fier so far include John Lurie, Jon Wurst and Jason Narducy. See those below:

Anton Fier brought endless power, emotion, and intensity to all the music he created and touched. I learned so much about music from Anton. I’m so grateful for the time we had together. Rest In Peace, my friend. pic.twitter.com/nYQvOXLT0N

Had to get way inside his immense drumming when learning “Workbook” songs. A TITAN. https://t.co/dkIuRjTBHv

Very sorry to hear about the passing of Anton Fier.
The Lounge Lizards would never have gotten off the ground without him.
He showed us how to work on music. Demanded it. pic.twitter.com/VsmUVSuYzd

Very sorry to read on Syd Straw’s Facebook page that the great Anton Fier has died. A Cleveland (and beyond) legend who worked with so many greats (Bob Mould, Bill Laswell, John Zorn) and founded Golden Palominos. “Alive and Living Now” is life-affirming. https://t.co/9ppX3wQ9PH

Very sad to report that drummer extraordinaire Anton Fier has died. Unfortunately, we have no further information at this time. 😢

Anton, a Cleveland native, played with Peter in Friction from the summer of 1976 until January 1977. He was also later a session drummer of note 1/ pic.twitter.com/mf3IhIWO3h