Anne Hathaway Says When She Was a 16-Year-Old Actor, Journalist Asked Her: ‘Are You a Good Girl or a Bad Girl?’ 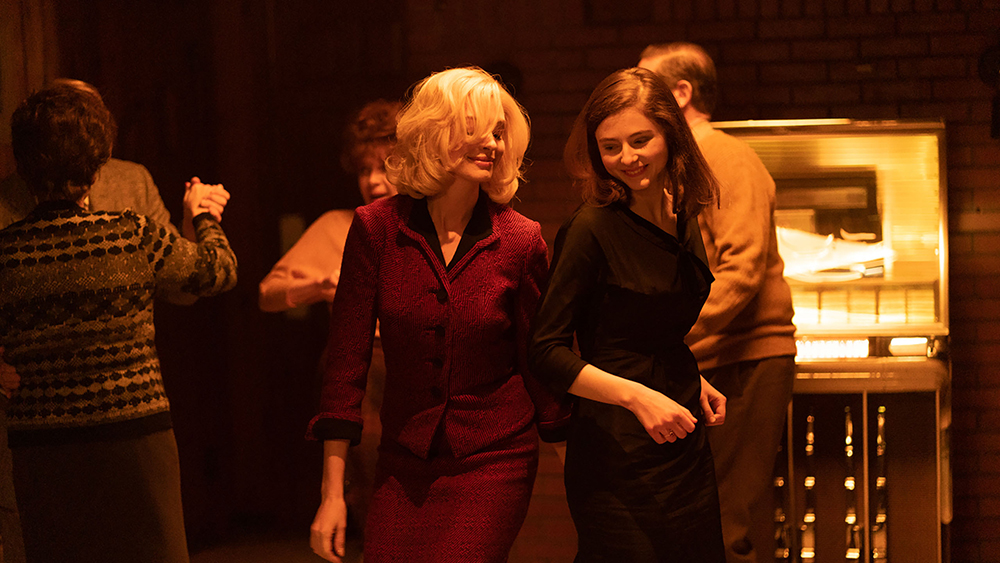 “Eileen,” a darkly funny thriller that premiered on Saturday at the Sundance Film Festival, offers up two killer roles for Anne Hathaway and Thomasin McKenzie as a psychologist and a prison secretary who are drawn together in unexpected ways. But the film carried an emotional resonance for Hathaway, she revealed to the crowd during a post-screening Q&A.

“I just remembered one of the very first questions I ever got asked when I started acting and had to do press was: Are you a good girl or a bad girl?” Hathaway said. “I was 16. And my 16-year-old self wanted to respond with this film.”

Hathaway said she decided to sign up for “Eileen” after seeing director William Oldroyd’s acclaimed 2016 drama, “Lady MacBeth,” which starred Florence Pugh as a woman trapped in a miserable marriage to a much older man.

“I thought it was an extraordinary work,” Hathaway said. “I saw a study of female complication that hit me really, really deep, and I felt like Will was a filmmaker that could be trusted to tell complicated stories, especially about females.”

As good as Hathaway is as a mysterious doctor who forms a homoerotic bond with a fellow prison staffer, McKenzie, playing a young woman who is largely overlooked and forced to take care of her alcoholic father, may deliver the film’s most surprising turn. That’s partly due to her on-screen Massachusetts accent. It’s a dialect that has bedeviled lots of accomplished performers, but one McKenzie nails despite having some geographic hurdles to overcome.

“I love my accent,” McKenzie said. “I’m a very very proud New Zealander, but I find it pretty distracting myself.”

On set, whether it’s on “Eileen” or “Last Night at Soho,” where she had an impeccable English accent, McKenzie said she speaks in the voice of her character for the duration of the shoot.

“It’s really fun at the end of a job when I break out my Kiwi accent and the crew are like what is this?” she said.

“Eileen” was adapted for the screen by Ottessa Moshfegh, the writer of the novel of the same name, and Luke Goebel (“Causeway”). Moshfegh, who has become a literary sensation with acclaimed works such as “My Year of Rest and Relaxation” and “Lapvona,” said she hopes to one day direct a movie.

As for Oldroyd, he says he believed that “Eileen” could seamlessly move from page to screen in part because of its unique tone.

Others may love it too. “Eileen” is hoping to leave Sundance with distribution, and the Eccles Theatre where it premiered was filled with studio executives. WME is handling those negotiations.