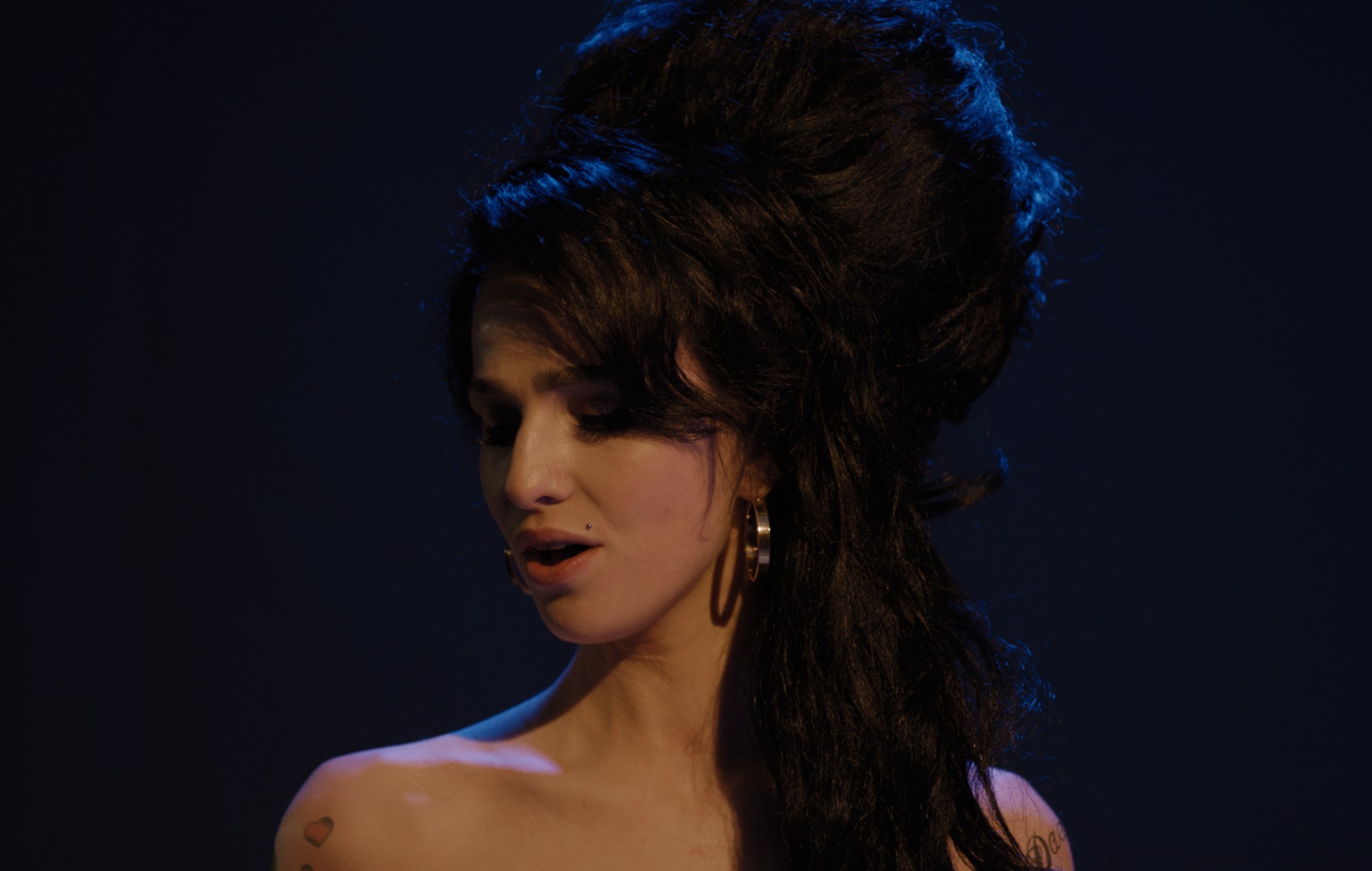 Footage showing Marisa Abela filming for the upcoming Amy Winehouse biopic has emerged online – check it out below.

The Industry actor will play the late singer in Back To Black from director Sam Taylor-Johnson, who is best known for directing the John Lennon biopic Nowhere Boy and Fifty Shades Of Grey.

Filming on the biopic began on Monday (January 16) in London, with footage being shared on social media.

As reported by Deadline, Jack O’Connell, Eddie Marsan and Lesley Manville have all been added to the cast. O’Connell is set to play Winehouse’s ex-husband Blake Fielder-Civil, who she divorced in 2009 two years prior to her death in July 2011.

Marsan will play her father, Mitch Winehouse, while Manville is set to play her maternal grandmother.

Matt Greenhalgh, who previously collaborated with Taylor-Johnson on Nowhere Boy, has written the script for the biopic. Alison Owen, Debra Hayward and Nicky Kentish-Barnes will serve as producers.

The film, which has the approval of the Amy Winehouse estate, will feature songs by the singer. “We are thrilled that Studiocanal, Focus Features and Monumental are making this movie celebrating our daughter Amy’s extraordinary music legacy and showcasing her talent in the way that it deserves,” read a statement from her estate.

According to a press release, Back To Black will “focus on Amy’s extraordinary genius, creativity and honesty that infused everything she did. A journey that took her from the craziness and colour of 90’s Camden High Street to global adoration – and back again, Back To Black crashes through the looking glass of celebrity to watch this journey from behind the mirror, to see what Amy saw, to feel what she felt.”

Winehouse’s life was the subject of the 2021 BBC documentary Reclaiming Amy, released to coincide with the 10th anniversary of the singer’s death. Her father Mitch appeared in the film, after he was openly critical of 2015 documentary Amy, directed by Asif Kapadia.