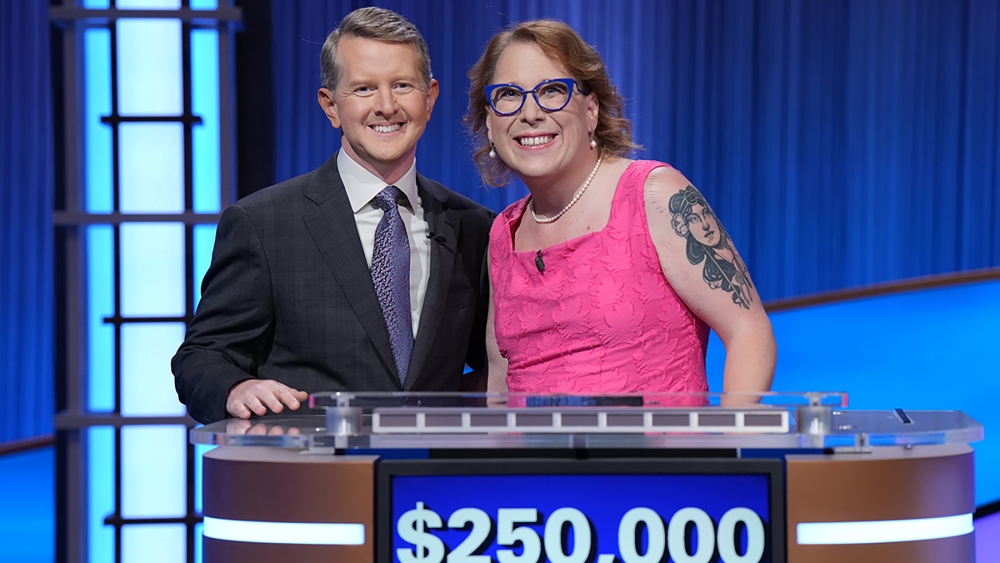 Amy Schneider, a writer from Oakland, Calif., has won the 2022 “Jeopardy! Tournament of Champions,” it was revealed on Monday. She was the first openly trans contestant to quality for the tournament, and now she’s the first to win the grand prize of $250,000.

“I feel amazing,” Schneider said after the win was announced. “Earlier in the finals, I had this sudden moment of seeing myself and being like, ‘I’m on stage in the Tournament of Champions finals,’ and that was crazy. And I won! It’s a great feeling.”

The final episode of the tournament aired Monday evening and saw Schneider go head-to-head with fellow semi-finalists Andrew He and Sam Buttrey. By the end of the final game, Schneider walked away with the $250,000 prize, while He and Buttrey took second and third place, respectively.

“Any of the three of us really could have won if a very small number of things had gone differently,” Schneider said. “I’m glad we got a really fair chance to test our skills against each other.”

The Final Jeopardy category was “plays,” and the clue read as follows: “The Jan. 12, 1864 Washington evening star reported on a performance of this ‘dashing comedy’ to ‘a full and delighted house.’”

Schneider bet $13,000 on her response, and guessed correctly with the answer “What is ‘Our American Cousin?’” The hefty gamble secured her victory with a final score of $28,600. He finished with $17,001 and Buttrey lost it all on an incorrect response.

Prior to her appearance on this year’s “Tournament of Champions,” Schneider had a winning streak of 40 consecutive games during her 2021 “Jeopardy!” debut in Season 38 — a lofty record only surpassed by current host Ken Jennings, who had a 74-game win streak as a contestant.