“Extra” spoke with the ladies after the big announcement!

Griffin, who was a former Trump staffer, shared, “I am passionate about bringing people together and not dividing them.”

While Alyssa was Trump’s former director of communications, Ana is also a self-identified conservative and big-time Trump critic.

Alyssa and Ana will be sharing the table with Whoopi Goldberg, Joy Behar, Sara Haines and Sunny Hostin. 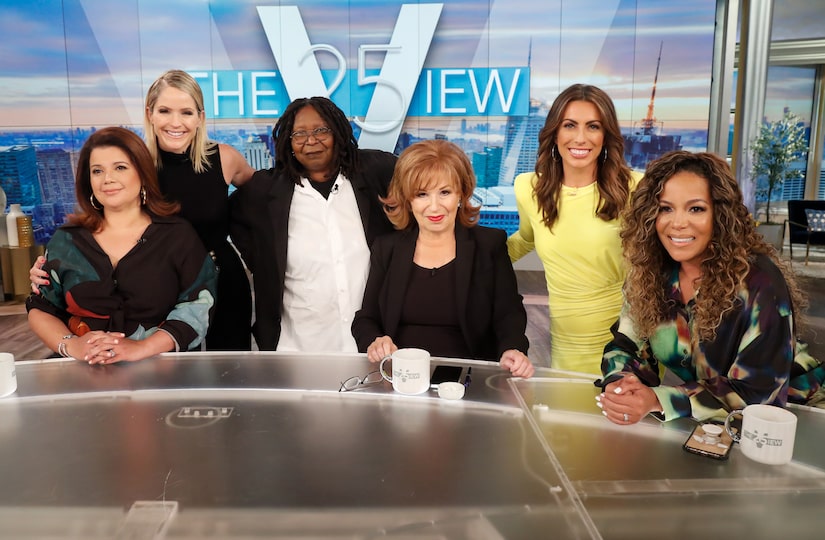 Behar shared her take on Griffin joining the show, saying, “She can handle the heat… She’s a smart girl. She used to be a Donald Trump supporter and she’s not anymore, so welcome to the fight.”

Griffin quit the Trump White House after Trump lost the 2020 election. She has condemned the January 6 Capitol riot.

She noted, “I saw what happened when you have a man like him in office. I’m still wholeheartedly a Republican, but I want to be able to sit down with liberals and have thoughtful, serious conversations, and we get to do that… We get to do it in a fun way… a sporty way… I think Sunny thinks it’s going to be a little more aggressive than that.”

Sunny shared her two cents, saying, “I’ve told Alyssa this and Ana already knows it: you leave everything at the table. We are going to disagree; I don’t know why Alyssa described things as sporty in terms of discussions. I don’t know which sport, maybe MMA?”

Haines commented, “There are respectful disagreements, but it’s not personal.”

Hostin added, “If you’re going to be sitting right next to me, you gotta be able to swing with it and I’m going to swing hard at you and she can take a punch and I like that.”

As for Ana, she’ll be splitting time between “The View” and her CNN political strategist gig.

Navarro said, “It’s wonderful to have this ability to have a platform to reach so many million viewers a day… I think representation matters. It’s something that’s incredibly important to me.. the idea that there can be somebody with a Latina accent, an immigrant on this panel speaking and representing is important.”

Ana, who has been a guest host since 2013, stressed, “I remind myself that I’m representing many viewpoints that aren’t being represented at the table. This is a platform and an iconic show that lets their voice be heard… I feel like I’m carrying those people with me and I feel they are hearing my voice and I love being with these women.”

The 26th season of “The View” is coming soon!